Imagine a future in which humans can produce a vast variety of foods with all sorts of textures and shapes at the flick of a switch. Just throw a mix into your 3D printer and, presto, gooey gorgonzola globules! Incredible!

That future is not quiiiite here yet. But it could be close. 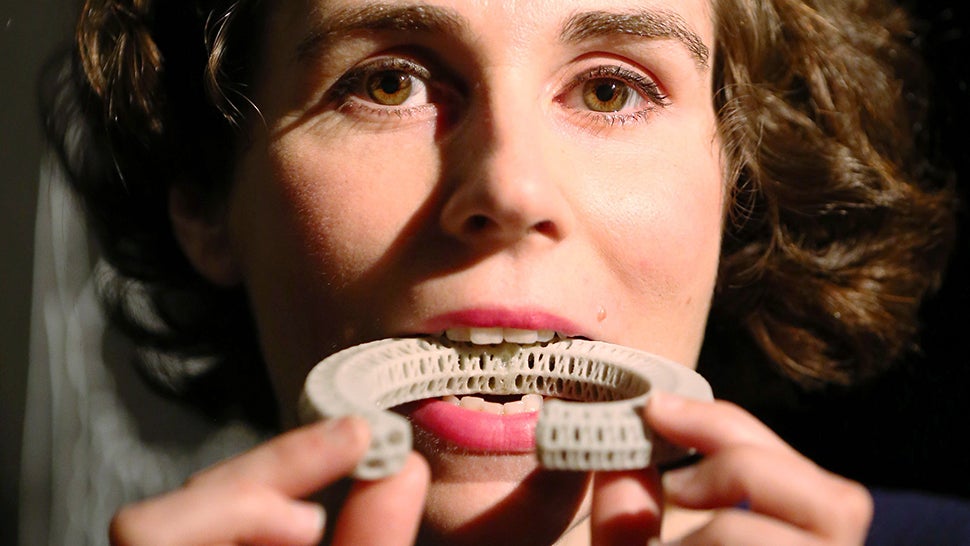 We ate some weird stuff in 2016. A person born in the year 1000 AD definitely wouldn't comprehend a Dorito. He certainly wouldn't understand why kids love the taste of Cinnamon Toast Crunch, and if you showed him a Twinkie, he'd probably burn you at the stake. But the way things are headed, our food is bound to get a lot weirder.

Scientists at the University College, Cork in Ireland wondered how the 3D printing process might change the properties of an processed cheese. The end product was substantially different from the cheese they put in, but this was likely the first time anyone had tried something like this.

“To the authors’ knowledge, no studies have focused upon the impact of additive manufacturing methodologies on the structural properties of dairy products,” the authors write in the study published last month in the Journal of Food Engineering.

The researchers started with a RepRap Pro Ormerod 1 printer, retrofitting it with a custom syringe to handle cheese instead of plastic. They first analysed melted and unmelted processed cheeses to compare their 3D printed final products to later. Then, they put cheese into their custom nozzle, and warmed it to 75C for 12 minutes. After modelling their end product in design and drafting software, they extruded the cheese at slow (4mL per minute) and fast (12mL per minute) rates.

They tried printing cylinders, which ended up looking more like a sloppy circular mess. The mascarpone bear was cute, though.

A textural analysis showed the final 3D printed products ended up gooier and less thick than what they started with, no matter how fast they printed the cheese. 3D printed cheeses were also darker in colour.

Those textural changes likely came from changes to the cheese’s molecular structure during extruding — something we’ll have to think more about if we’re hoping to 3D print more foods in the future. Processed cheese comes from mixing a blend of cheeses with butter or whey, vegetable oil, proteins, salts and water, explains the paper’s authors. Their original product started with a protein network that keeps the whole thing solid, with spherical dots of fats on the order of 10 micrometres interspersed. While melting cheese creates larger spherical fat globs after the heating process, the extruding process changed the cheese’s molecular structure fundamentally. 3D printed cheeses had breaks in their protein networks and large, misshapen, non-spherical fat balls. These differences in structure could have led to the cheeses’ softer textures.

So, no, you probably won’t see 3D printed cheese on your plate tomorrow, since scientists are only now figuring out how printing could alter the structural and functional properties of your food. But hey, if you have a 3D printer, some cheese, and a custom nozzle, we’d love to see what sloppy creations you can come up with.