David Boreanaz Is So Done With Buffy, So Please Stop Asking Him About It 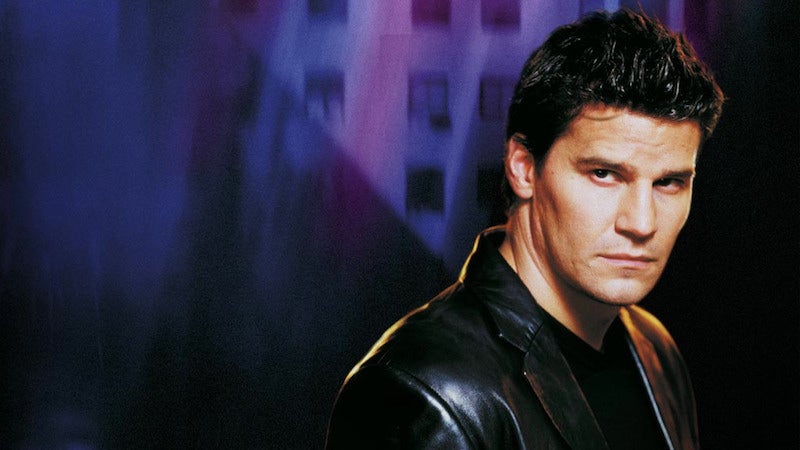 In March, Buffy the Vampire Slayer turns 20 years old. And David Boreanaz wants nothing to do with either a reunion or a remake. So just leave him alone.

Speaking to Parade magazine, Boreanaz reacted to the question of whether he'd do a Buffy remake with some stronger language than was really required:

No, never; that's done, see ya, next. I have no problem with the cult audience, and I would totally get back into the genre, but I'm not a big reunion guy. I tend to like to go forward. I don't like to go backward — except when I've got ice skates on my feet and I'm playing hockey.

And, OK, I do actually get that being constantly asked about a past project could be slightly annoying. And I also appreciate that instead of giving the usual "Who knows? We'll see! *wink, nudge, actually, never going to happen*" response, he gave a straight answer.

That said, while saying no to a remake is completely logical this many years down the line, he preemptively ruled out a reunion. Which seems... odd. Why not have the cast just do a little group interview 20 years later? Hopefully he just meant reunion episodes rather than doing anything about the show turning 20. But, man, does it sound like he never wants this show brought up.