$1300 Reward If You Know Who Stole Death Valley's Missing Fossils 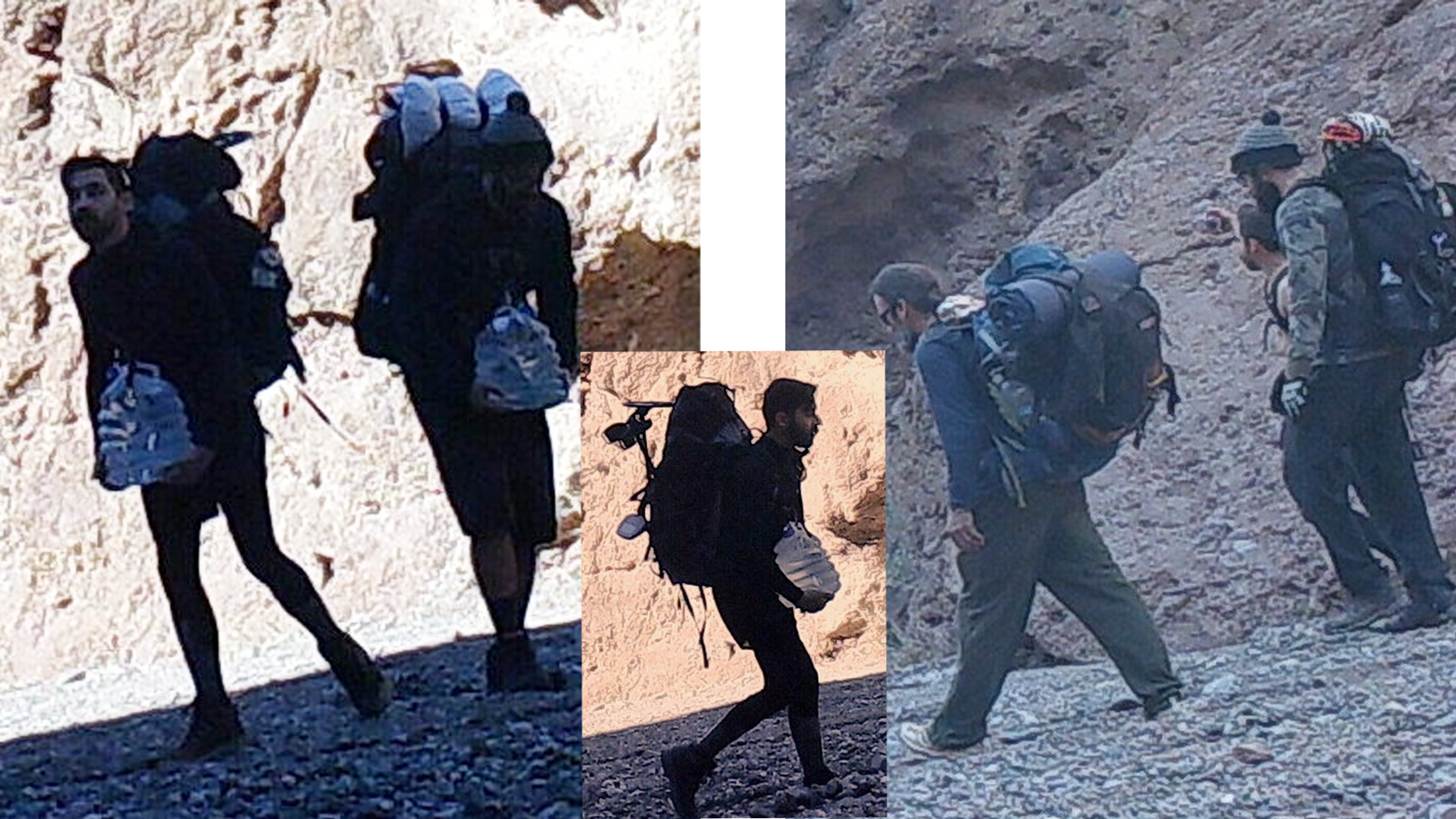 National Parks exist for everyone to share and enjoy. And when something like a fossil or footprint goes missing, it stinks for everyone, including both the public and scientists who need to know the footprint's location to help understand the animal that made it.

Have you seen these men? Image: National Park Service

A footprint fossil went missing from a lakebed at Death Valley National Park on the border of Nevada and California. This week, investigators are taking the search wide, asking park goers if they'd seen anything suspicious or recognise the backpackers in the above photograph, and offering a $US1000 ($1305) reward for information about who might have taken the priceless fossil.

"I'm sure they could be sold on the black market," Linda Slater, the Death Valley National Park's chief of interpretation, told Gizmodo. "But I have no idea what the value would be — the value is to the public. Like the National Parks, it's something that belongs to all of us."

Investigators have reason to believe the men pictured above may have information about the fossils. Additionally, one of the backpackers has a visible metal detector in the photo, pointed out a Death Valley Facebook commenter. Metal detecting is forbidden in National Parks.

The scientists discovered the three to five million-year-old footprints missing when they visited the site for research last month. Investigators are now planning to interview folks who had visited the park during that time who may have some information or said something.

Slater wasn't sure of what kind of animal the fossils came from, but they were likely smaller animals more likely to leave prints on the lakebed during the time period.

And it sucks that the fossils aren't in their current location. Part of fossils' importance to scientists is being able to tell the story of the place they're from, and something like a footprint can elucidate how animals interacted with and travelled around their environments.

And Death Valley fans just want the vandalism and thefts to stop.

"There's a lot of people who really love Death Valley," said Slater. "People are unhappy about it. There's been a lot of vandalism or intentional desecration over parts of the park in the past few months."

Julie Muncy 19 Jan 2020 2:45 AM
The first National Treasure movie had a demented but compelling premise: Nicholas Cage is a treasure hunter, and there’s a treasure map on the back of the Declaration of Independence. Let’s steal it. National Treasure 2 was likewise about historical secrets hidden in... John Wilkes Boothe’s... diary? Presumably, National Treasure 3 will be about the map to Atlantis that Abraham Lincoln hid in his court briefs.