Why It Costs The President $US2,614 Per Minute To Travel 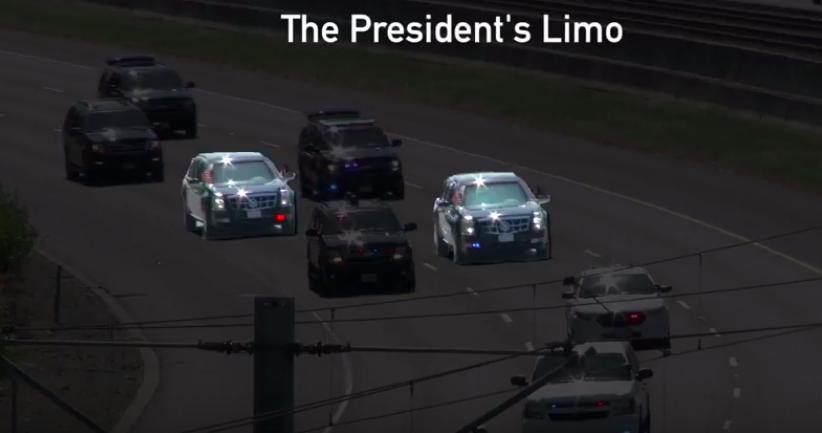 Between the motorcades, aeroplanes, helicopters and security entourage, travel for a U.S. president is an insanely complex and highly-orchestrated endeavour. Here’s a video detailing all the logistics, as well as the costs to taxpayers; the whole thing is incredibly daunting.

The video, produced by Wendover Productions, delves into just how involved the president’s travel regiment is. And it’s not just his motorcade, with its 40 to 50 vehicles and over 100 people, but also the planes that move those vehicles and people, as well as helicopters and Secret Service staff.

The video estimates that a simple trip from the White House to the U.N. Headquarters in New York takes the president only a single hour in total between the helicopter flight to Andrews Air Force Base, the plane flight to JFK Airport, the helicopter ride to Manhattan Heliport, and then the short motorcade to the destination.

That quick travel and those high costs are a result of a very well-organised system of transportation. The motorcade, for example, includes a route car — along with about 20 to 30 motorcycles — that comes through before the rest of the motorcade to close off all the exits, intersecting streets, and to push cars to the outside of the street.

Then comes the local police, followed by the “secure package,” a group of cars that includes two identical (they even have the same plates) up-armoured presidential limos, one of which contains the president as well as lots of weapons and two pints of the commander in chief’s blood type.

The video also makes note of a vehicle that jams electrical signals, one that has a doctor and military aide on board, a counter assault vehicle, press vans, and many more. Suffice it to say, the motorcade is enormous, but also very efficient.

The video says motorcade is really only used for short jaunts, while the Marine One helicopter is used for longer travel, though it is joined by another five-ish other choppers to keep people guessing at which one contains the president.

The video does admit that, since much of this info is confidential, they have had to make a few assumptions to come up with these numbers, so who knows exactly how accurate those final tallies are. But those assumptions do seem logical and — above all — insanely lofty.