What Would Happen If A Black Hole Showed Up In Our Solar System? Hollywood And An Expert Answer 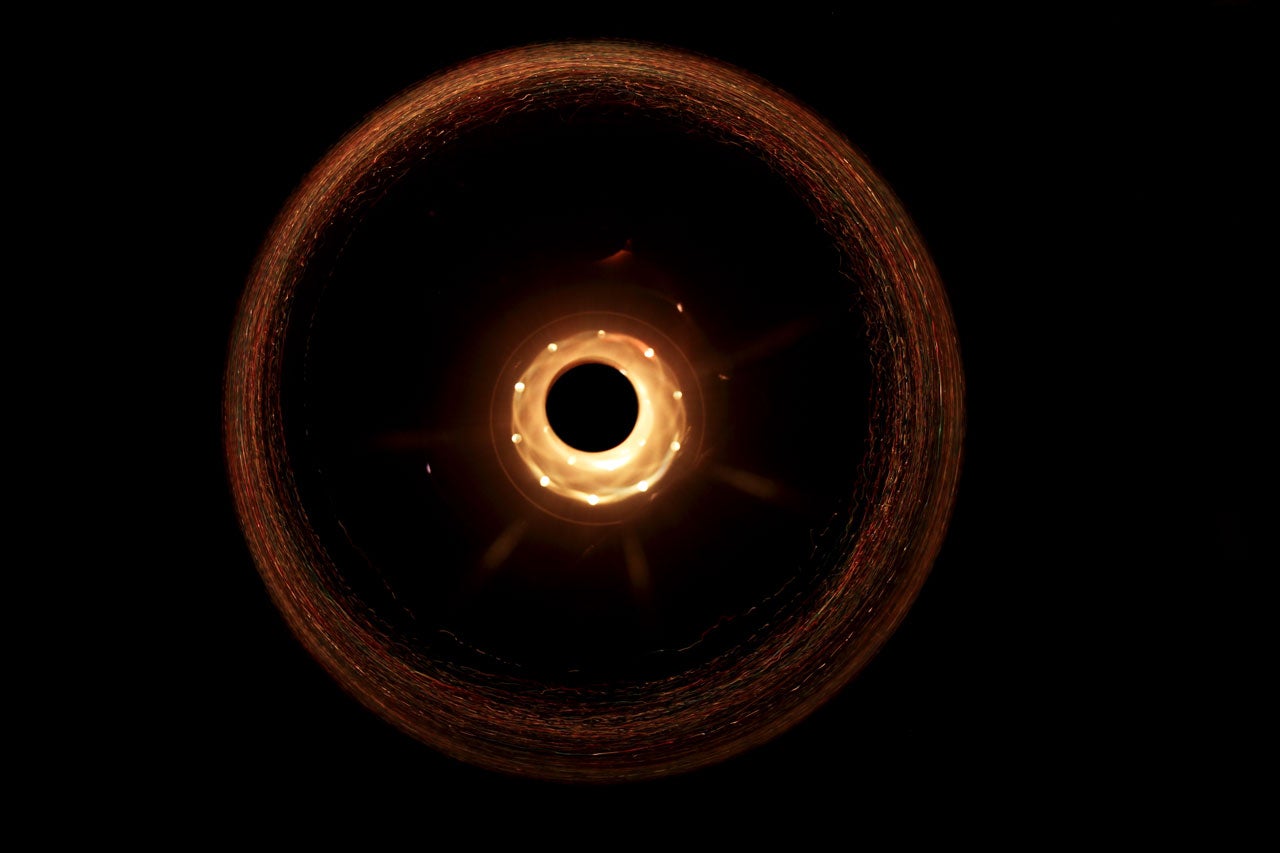 The scenario seems impossible. A black hole randomly passing into our solar system. If it happened, it would obviously be bad, which is why it’s the perfect subject for a big Hollywood disaster film. But will Hollywood’s representation match the reality? An astrophysics researcher told us, for the most part, yes.

A stock image of a black hole. Image: PD

First the news. Brad Peyton, the director of San Andreas, just sold the rights to a film called Black Hole. STX will make the film, which is about what happens when a black hole enters our solar system. “Cities are assaulted by gigantic meteorites, continents are devastated by super-volcanos and Earth’s shifting axis triggers a cataclysmic second Ice Age.

All the while, a team of scientists, soldiers and astronauts must work together to save the planet from imminent global annihilation,” says the description on Deadline. (Obviously this film is not at all related to the 1979 Disney film, The Black Hole.)

To see how accurate that description is, we emailed Nick Stone, an astrophysics researcher at Columbia University. “I would say that two out of three of the disasters in [that] quote are actually quite plausible, provided we accept the premise of a stray black hole passing through our solar system,” he said.

Stone explained there are a bunch of variables that would change the actual effects on Earth, such as size of the black hole and distance from the solar system. A “supermassive” black hole is so big it would just kill everything, so odds are the film will show a “stellar mass” one.

Now, if the black hole passed at a very big distance, Stone suggested it would project some asteroids and stuff toward Earth, but it could take centuries. A little closer and it would disrupt our asteroid belt with impacts within a year. That’s the good news. The medium distance would also change the ellipticity of Earth’s orbit, creating “a new cycle of seasons.”

“During Earth’s closest approach to the Sun, temperatures would increase immensely, much more than in a traditional summer, while during its farthest distance, temperatures would plummet far below what we now experience in winter,” Stone explained. “It is hard to say what the long-term effect on climate would be, but depending on the ellipticity of Earth’s orbit it could become unsuitable for life.”

Then there’s the worst case scenario: if the black hole was actually very close to our planet. “If the black hole passes extremely close to the Earth, its tidal forces could crack the Earth’s crust, creating the supervolcanoes mentioned in the press release. However, if the black hole comes that close, it is quite likely Earth would be ejected from the solar system, causing even bigger problems as the planet freezes,” Stone said.

Maybe we know how the movie is going to end.

This maybe one of the people who’ll save the Earth in Black Hole would be played by Dwayne Johnson? Seems like a possibility.

“I hope [Black Hole] will be a wholly original franchise-starter that is just the beginning of a much bigger story,” Peyton said.

Does that mean, like, more than one black hole is going to appear? Can you actually defeat a black hole? Not even an expert can answer that one.