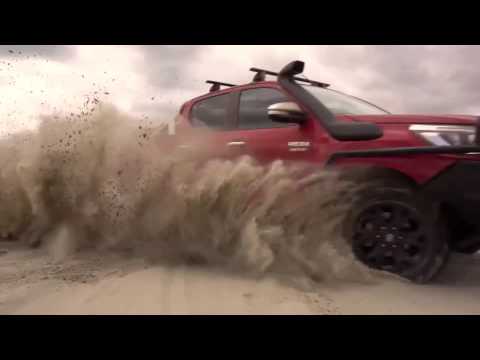 Video: Toyota is building the ultimate toy for grown-ups: a full-size Tonka Truck.

The “Tonka-inspired Toyota Hilux monster truck” will be built by the local in-house designers at Toyota Australia as a one-off concept car, but a fully driveable one. It’ll have custom lifted suspension and “massive” wheels and tyres, built around the chunky Hilux SR5 dual cab, but still powered by the same gutsy 130kW/420Nm 2.8-litre turbodiesel.

“Almost every exterior Hilux surface will be beefed up”, according to Toyota, with new bumpers, grille, tailgate, door mouldings and wheel arches and the distinctive yellow-on-black Toyota look. Australia really likes the Hilux: it’s been the best-selling truck in the country for the last 12 years, and in 2016 it was the most popular car in Australian sales.

A Tonka Truck-styled Hilux SR5 dual cab was previously the pace car for the 2016-17 season at the Sydney Speedway. We’ll see this particular concept come to life within a couple of months. [YouTube]