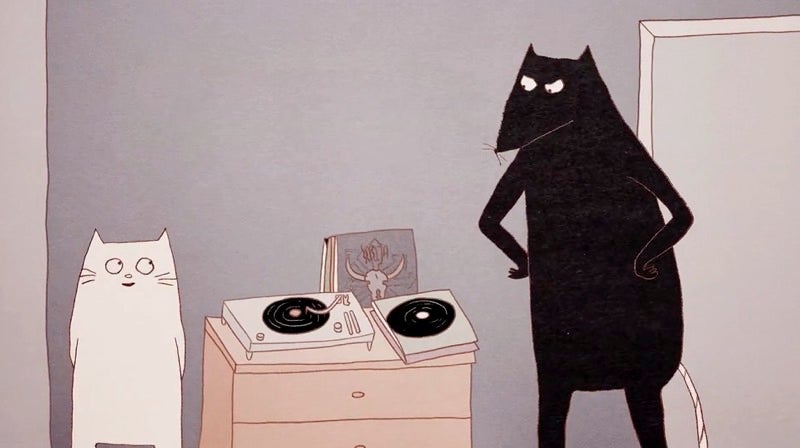 Video: Living with someone can be a challenge — especially when, as with the protagonist of Chintis Lundgren’s Life with Herman H. Rott, you’re a giant rat who’s well settled in his loud, messy, boozy ways. But even the biggest slob can improve with the right motivation, which for Herman comes in the form of the world’s tidiest cat.

It takes some destructive anger — on both sides — to get to that moment of understanding, however… and in the end, it’s unclear if Miss Kitty really wanted him to change in the first place. Bonus points to Lundgren for using both death metal and classical music in a single animated short.