This 400-Million-Year-Old Worm Monster Is Metal As Hell 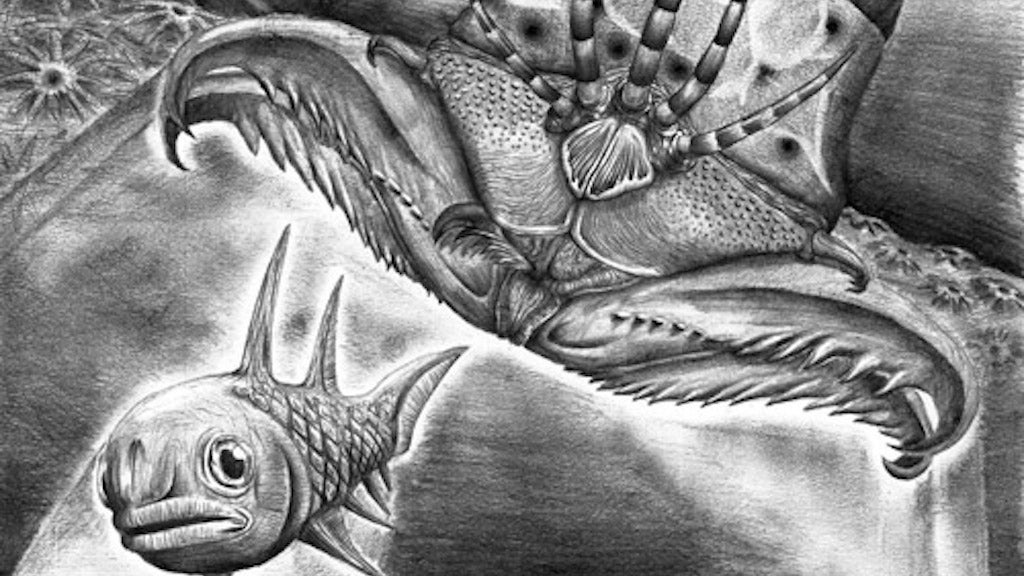 The past is often portrayed as a Pandora’s Box of terrifying monsters. But while many palaeontologists reject this stereotype, the scientists behind the newly-discovered marine worm Websteroprion armstrongi have decided to embrace it. It turns out this Palaeozoic prince of darkness, which roamed the seas roughly 400-million-years-ago, has a pretty metal origin story.

New research, published today in Scientific Reports, details the findings of the three brave scientists who discovered W. armstrongi in a fossil collection at the Royal Ontario Museum. The specimen, collected from the Moose River Basin in Ontario, Canada, had apparently been in the museum since the mid-1990s. Though the fossil only contained the creature’s jaws, which were approximately one to two centimetres in length, the researchers estimate that this beast’s body was over a metre long. According to study co-author Luke Parry from the University of Bristol’s School of Earth Sciences, most fossil worm jaws require a microscope to be seen.

“I was initially shown the specimens in 2014 whilst I was in Canada working on a different project by Dave Rudkin, another author on the paper, who thought they might be significant due to their size,” Parry told Gizmodo. “I showed them afterwards to [co-author Mats E. Eriksson], who initially didn’t think much of them until he saw the scale bar. He is an expert on these fossil jaws and thought they might be the largest known, which after some research turned out to be true.” For context, most fossilised segmented worms have jaws about 0.1-22 mm in size. 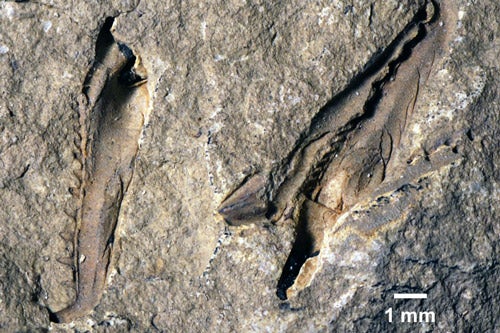 “We can tell from the shape of the jaws that it is closely related to other similar [modern-day] worms that can grow to large sizes,” Parry explained. For example, this creature’s modern relative, the Bobbit worm, can grow up to 3m. “This particular group of animals have the potential to grow to monstrous sizes when they live in the right environment.”

According to the team’s study, W. armstrongi is a eunicidan polychaete, meaning it has a long, segmented body adorned with up to seven antennae. While the team still has questions about how and where W. armstrongi lived, they know it was a hardcore hunter due to its freakish size.

“On the specimens we also have corals, so we know that it would have lived in a warm shallow sea,” Parry said. “Although we don’t have direct evidence for diet in this animal as we only have the [fossilised remains of its] jaws, when living jawed worms get this big they live as opportunistic, ambush predators. It’s likely that it would have fed on other reasonably big animals, as living bobbit worms hunt fish and squids and octopuses.”

Finally, the team decided that its monstrous worm deserved a monstrous name. “Armstrong” came from Derek K. Armstrong, who found the specimen in the field, but “Webster” came from the researchers’ admiration for American death metal bassist Alex Webster.

“Mats and I are both massive metalheads and think Alex Webster is a monstrously good bass player,” Parry said. “I play bass and was influenced by him hugely as a teenager, especially his work with Blotted Science and Cannibal Corpse. Mats and I have both named fossils after musicians before and we thought we would do the same for this paper as it is the first time we had worked together. Alex Webster just seemed like the perfect fit for a giant worm with saw-like jaws.”