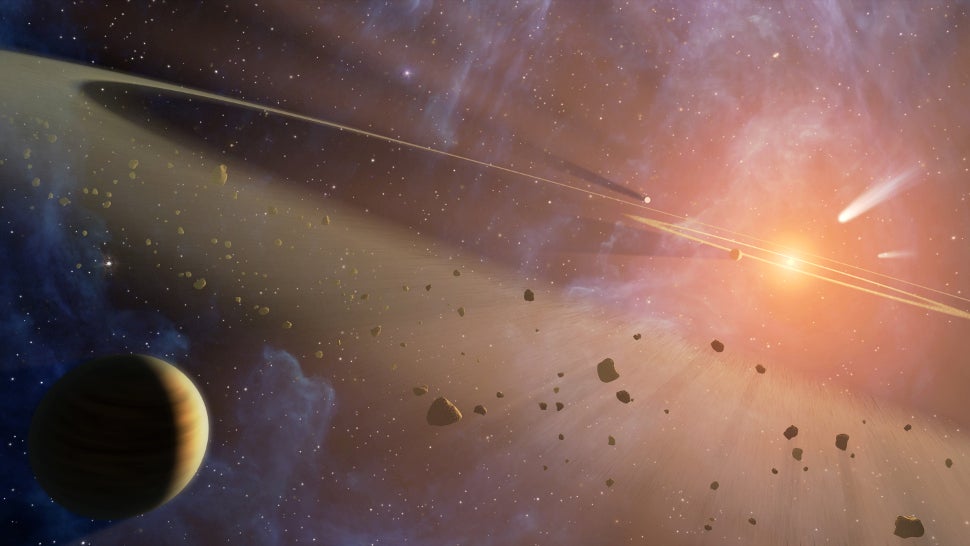 The International Astronomical Union has named 17 minor planets as part of its NameExoWorlds contest. Looking at the winning monikers — which include such dreadful titles as “Miguelhernández” and “Thunder Bay” — it’s now painfully clear that the system for naming celestial objects is broken.

Back in 2015, the IAU organised the NameExoWorlds contest, allowing the public to submit names for 32 extrasolar planets orbiting 15 stars. It could’ve been a disaster (“Rock’n’Roll Star” or “Starry Bunnies” were two of the initial submissions), but many of the approved names were actually quite beautiful, from Veritate, Hypatia and Orbitar, to Dagon, Poltergeist and Dulcinea.

As a reward, the winners of this contest, which seem to be disproportionately represented by universities and observatories, were given the opportunity to name 17 minor planets in our solar system (a minor planet being a celestial body in orbit around the Sun that’s too small to be considered a planet, but too big to be considered an asteroid or comet). The IAU, with the assistance of its Division F Working Group Small Bodies Nomenclature (a bad name for a group that’s supposed to be in the business of recognising, you know, actually pleasant-sounding or profound names) approved the names of these minor planets after the winners made their proposals.

The new monikers — named for astronomers, educators, authors, poets, theatrical dances and locations of astronomical organisations — were (supposedly) chosen by the same organisations who chose the winning exoplanet names, but they lack the imagination and majesty of the earlier selections.

Some aren’t bad, like Mehdia, Kodai and Tantawi, but most are complete garbage. The worst include “Royaldutchastro” (named by the Royal Netherlands Association for Meteorology and Astronomy), “Miguelhernández” (named by the Student Society at Complutense University of Madrid) and the godawful “Thunder Bay” (named by the Royal Astronomical Society of Canada from — you guessed it — Thunder Bay). Other awful names include “Brevardastro”, “Jubelmatt” and “Javiergorosabel”.

Here’s the full list of the approved names, along with their previous minor planet designations:

It’s one thing to reward contest winners by allowing them to propose new names, but not at the expense of good taste. The IAU should be embarrassed by these selections and reconsider similar honours in the future. Thanks to this judgement lapse, as of today our solar system sounds a little bit more like a basket of reject planets from a C-list sci-fi movie.