These Newly Discovered Frogs Are Adorable And Already In Peril 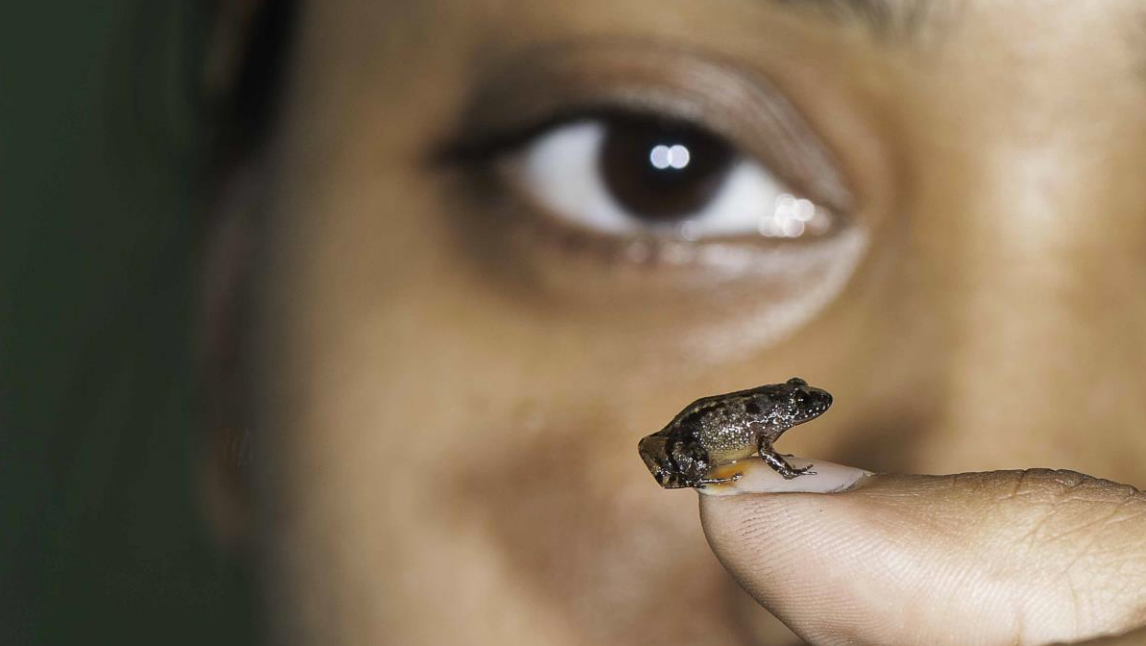 While frogs haven’t traditionally been revered for their cuteness, a stunning new discovery could be a game-changer for all of ribbit-kind: According to a study published this week in PeerJ, scientists have discovered seven new frog species belonging to the genus Nyctibatrachus, commonly known as Night Frogs. Four of them are alarmingly tiny — in fact, they’re thought to be some of the smallest frogs in all of India, where they were found.

“[This] bring[s] the total number of valid Nyctibatrachus species to 35 and increasing the former diversity estimates by a quarter,” the researchers wrote. The fraction of diminutive night frogs, which can get down to just a little over 10 mm in length, has increased to 20 per cent.

The researchers collected specimens in the Western Ghats — a mountain range that runs along India’s western coast — during 2002, and between 2013 to 2016. Eventually, they came across these miniature frogs, which range from 12.2 to 15.4 mm. Besides their size, these frogs are definitely oddballs — they live in marshy vegetation rather than streams, unlike other frogs in the region. They also have a weird, insect-like chirp which, in addition to their small size, could explain why it took us so long to find them. This probably means there are even more tiny frogs waiting to be discovered.

“The miniature species are locally abundant and fairly common but they have probably been overlooked because of their extremely small size, secretive habitats and insect-like calls,” University of Delhi PhD candidate Sonali Garg, who is also a co-author on the study, said in a press release.

The World Wildlife Foundation (WWF) calls the Western Ghats a “biodiversity hotspot,” since it’s home to roughly 5,000 flowering plants, 139 mammals, 508 birds and 179 amphibian species, including these baby frogs. But sadly, over 32 per cent of the amphibian life in this region is threatened with extinction, due to habitat destruction, chemical pollution and more. Thus, these coin-sized frogs are not even safe in their own homes. 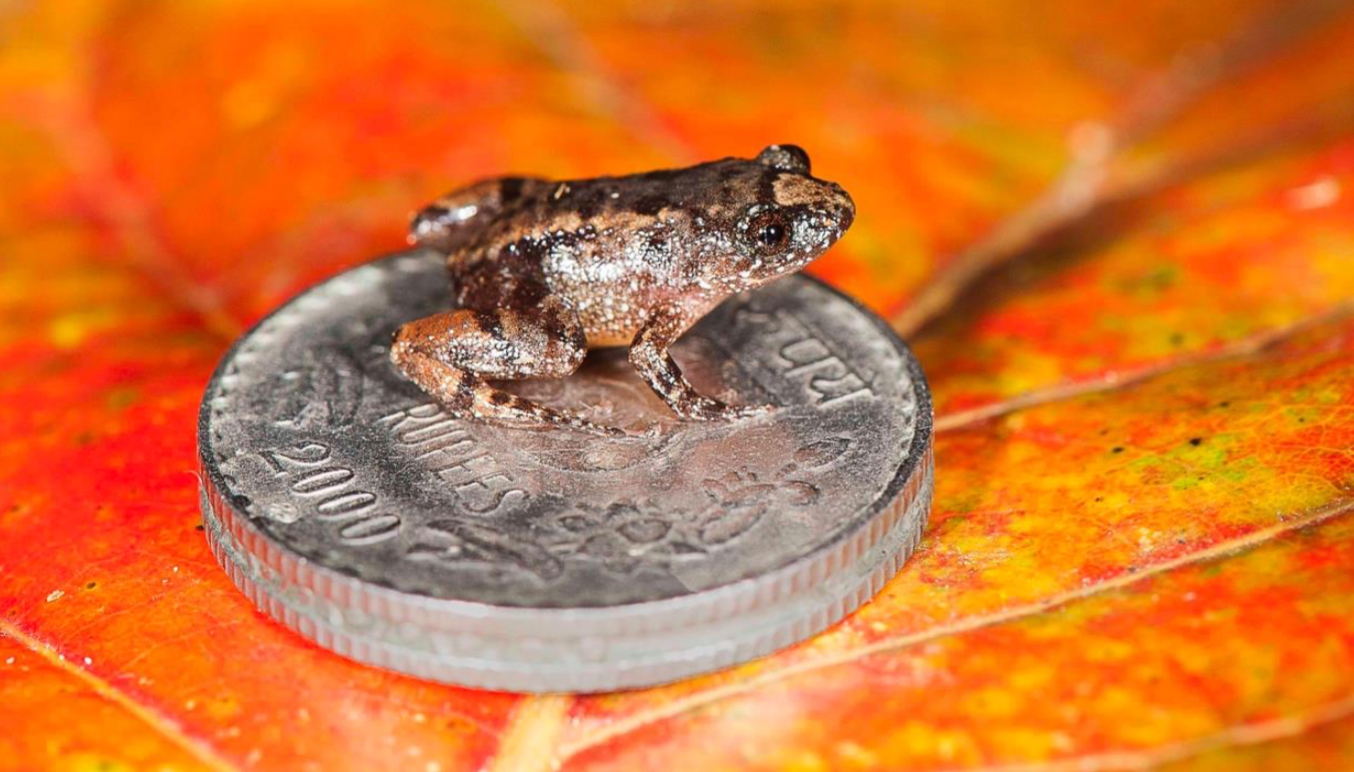 “While we need to continue the extensive work of documenting our frogs, we also need to focus on their conservation requirements,” Garg told PeerJ. “One-third of amphibians in the Western Ghats are already threatened. Even among the new species described by us, we have observed that at least four are facing serious anthropogenic disturbances. We need to take stock of how our actions may be leading to an irreversible loss of several smaller forms of life such as frogs.”

Nicole F. Angeli, a herpetologist and research associate at the Smithsonian National Museum of Natural History, agreed that this sort of research is crucial to the future of conservation efforts in the Western Ghats and beyond.

“Research on diversity in our world helps us to identify unique genes, organisms, and ecosystems,” she told Gizmodo. “Biologists are racing to identify what makes our world unique today, despite losses and before losses, in hopes that this knowledge is useful for conservation prioritisation and future innovation.”