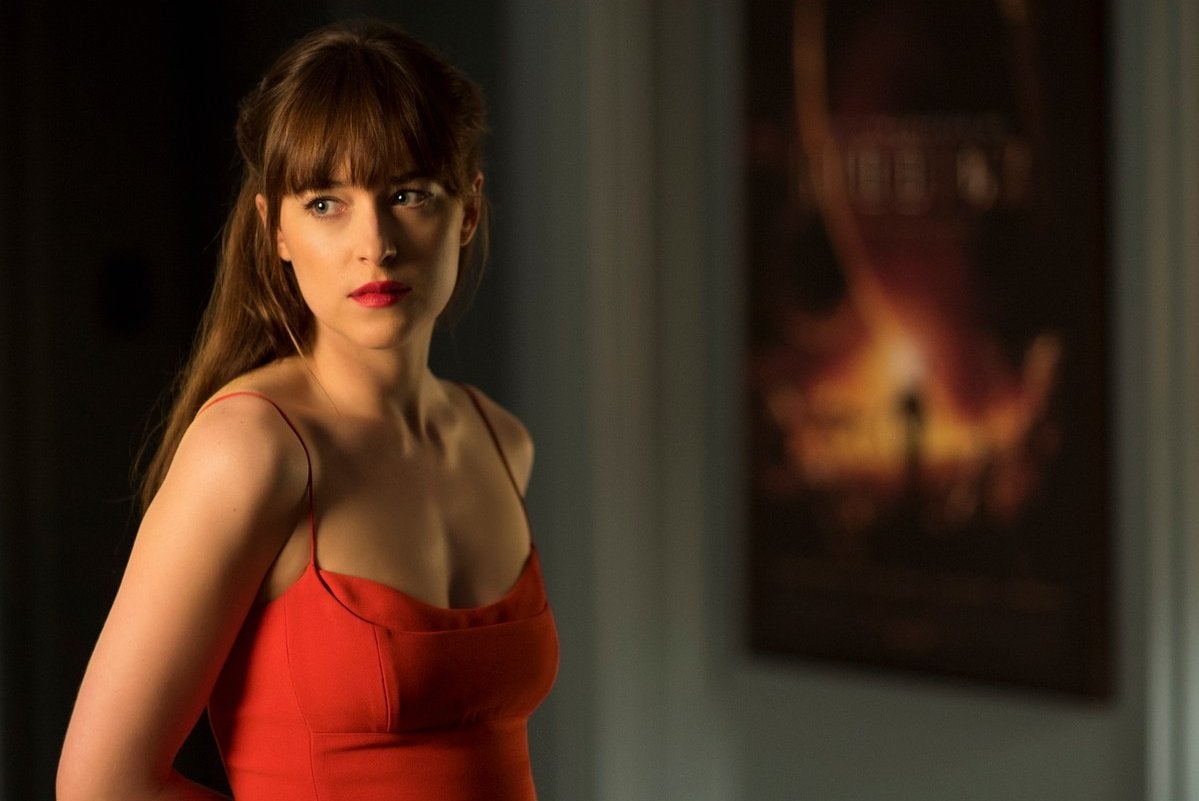 The sequel to Fifty Shades of Grey, Fifty Shades Darker, opens this weekend. As Universal started to screen the film, one minor, beautiful detail became the focal point for discussion online: The fact that Christian Grey’s childhood bedroom has a Chronicles of Riddick poster in it.


In Fifty Shades Darker, Dakota Johnson dates a man who has that poster on his wall. Image: Universal

Quick context since this is a bit out of our coverage realm. Fifty Shades Darker is the second of three films based on the wildly successful Fifty Shades books. They tell the story of a super-rich dude named Christian Grey (played by Jamie Dornan) and his love story slash sexual bondage escapades with a journalist named Ana Steele (played by Dakota Johnson). The books, by E.L. James, began as online Twilight fan fiction and went on to become huge best-sellers because of their pseudo-risqué subject matter.

We’re writing about it because in the film, the couple go to visit Grey’s childhood home and on the wall is a UFC poster, as well as this: 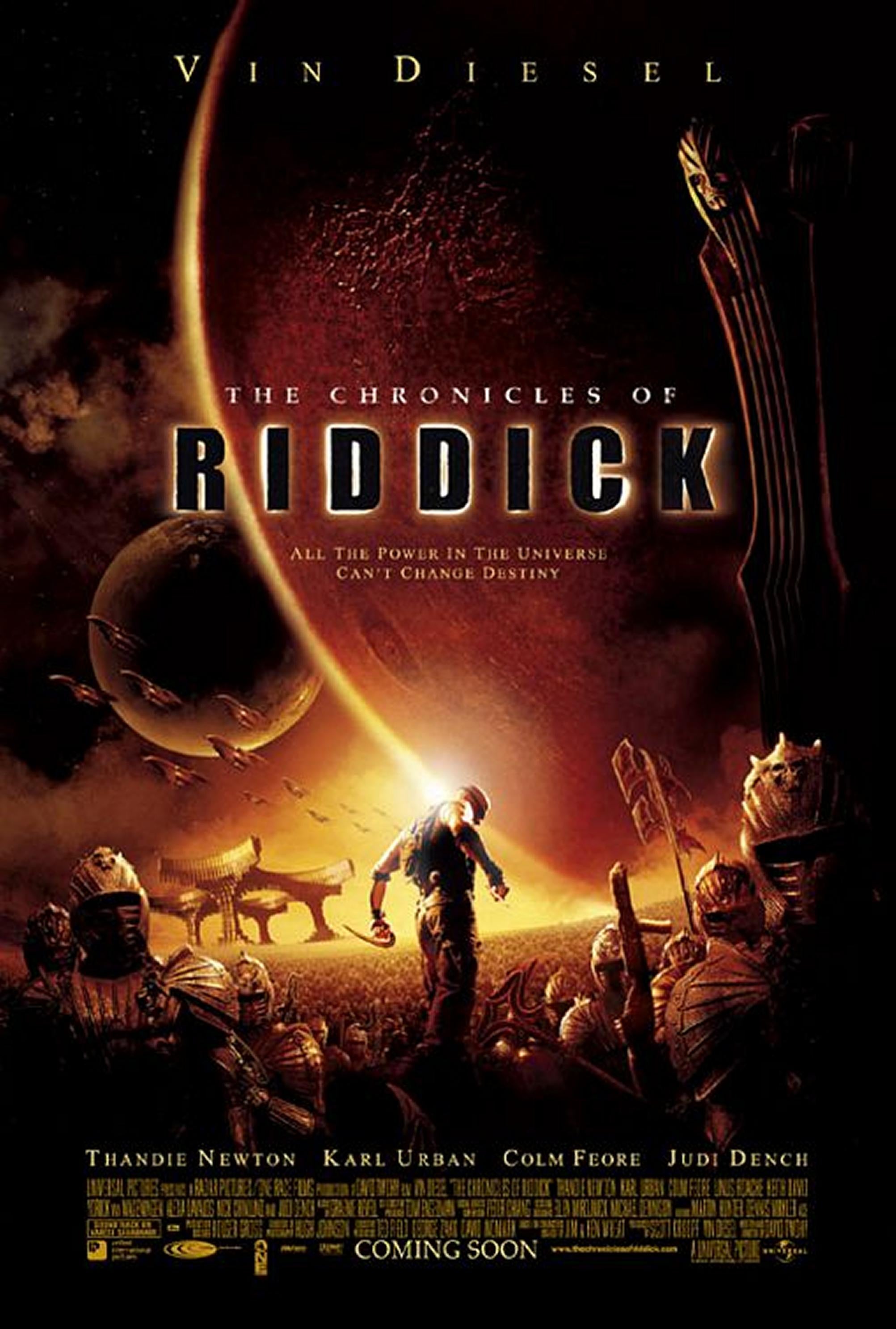 That’s the poster to 2004’s film The Chronicles of Riddick, starring Vin Diesel. It too is the second film in a kind of trilogy, though it’s about a space bounty hunter named Riddick. What’s so weird about this is, well, everything.

When The Chronicles of Riddick was released in the winter of 2004, Vin Diesel expected it to be a trilogy. Unfortunately, the sequel to Pitch Black underperformed and the Chronicles concluded. A sequel was released nine years later, but it continued Riddick’s story in a slightly different manner. Which is a long way of saying Riddick was hardly a big, formative movie for anyone who saw it when it came out.

In Fifty Shades, Christian Grey is supposed to be 27. That means he would have been an impressionable teenager in 2004. But Riddick? Really? That same year, Hollywood released Spider-Man 2, The Incredibles, Harry Potter and the Prisoner of Azkaban, National Treasure, Dodgeball, Collateral, Kill Bill Vol. 2, Mean Girls, The Notebook and on and on. There are about 100 better, cooler movies Christian Grey could have had on his wall.

But Fifty Shades and Riddick were both made by Universal Pictures, which makes putting the poster in the film much less complicated, rights-wise. However, if that was the main reason, in 2004 Universal also released The Bourne Supremacy, Van Helsing, Friday Night Lights and the Dawn of the Dead remake. All of which would seemingly make more sense in this context, not to mention be much cooler choices.

But no, it’s The Chronicles of Riddick. Movies.com uncovered the below interview where Dornan was asked about the oddity and it didn’t seem to surprise him much. Watch the first 30 seconds of this interview

So what does the fact Christian Grey liked Riddick say? That he liked macho science fiction? Violence? People dressed in black leather? Possibly all of the above? Either way, the fact this is true is the kind of stupid detail we’ve come to expect in bad fan fiction. And since Fifty Shades started as exactly that, the shoe definitely fits.