The President Of The United States Owns 3,643 Websites Including IHateTrumpVodka.com 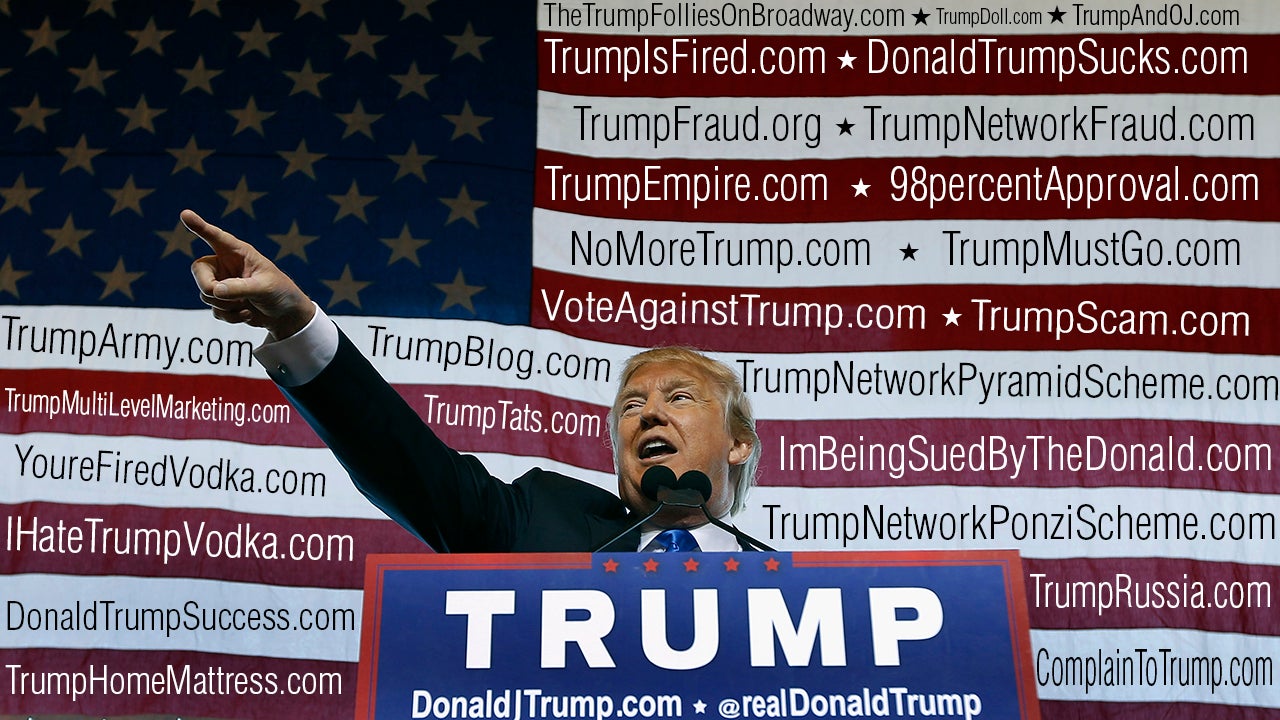 Over the years, the Trump Organisation has invested in thousands of domain names for potential business ventures, political campaigns, and often, simply in an attempt to be a step ahead of the haters or cover his tracks if things went awry. DonaldTrumpSucks.com, IHateTrumpVodka.com, TrumpRussia.com, and TrumpFraud.org are part of the president’s vast portfolio.

A CNN Money investigation published Sunday notes he purchased 93 domain names after he started his presidential campaign. In what seems like a dark premonition, he owns TrumpEmpire.com and TrumpScam.com. In 2009, months ahead of licensing his name to a multilevel marketing business, the quasi-legal cousin of the pyramid scheme, called Trump Network, he bought up TrumpNetworkFraud.com, TrumpNetworkPyramidScheme.com, and TrumpNetworkPonziScheme.com. In 2015, Business Insider published a similar investigation, noting the now president also has LiveTheTrumpLife.com, TrumportunityKnocks.com (across all sides of the aisle, let’s agree this is a stretch), and TrumpOrganizationSucks.com in his portfolio.

Trump still owns domain names from failed business ventures, like TrumpVodkaSucks.com (his vodka was discontinued because nobody bought it), TheTrumpFolliesOnBroadway.com (he failed to produce a successful Broadway show), and TrumpAndOJ.com (according to Trump himself, NBC “went totally crazy” when he asked to put OJ Simpson on The Apprentice).

It’s 2017 and the President of the United States also owns the following URLs:

Funnily enough, he didn’t have the foresight to buy up ImpeachTrump.com.