The International Mission To Get Bao Bao The Panda Laid 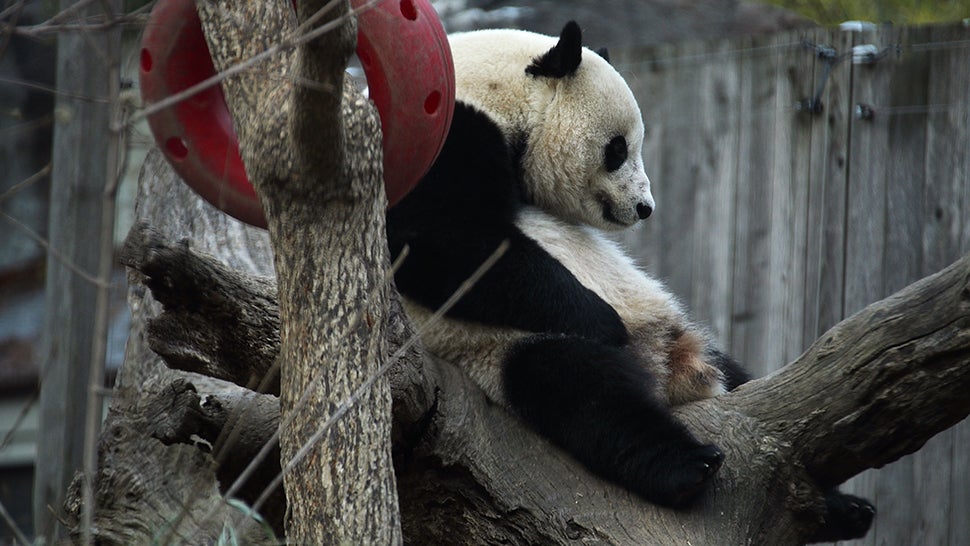 Bao Bao the giant panda is on her way to China today and National Zoo Director Dennis Kelly only has one thing on his mind: Smokin’ hot panda sex.

“Bao Bao going back, as the ministry said, is important because she will have a boyfriend,” Kelly told reporters at a press conference this morning. He isn’t the only one who has his mind the gutter. Brandie Smith, the zoo’s associate director for animal care sciences, was there when Bao Bao was born. But she didn’t mince words when she spoke with ABC News, saying, “I want her to make lots of cubs.”

"She will have a boyfriend," says @NationalZoo Dir Dennis Kelly of Bao Bao at Dulles departure ceremony sending her to China to mate. pic.twitter.com/99NwO0KQwE

With all of that pressure, it’s easy to see why pandas get stage fright in the sack. “Every birth is important,” said Kelly. “There are only 1800 pandas in the wild, 400 in human care.”

It’s incredibly hard to breed the vulnerable bears for a number of reasons, the biggest being that female pandas only ovulate once a year and males can’t be relied on to get the job done when the time is right.

Artificial insemination is complicated by the fact that we don’t know how to tell when a panda is pregnant because we don’t know what hormone signals a bun in the oven. Tracing a pregnancy is further complicated by the fact that poop can be confused for a tiny panda fetus on ultrasounds. On top of these problems, the duration of pregnancies vary. If a false positive comes along, the doctors have to start all over in the breeding process.

Bao Bao was born at the Smithsonian National Zoo on 23 August 2013 after her mother, Mei Xiang, was artificially inseminated. A little over a month later, she was plunged into political controversy when Congress couldn’t get its act together and the US government briefly shut down. The zoo’s famous panda cam went offline because all “non-essential” federally funded programs had to be suspended. Outrage erupted across the nation and people realised that there truly is something more pathetic than a panda that’s too lazy to bone — the legislative branch of the American government.

Because of a complicated diplomatic arrangement, all pandas belong to China, and it can pretty much rip the cute little critters from our bosom any time it wants. So even though she is natural-born US citizen, Bao Bao is being sent on a 16-hour flight to the China Conservation and Research Center as we speak.

She may have won America’s heart, but this panda belongs to another. And it’s time for her to screw.