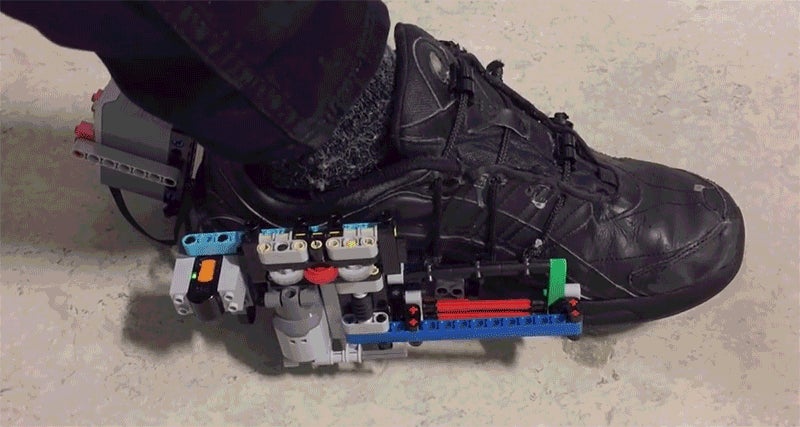 Back to the Future II gave us an awesome glimpse of the future where sneakers automatically laced themselves. What the movie left out, however, was that those sneakers would cost you $US720 ($938) a pair. Oof. But if you've got a bit of Lego lying around at home, you can give any shoe self-lacing powers on the cheap. 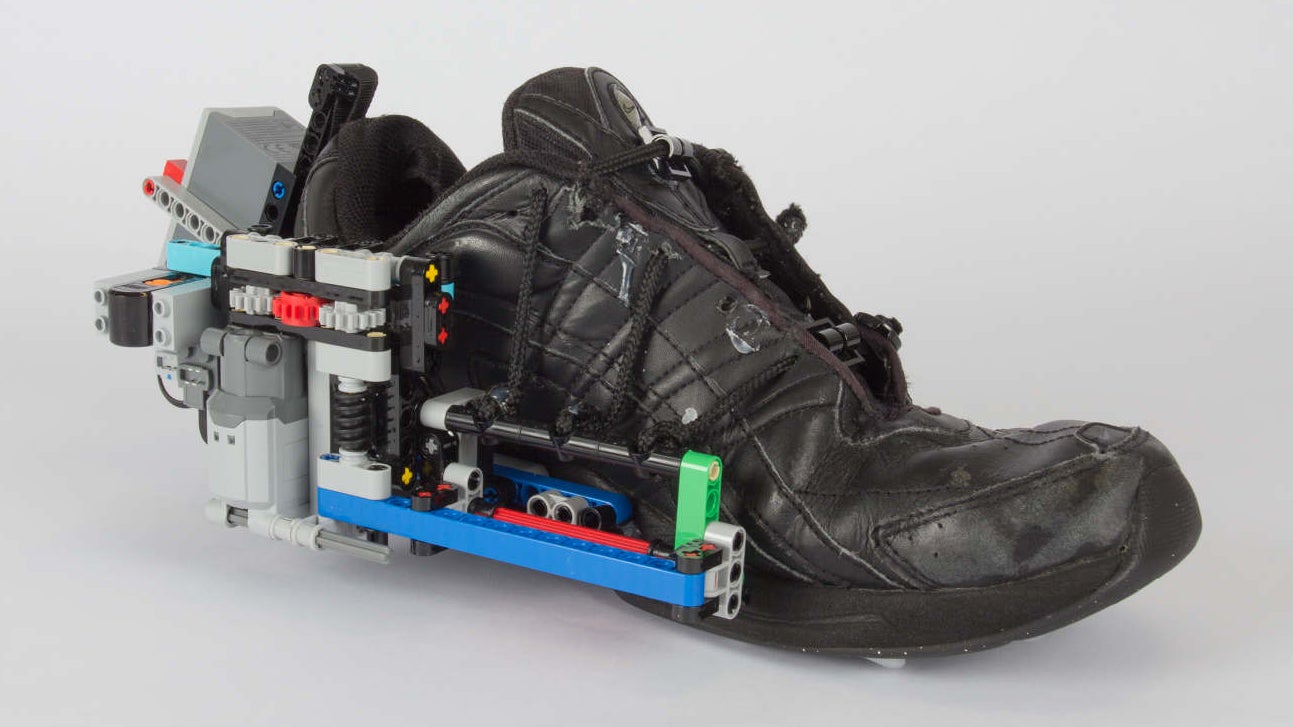 Vimal Patel combined two of his greatest passions when designing his own self-lacing shoes: playing with Lego and not paying Nike $US720 ($938) for a pair of its new HyperAdapt 1.0 sneakers.

They're passions the rest of us probably share too, which is why Patel documented the creation of his self-lacing shoes so others can take a shot at building their own. You'll just need access to a Dremel and a hot glue gun, before you can strap on these fresh kicks.

Patel's version might not be as pretty as Nike's, but they both use a similar technique to simply tighten a set of pre-tied laces across the top of the foot to ensure the sneakers don't slip off while worn.

Self-lacing is a generous description of what's going on, but what's important is that these shoes won't randomly become untied while you're wearing them. They might completely fall apart if you don't glue all the Lego bits together, but they definitely won't come untied.