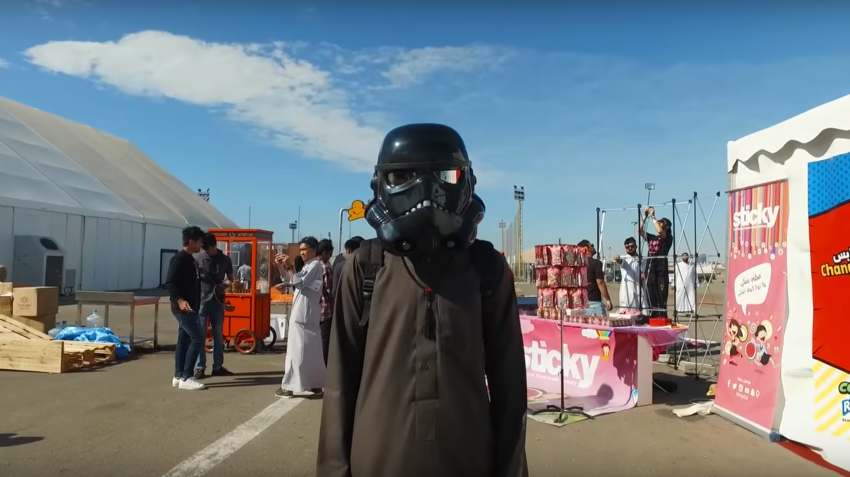 Saudi Arabia hosted its first comic convention over the weekend, marking a turning point in acceptance of Western entertainment and comic books, as well as showing evolving social norms.

At Saudi Comic-Con, over 20,000 men, women and families co-mingled while checking out the cosplay and panels, including an appearance by Doctor Strange‘s Mads Mikkelsen. Comic book, video game and anime fans celebrated having a space where they could interact with like-minded people and show off their costumes. 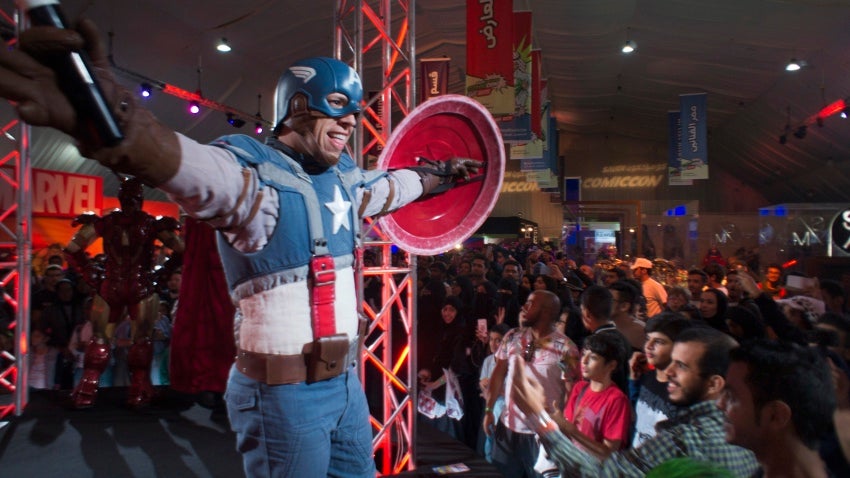 Abdul Rahman Bakhsh, a 25-year-old YouTuber (online media is widely popular as a way to express personal views), told CNN that he was thrilled to have a place where he could celebrate his fandom.

“When you enter into the tent, you forget that you are in Saudi Arabia,” Bakhsh said. A video of his comic con visit is below.

The global comics expo was held in Jeddah under the auspices of the Saudi General Entertainment Authority, as part of the kingdom’s “Vision 2030” initiative. The goal is to issue a wave of cultural reforms that will diversify the kingdom’s economy further into entertainment and away from oil dependency. However, it’s faced a series of hurdles, including the continued ban on public movie theatres (Saudi Arabians are free to watch what they want in the privacy of their homes). 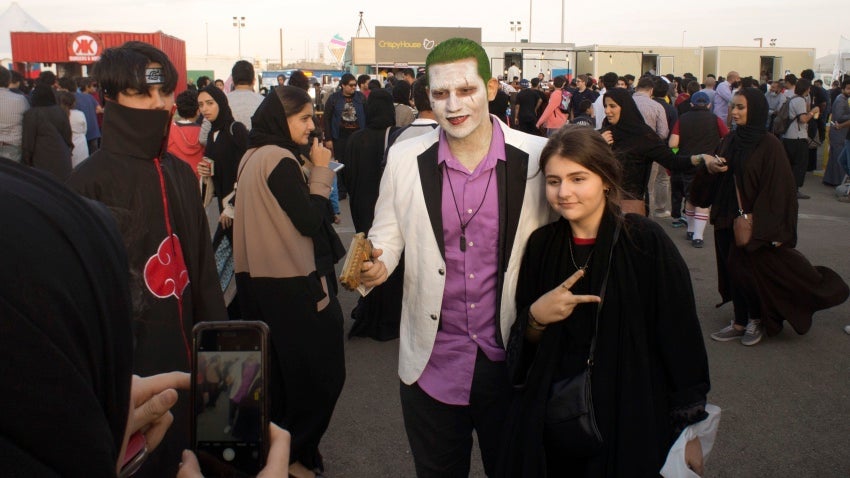 The event also represented how the conservative Islamic kingdom is evolving its traditional gender norms, albeit slowly. There were separate entrances for men and women, as is custom, but they weren’t segregated at the event itself. More places in Saudi Arabia are changing their gender segregation rules in public places, like shopping centres, but other locations like restaurants require “single” men to stay separated from women. 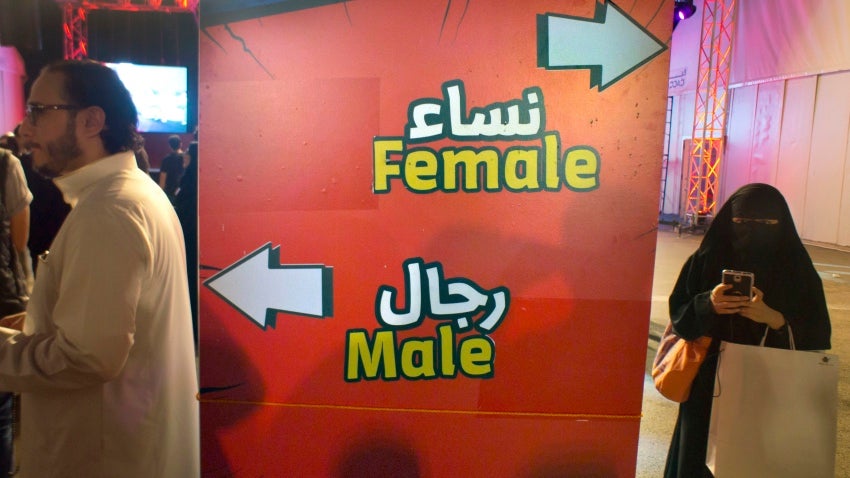 Still, Saudi Arabia is considered one of the most gender-segregated nations in the world. Women aren’t allowed to drive, and they require male guardianship in all public places. At the comic con, women kept on their traditional abayas, even if they were wearing costumes. There was a private women’s-only tent where they could show their costumes to other women.

There are hopes that the Saudi Comic-Con will become an annual event, which is encouraging for thousands of fans in the kingdom. Many of them never expected the government to sponsor a comic convention, giving them a chance to publicly bond with others over their mutual love of comic book heroes and video games. Still, there are those within the kingdom who boycotted the event, calling it a “devil worshipping” festival.