Pity The Chicken That Laid This Egg Inside An Egg

This isn’t a miraculous occurrence or a trick. But it is very rare.


The technical term for the process of a chicken incubating an egg inside another egg is called a counter-peristalsis contraction. Basically, an egg that wasn’t quite ready went back up inside the hen’s reproductive assembly line and another egg formed around it. This is what a chicken’s oviduct looks like: 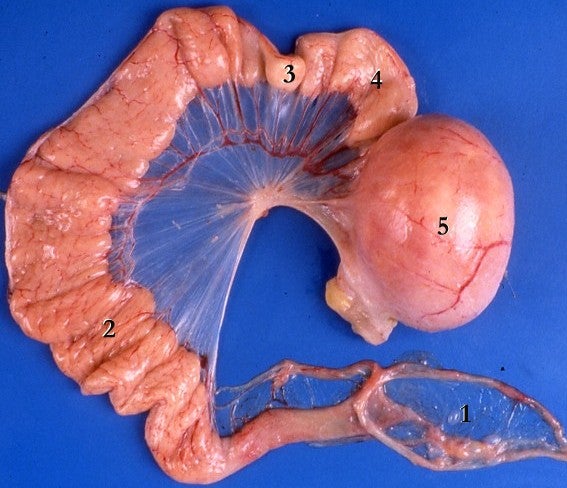 Under normal circumstances, a hen ovulates and releases an oocyte that travels through the oviduct forming the yoke. It collects layers of membranes and albumen along its way through the reproductive track and develops its white. Finally, it forms the shell in the uterus.

The YouTuber that uploaded this video writes that his hen is fine but they were afraid to eat the egg. For the record, if this once in a lifetime occurrence happens to you, both eggs should be normal.