If This Really Is Bruce Springsteen’s Lost Harry Potter Song, It Is Wickedly Terrible

And we’re going to suffer through it it together.


Last year, Bruce Springsteen confirmed he wrote a song for Harry Potter and the Sorcerer’s Stone called “I’ll Stand By You Always”, which Warner Bros never ended up using. Springsteen said the song was an ode to his eldest son, and described it as “pretty good”. 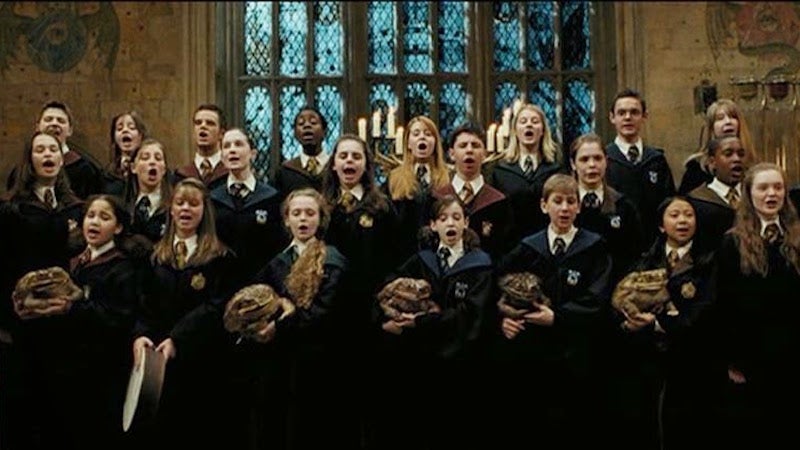 Try to imagine the frog choir singing Springsteen (Warner Bros.) I am not saying anything bad about Bruce Springsteen. But I do think that his style, amidst all the grade-A Britishness that Harry Potter exudes, might have been a little jarring.

Well, someone has shared what they claim is the demo of the 2001 song. While it’s unconfirmed, it definitely sounds like a Springsteen song. But there’s one thing it sounds nothing like: Freaking Harry Potter.

Let’s needlessly pore over these lyrics, shall we? No, I’m not sparing any details, we’re going over every single goddamn line. Because if I had to suffer through four and a half minutes of this, then everyone else should too. Though I will spare you all the times background singers sang some form of “Ooooh”. It took up like 40 per cent of the song. So, without any ado, here’s the breakdown of “I’ll Stand By You Always”. You’re welcome.

Wait, who’s crying? Is it Harry Potter, stuck in his humdrum life in his signature Cupboard under the Stairs? I can see why he would be sad about that, but who’s he waking up? His uncle? That guy’s not going to give a crap if Henry is crying about ghosts, he’s going to send that boy back to bed and break his lamp.

Wait, so is Harry Potter a character in a story now? I thought he was crying to his uncle! Oh, I get it, The Bruce is telling a story to his son to get him back to sleep. So, umm, is he reading him Harry Potter? If so, what the hell is the “Kingdom of Love”? Is it a feeling inside all of us?

Repeat until the end of time.

Here, the ghosts and the goblins
Can rise from your dreams
To steal your heart away

Hey, look, a Harry Potter reference! Although I’m pretty sure Goblins would find that offensive. They don’t steal hearts, they just balance your checkbook. Well, except in some of the more obscure fanfiction. You’re welcome, internet.

For the life in me, I have no idea what he said.

We’re less than halfway through the song, and I have no freaking clue what’s going on. Where are the moving staircases? The Quidditch tournament cheers? Where’s Harry Freakin’ Potter?!

This is going to kill me, isn’t it.

Springsteen, I don’t want to have to be the one to tell you this, but there might be something going on with your son. You might want to consider talking to someone, because clearly reading him Harry Potter fanfic about the Goblins’ hunt for the Child of Prophecy isn’t helping.

Well, let the night come
And do what it may
Together we’ll find the courage
We’ll find faith
Until you awake

What does this have to do with wizards?!

Damn, I can see why Warner Bros passed on this one. It’s basically a much, much worse version of Eric Clapton’s “Tears in Heaven”, only that was about a child’s death and this couldn’t even bothered to be about The Boy Who Lived!

Ugh, I need to lie down. Internet, you owe me a hug.