I Know How To Make Autonomous Car Racing Interesting: They Must Blow Each Other Up 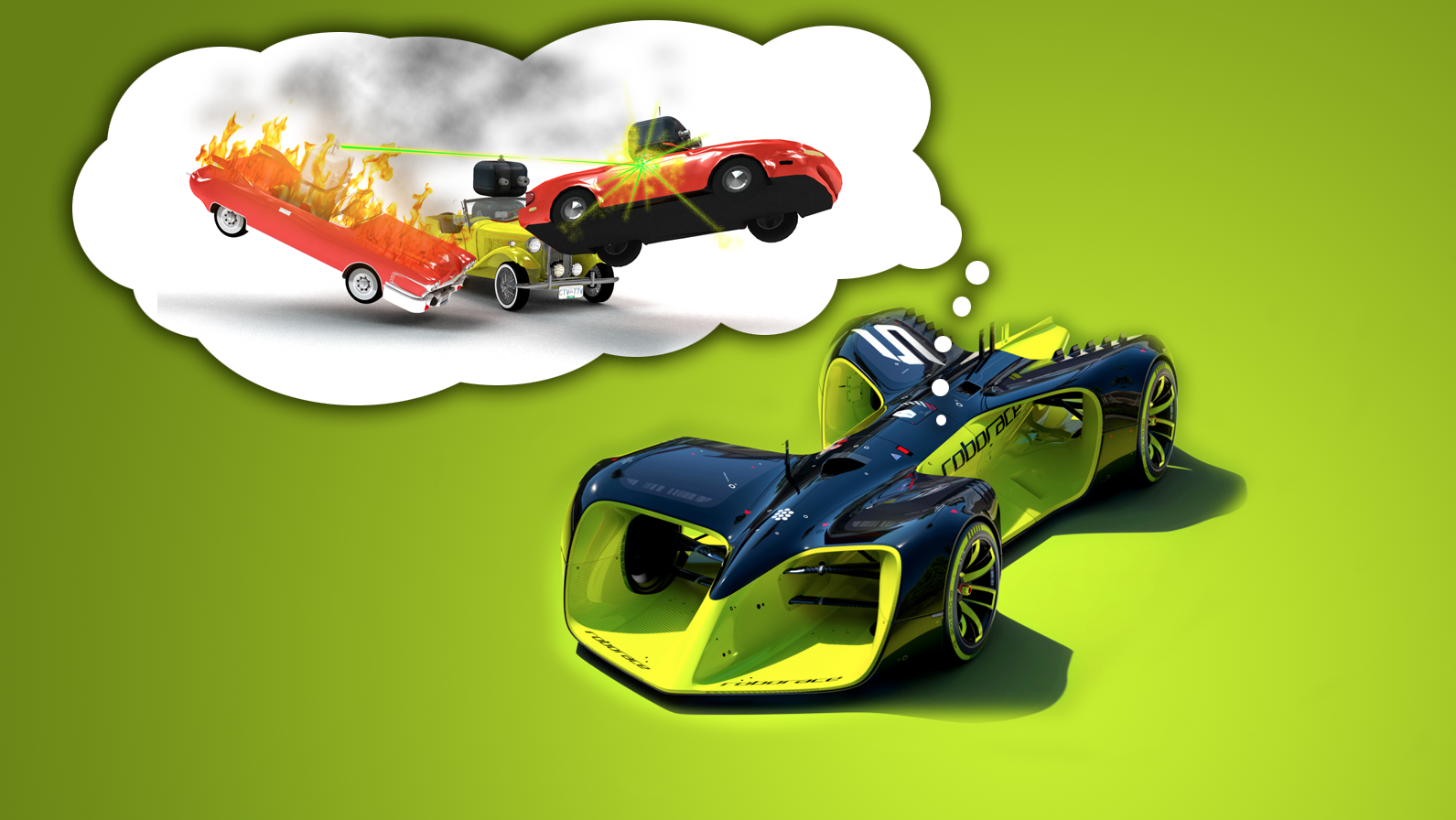 Autonomous car racing is real, and happening soon. From a technological standpoint it’s all quite impressive, but there’s one big problem: it sounds boring as all shit to watch. How do you make autonomous racing interesting? The answer is pretty clear: they need to blow each other up.

The benefit of motorsport, besides the amusement of the public and being a great venue to advertise booze (and cigarettes for a while), is that the technology developed there will ostensibly trickle down to the cars normal people can buy. Engines, suspensions, computers, braking systems and more often get tested on track before they make it to production vehicles. The safety advancements we have gained from Pastor Maldonado alone may well have saved thousands of lives.

That makes autonomous car racing enticing because it’s a far more gruelling test of those vehicles than puttering around sunny California roads can ever be. But removing human drivers from racing results in a sport that will be more boring to watch than even golf. (And no one likes fucking golf.)

If you don’t have any drivers to root for, and all the cars are more or less spec racers, why would you even tune in?

I believe we are looking at this series, or at least its long-term prospects, the wrong way. Removing human drivers allows for an element of danger that would likely be unacceptable otherwise; that gives us a chance to make autonomous car racing the violent, insane bloodsport our dystopian 21st century more or less deserves. Fiction — video games, TV shows, movies, books — is filled with such wild, futuristic racing series. Now we can finally make such a thing a reality.

What you do to make Roborace nice and spicy is to equip the cars with various weapons — anti-aircraft guns, missiles, experimental energy weapons, buzzsaws, the like — and have them go at it hard as they race around the track.

There’s still racing, of course! This isn’t BattleBots. There has to be an element of speed, of start-and-finish competition. But you can’t finish a race if your car gets blown sky high. This is a very simple principle.

The series I am proposing will be a test of three things:

Speed: Which car can get around the track fastest and finish first?

Endurance: Which team can build the most reliable, most resilient car?

Mayhem: Which cars can most effectively take out their competition?

I suppose you could make this a points-driven series, where the cars are awarded for destroying or damaging their competitors, but I think it’s best left like a traditional racing series: first one to finish wins, and points are distributed after that. The cars just have to stay alive, so to speak.

I don’t know exactly how you’d determine what armaments the cars would be equipped with. Maybe it would depend on team budgets or overall preferences. Obviously, some equipment would be verboten — EMP cannons and the like — but allowing teams to outfit cars differently would easily take care of the issue of the cars being spec cars themselves, and spec racing generally being not as interesting to watch as series with a variety of cars on track like the WEC or even rally racing.

And the fact is, if you had a racing series where cars blow each other up with human pilots inside, that would be barbaric and insane and something no civilized society should take part in, like the ancient Roman gladiator games, or StarCraft.

No one cares if autonomous cars get exploded on the regular. Would it put the audience at risk? Sure, but that shit happens now in regular racing. Motorsports will never be 100 per cent danger-free, nor should they be.

Probably the biggest prohibitor in all of this, frankly, is cost. Race cars are never cheap. I can’t immediately figure out what the current cost of a Roborace car is, but I’m sure it’s well south of the approximately $3 million it takes to build one Formula One car. It ain’t Hyundai cheap, though. If the cars are always getting blown up, this is going to be an extremely expensive racing series.

That’s why — and this is super fucked up, but you know it’s inevitable — you get defence contractors involved in this whole thing. Nobody has more money than they do. And you know they want autonomous war machines, eventually. What better testing ground for those than this? I bet Raytheon, Lockheed Martin and Northrop Grumman will be about this way more than Ferrari and McLaren are. Or maybe they can all work together, and stick their booze ads on the sides of the cars. It’s about time the military industrial-racing complex becomes a thing.

So yes, this is how we will fix Roboracing. I have no doubt that its wanton, wasteful violence will contribute to our eventual downfall as a civilisation, but it will make for some damn good television as it does. And that’s more than I can say for Roborace at present, without missiles flying everywhere.