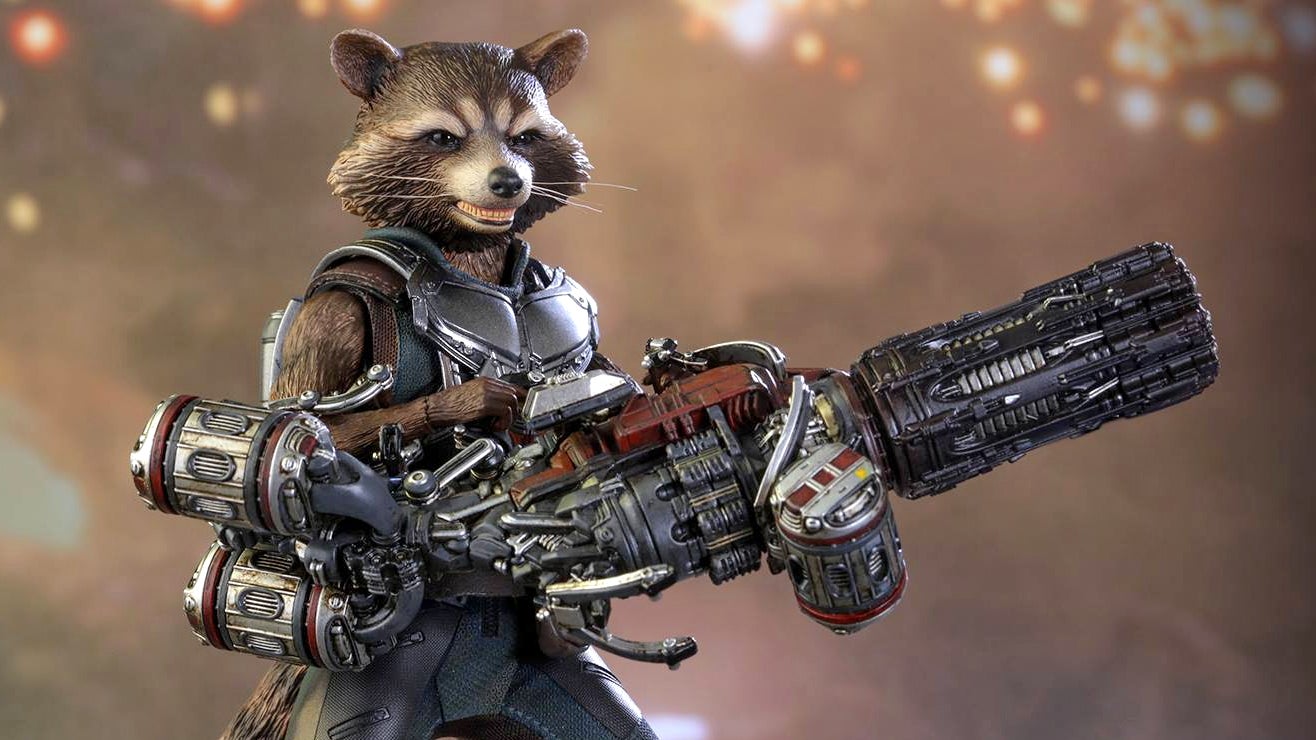 A fierce attitude is a good start, but when you’re a genetically-engineered raccoon trying to hold your own against giant space monsters, and even humanoids, it also helps to carry a big stick. Which is why Hot Toys’ new Rocket Raccoon figure comes with a gigantic blaster that’s almost as large as the character itself. 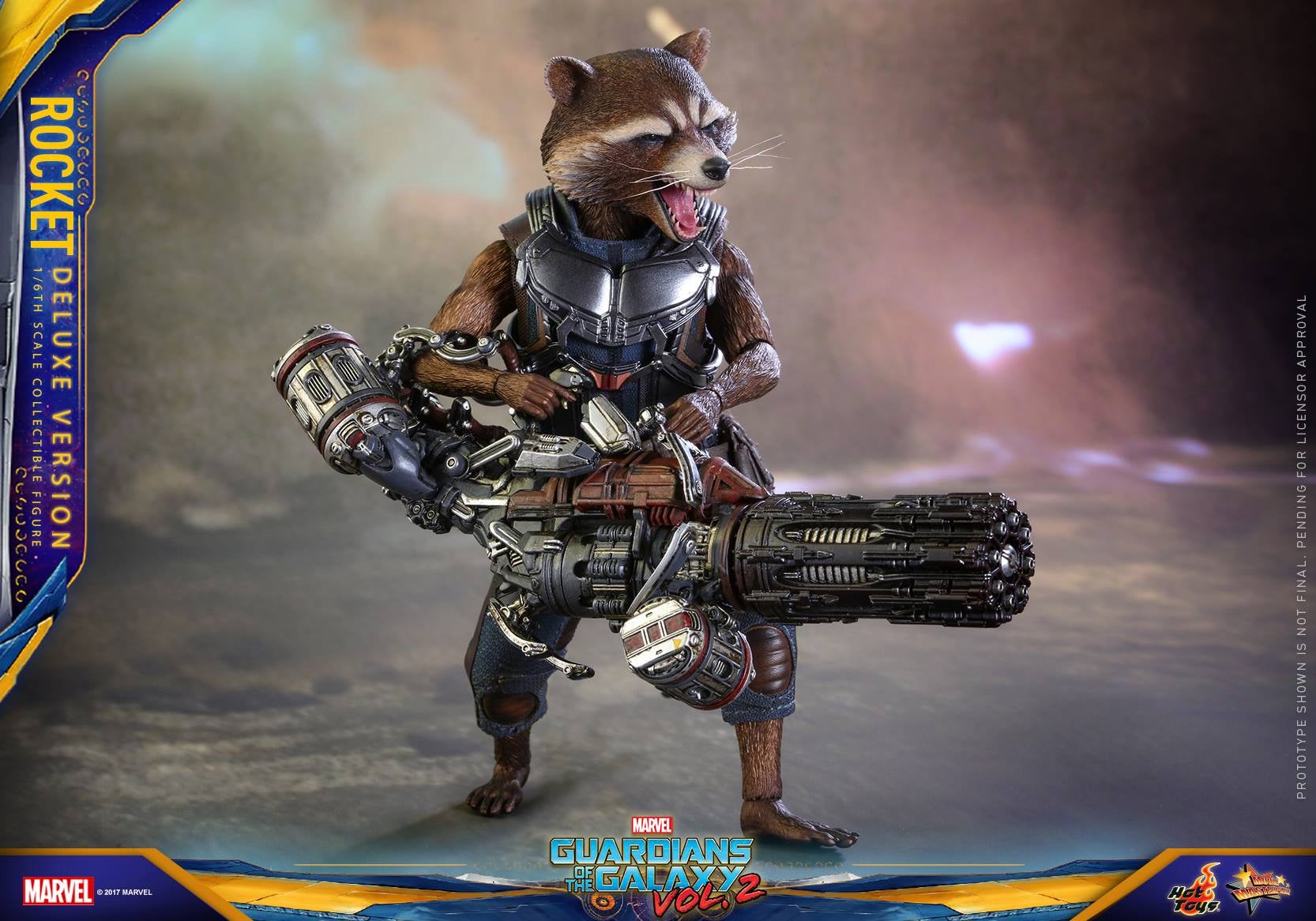 Guardians of the Galaxy Vol. 2 might still be a few months away from hitting theatres, but that just means the studio has lots of time to get fans all worked up about the toys and collectibles that will be released alongside the film.

Even at 1/6-scale, Hot Toys’ new Rocket is one of the toymaker’s smallest figures to date, standing just six inches tall. But to appease collectors, Hot Toys is including a heavy machine gun weapon with the deluxe version of the figure, in addition to a tiny, jumpsuit-wearing baby version of Groot that hasn’t been fully revealed just yet. 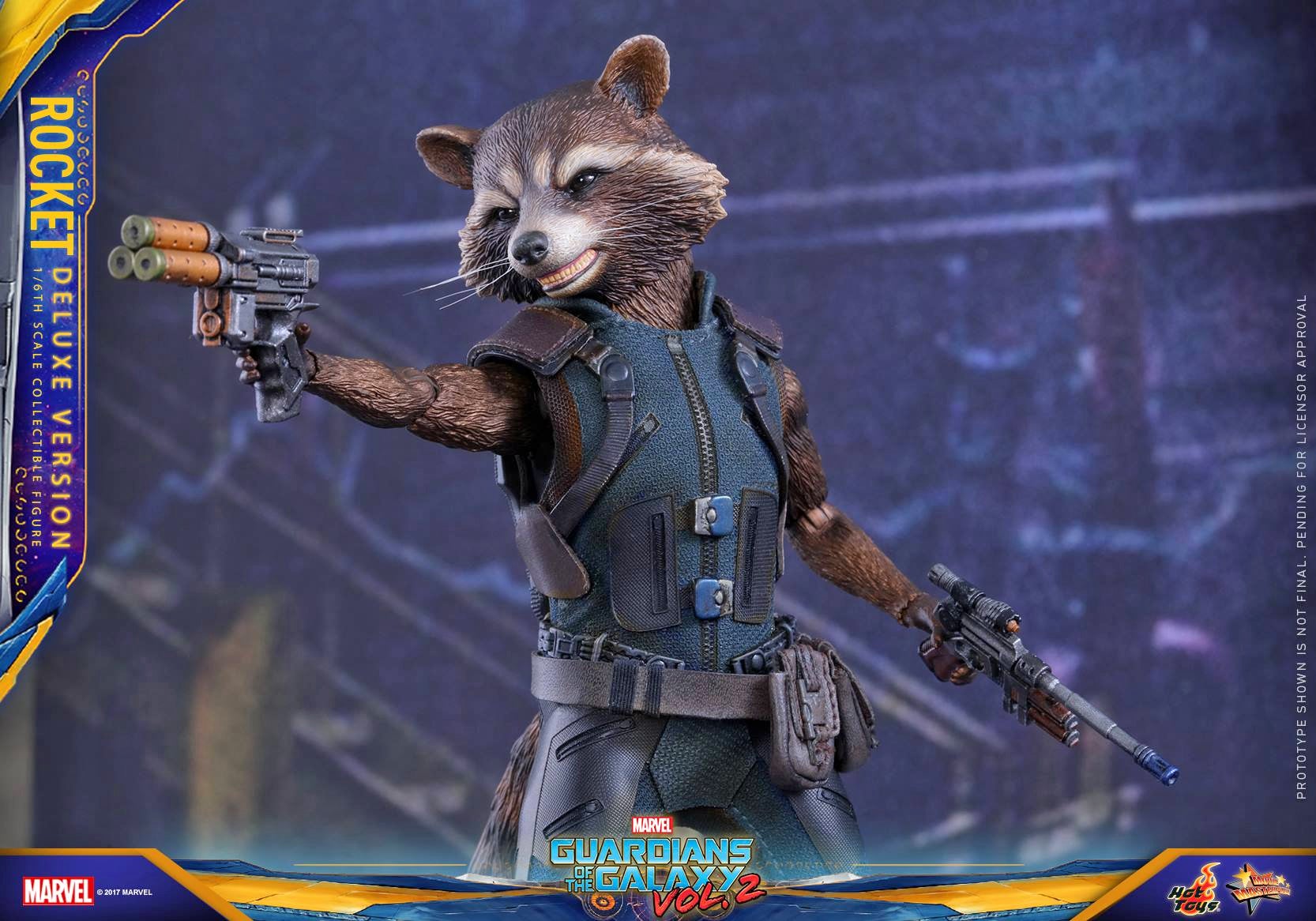 When you’re spending hundreds of dollars on an action figure, you’re probably going to spend your first few hours with it posting countless photos to Instagram to make fellow collectors jealous. So to facilitate all of your dramatic posing needs, Hot Toys has squeezed 17 points of articulation into Rocket, in addition to an alternate screaming head sculpt, four pairs of feet, and eight interchangeable hands — plenty of accessories to misplace.

Just don’t expect to have this in hand when you line up for your first showing of Guardians of the Galaxy Vol. 2, as Hot Toys doesn’t anticipate its new deluxe Rocket will ship until later this year, or in early 2018. 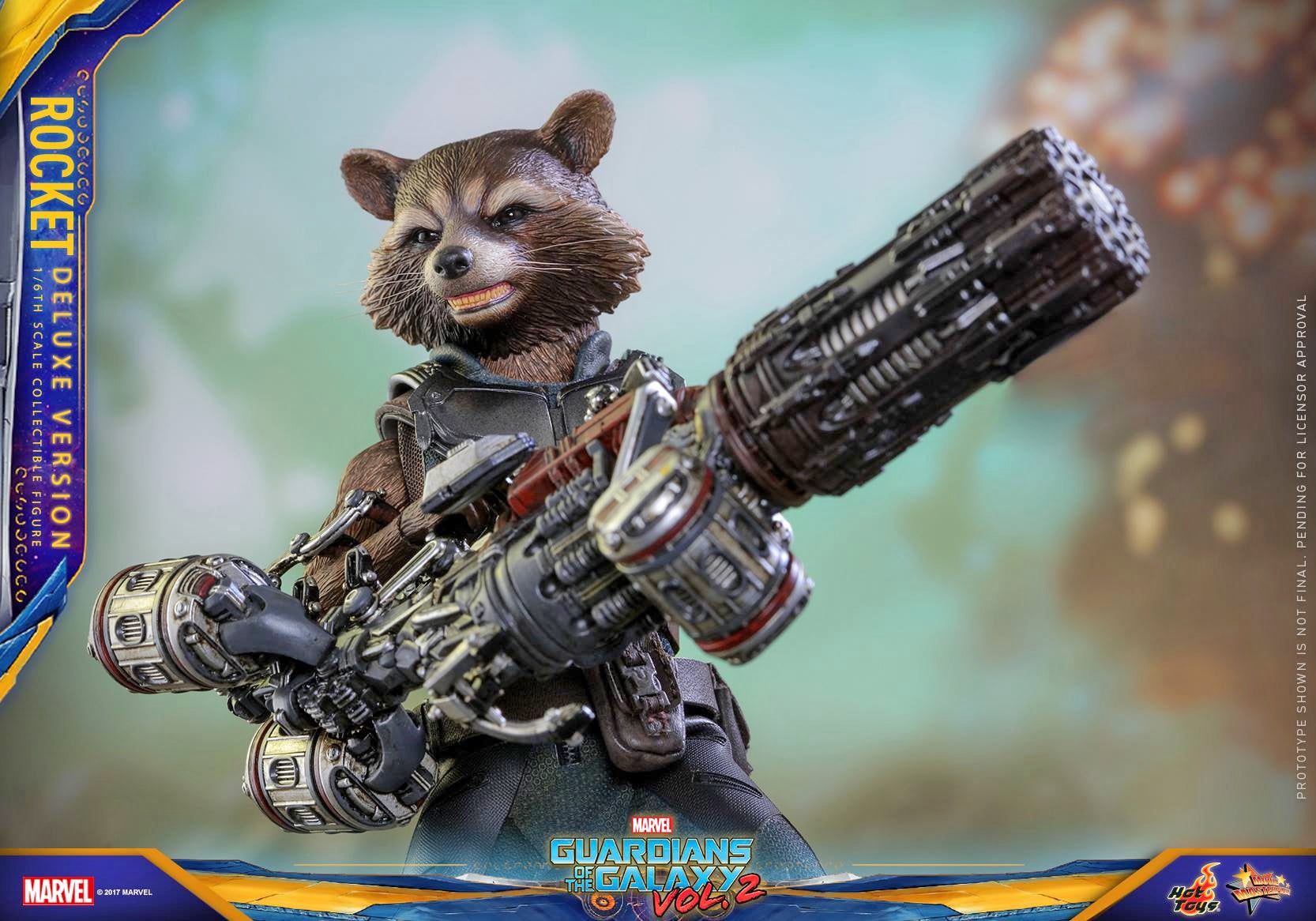