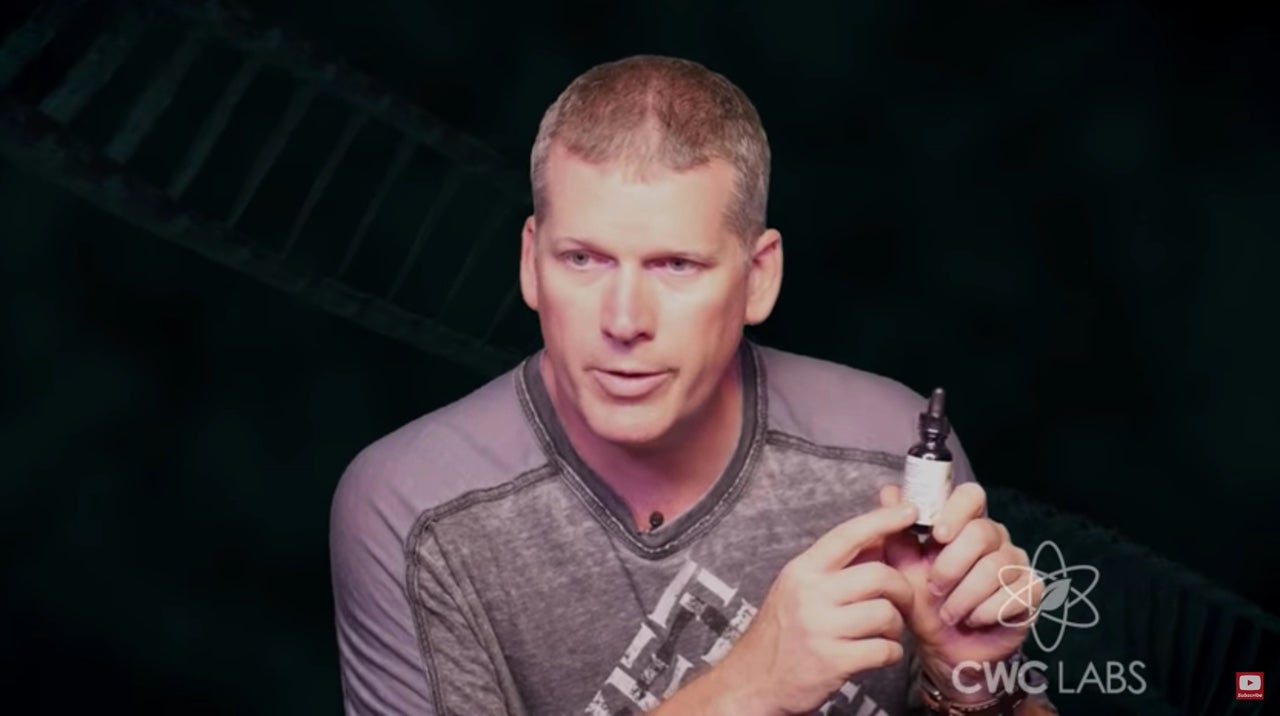 Recently, the website Natural News had roughly 140,000 of its pages de-listed from Google. Now, the site’s owner, Mike “The Health Ranger” Adams, is crying foul. He claims that companies like Google are “anti-Trump globalists” who are waging a war against speakers of truth like Milo Yiannopoulos and InfoWars. But the evidence suggests there’s no anti-conspiracy-website conspiracy here.

Mike “the Health Ranger” Adams, founder of the website Natural News, in a promotional video for his hemp extract (Screenshot via YouTube)

“You are witnessing a modern-day book burning by the internet Gestapo that now decides what knowledge you’re never allowed to access…” wrote Adams in a lengthy blog yesterday. “Especially because much of that knowledge can help set humanity free.”

Natural News no longer shows up in results for the topics it specialises in, such as claiming that the spread of Zika is a government conspiracy or that injecting yourself with Ebola is a great homeopathic vaccine for the disease. Seriously. The post was later taken down, but Natural News once hosted a recipe for a DIY Ebola vaccine that included an Ebola sample people were supposed to inject into their arms.

“The real agenda of the humanity-hating globalist agenda is now on full display,” wrote Adams in his tirade. “It’s about total domination over all information so that humanity never learns that cancer can be prevented with vitamin D, or that glyphosate herbicide causes cancer, or that statin drugs are a multi-billion-dollar medical scam.”

Officially, Google won’t say why the site was de-listed from search results, but the company does confirm that it happened.

“We don’t comment on individual sites, but if we find that a site violates one or more of these guidelines we may take manual action against it,” a Google spokesperson told Gizmodo. “Once a site has remedied the problem, the webmaster can submit the site for reconsideration.”

Natural News is notorious for spreading false information about health and wellness. And if I personally ran Google, I’d definitely train my algorithmic robots to at least roll their robotic eyes at the shit Natural News posts. However, the site’s misinformation probably didn’t get it blocked from Google’s search results. If that were the case, there would be plenty of other websites getting scrubbed.

It seems more likely that Google is just responding to technical violations of its terms rather than any political agenda. One glaring violation? The mobile version of the site performs redirects prohibited by Google’s terms of service.

That’s a big no-no for Google, and one that you may have encountered on sketchy websites before. When you click on a link, you’re supposed to go to the website you’re expecting, not redirected to something else. That’s kind of a basic part of the social contract online. Don’t take me to places I’m not trying to go to.

But Natural News isn’t having it. The Health Ranger claims that the website is currently blacklisted because companies like Facebook and Google plan to “enslave humanity.”

“With the attacks on Milo, InfoWars and Natural News, what you are witnessing right now is the coordinated silencing of every voice that opposes the corrupt, globalist establishment,” Adams wrote.

“All such voices are being ‘memory holed’ in the run-up to an attempted Orwellian-style domination over all information run by Facebook, Google, Yahoo, Twitter and other internet gatekeepers. This is all by design. It is nefarious, sinister and represents nothing less than the final desperate assault to enslave humanity by silencing truth,” he continued. It should probably be noted that the emphasis is in the original.

What should his readers do? Adams has a laundry list, but the last words of advice in his post claim that a “final solution” is coming:

Finally, prepare for total war on humanity. I’m being told from other sources that the “final solution” is coming soon from the globalists, and it’s going to be unleashed as an all-out war against Trump, liberty, free speech, natural medicine and every individual who dares stand up and speak the truth against the lying globalists and their fake news minions. The reason they are silencing Natural News, InfoWars and other outlets is because they are preparing for a very big false flag assault and they don’t want independent media websites to be able to counter the “official” news narrative.