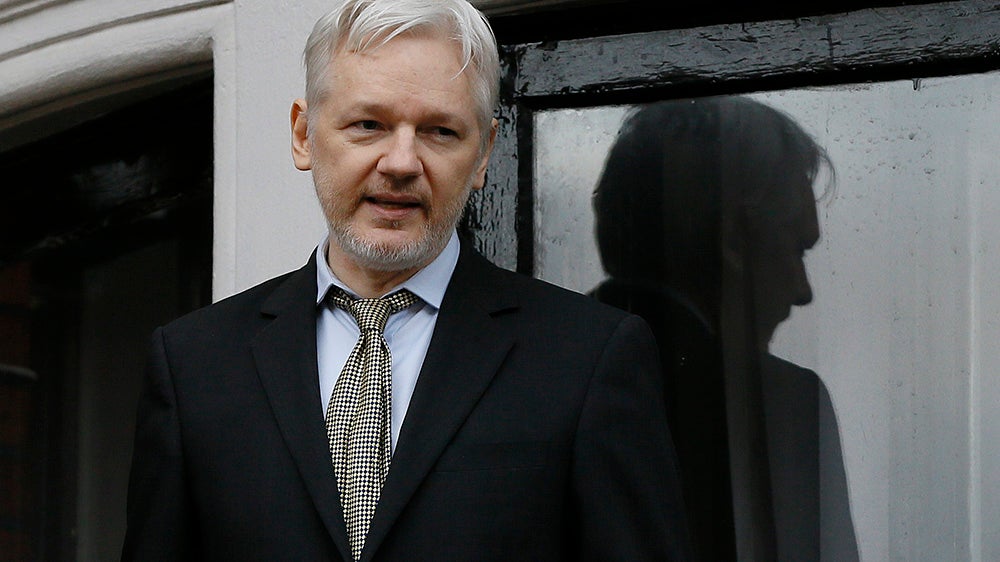 Ecuador’s foremost pain in the arse can finally stop tweeting in the third person as @Wikileaks, as he’s been doing since 2008. Lets give a hearty (if perplexed) congrats to Julian Assange for “joining” Twitter.

How did the Wikileaks founder introduce himself to this brave new digital world? By paraphrasing Mark Twain to address “Day Assange Killed”, a conspiracy theory suggesting that he’d been killed by the CIA after Wikileaks posted some cryptic strings of numbers and letters. Did I mention that that notion dates back to mid-October, and Wikileaks did nothing to dispel those rumours at the time?

Rumors of my death have been greatly exaggerated (in a curious plot) https://t.co/S7Nd9SIXIw pic.twitter.com/KpDzLbokxH

That’s the final nail in the Day Assange Killed coffin, so to speak. Assange made some questionable decisions when writing his bio though:

Refugee; Picking the lock to the chain that enslaves mankind — ignorance. No war without lies no peace without truth. Viva el Ecuador!

At a time when the United States is attempting to turn away actual refugees, that’s a pretty bold label to claim for one’s self, especially when his situation would be more accurately (if less succinctly) described as “not a refugee, just fleeing a rape investigation in Sweden“. And positing himself as a cure to ignorance when Wikileaks is, at best, a palliative, is also strange since the whistleblowing organisation not only helped birth the Pizzagate conspiracy, it actively fanned the flames.

In short, Assange is alive and still very much a jackarse. But the question remains: What has become of his cat? 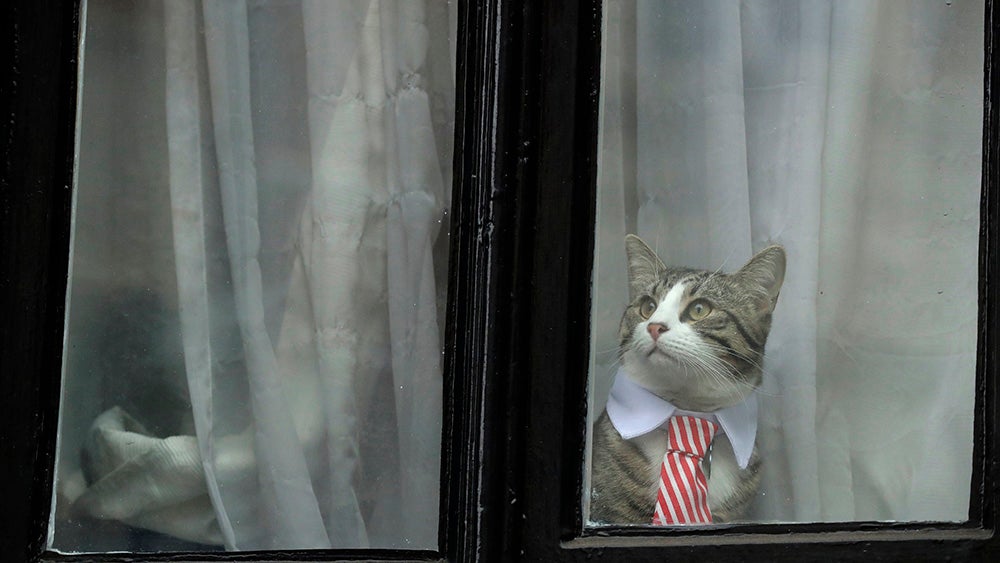 Meow twice, sweet kitty, if you’re being hauled off to a CIA black site in a pet carrier.