Even Your Fast Food’s Wrapper Is Bad For You 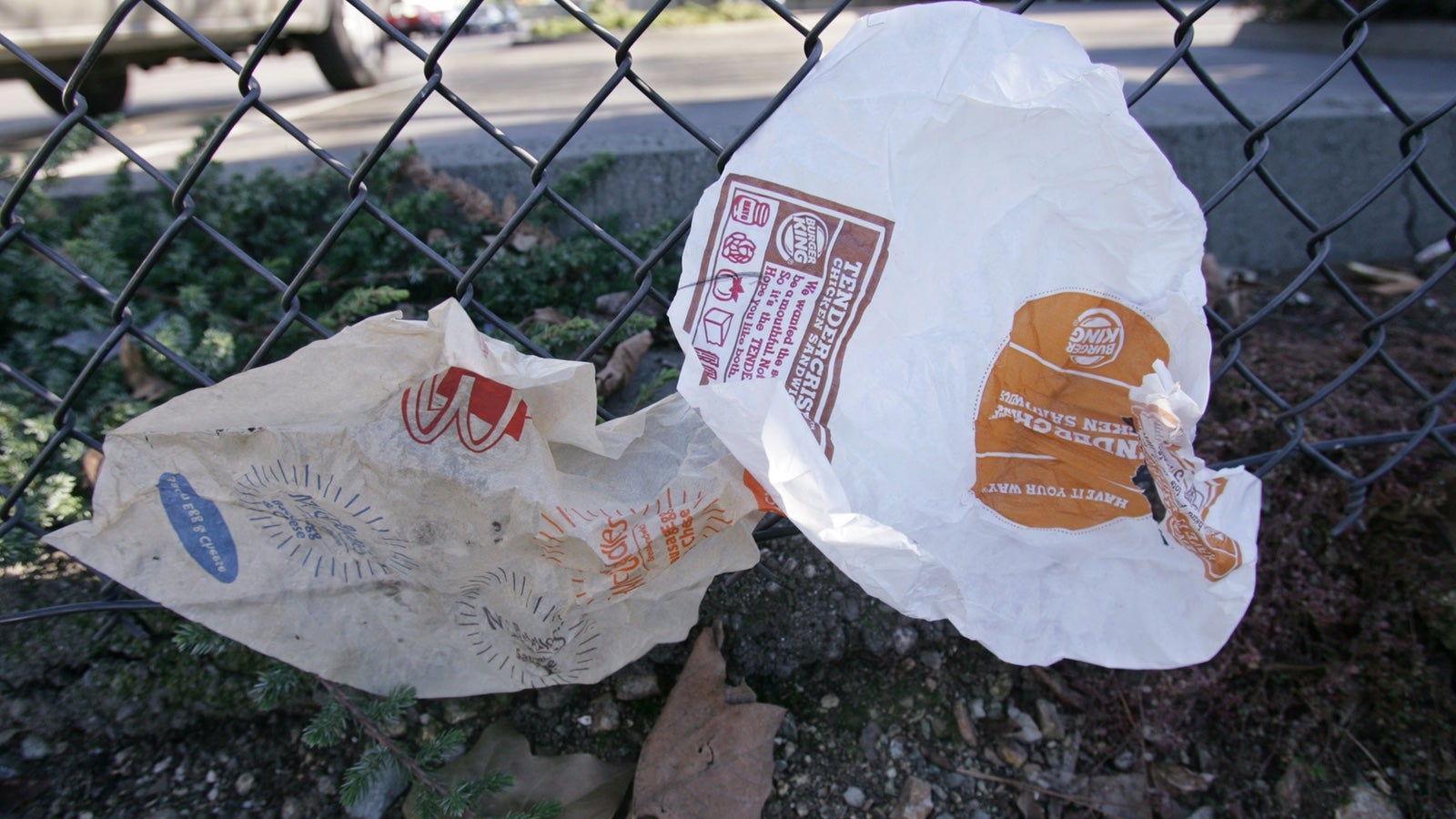 You don’t go to a fast food restaurant expecting a healthy meal, but you generally don’t expect potentially carcinogenic compounds, either. It turns out that a third of the time, that’s what you’re getting, and not in the food, but in the wrapper. Scientists aren’t sure how concerning this new health revelation is just yet, but it appears that even fast food wrappers can be bad for you.

A team of American scientists analysed around 400 samples of fast food packaging, and found that a third contained fluorine, indicative of certain chemicals harmful both to humans and the environment. The results demonstrate we could unknowingly be eating these chemicals should they migrate into our food. The information isn’t new — prior studies have also found these chemicals in fast food wrappers, but these results are important for demonstrating a quick new way to measure the chemicals, and for determining the scope of the problem.

The scientists hunted specifically for per- and polyfluoroalkyl substances, or PFASs, used to make consumer products stain-resistant and waterproof. But PFASs can also cause all sorts of shitty things like “kidney and testicular cancer, low birth weight, thyroid disease, decreased sperm quality, pregnancy-induced hypertension, and immunotoxicity in children,” according to the paper published today in the journal Environmental Science and Technology Letters. Fast food companies have phased out some PFASs, but the remaining ones can still leach into your food through the wrapper.

That’s important, the study’s authors write, because around a third of children (and often yours truly) eat fast food daily.

The researchers collected 400 wrappers, mostly from Washington State, eastern Massachusetts, western Michigan, northern California and metropolitan Washington, DC, from the 27 largest fast food chains, like McDonald’s, Wendy’s and Panera. They shot light particles, called photons, at each sample for around three minutes, and then watched for a characteristic gamma-ray signature that fluorine would emit.

You shouldn’t freak out too much about this, especially since you’ve already decided to eat something we all know bolsters our chances of obesity and other diseases. The study does note that some of the fluorine-containing products didn’t have PFASs, meaning the fluorine could have come from other chemicals. Plus, “It’s really difficult to make that link between what we were finding in the packaging, and how that might affect someone’s health,” first author Laurel Schaider from Harvard University and the Silent Spring Institute told the Chicago Tribune. “PFAS are a complex category.”

She isn’t kidding. Fast food companies used to include long-chain PFAS — so called because the molecules literally consist of a long chain of carbon with fluorine atoms on the end — in their packaging. Most companies have voluntarily switched to the shorter chain varieties due to health concerns, but scientists haven’t determined that shorter chain PFAS are risk-free either, according to a report by the Verge. The new study does suggest the shorter chain molecules could pass into food more easily.

We reached out to McDonald’s for comment but had not heard back at time of writing. In any case, here’s another reason to not eat fast food. I will probably continue to eat fast food.