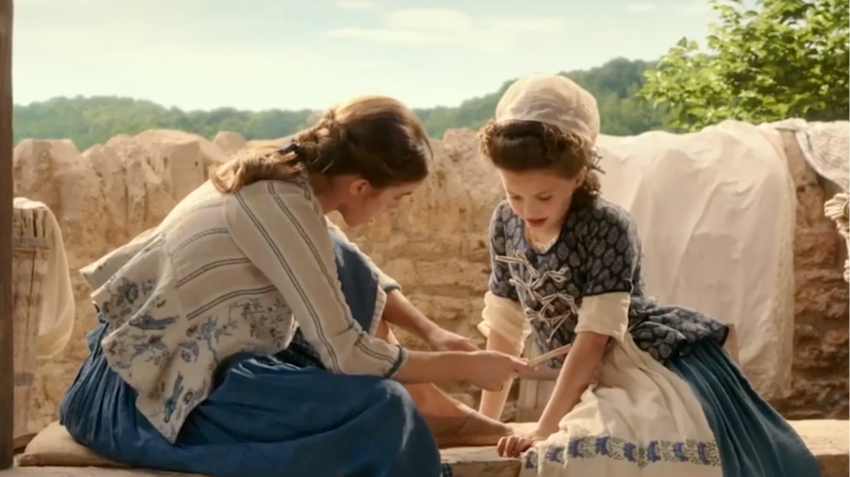 Belle is one of the coolest and smartest princesses of the Disney Renaissance, but not much is known about her besides her love of books and bestiality. Emma Watson, who’s taken on the role for the live-action Beauty and the Beast remake, has shared some details on how Belle’s backstory has been expanded… and how it’s turned the character’s fellow villagers into total dicks.

In an interview with Entertainment Weekly, Watson chatted about how Belle is derided not only for her reading prowess, but because she’s a “mad inventor”, taking the place of her father Maurice. Now don’t get me wrong, she still loves books — in fact, it’s shown that she’s secretly teaching a young girl how to read. But for Belle, wanting more than her provincial life isn’t just about stories, it’s also about her creating a device that the Vatican said liberated women more than the Pill.

That’s right, Belle invents the washing machine, or rather a prototype that’s pulled by a donkey. She does this after seeing that the boys got to go to school while the girls had to stay home and do laundry, which was a daylong task before the washing machine was invented. Watson then proceeded to share the reason why Belle yearns to escape the town… the villagers hate women reading so much, they destroy her washing machine!

“They’re deeply suspicious of intelligence and at anyone who is going beyond that,” Watson said. “Breaking the washing machine is symbolic of not just them breaking something she spent hours working on, they’re trying to break her spirit.”

Dude, Gaston might not be the worst guy in that town. Those villagers are arseholes. I understand if there was an anti-intellectualism thing going on in that town, it was the 1800s after all, but to destroy the one thing that could save half the villagers from hours of backbreaking labour? Geez. No wonder Belle ran off to become a prisoner in Beast’s castle. At least there she could read in peace. Plus, the laundry there was done by magic, so no need to find another donkey.