Deadset Aussie Legend Got His Echo To Talk To His Tesla 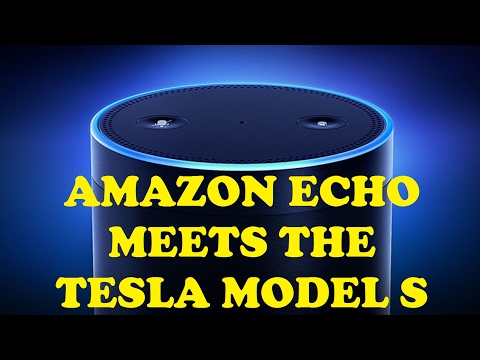 Australian education tech entrepreneur Luke Millanta is living his best life. How so, you ask?

He got his Amazon Echo to talk to his Tesla Model S, for one, just to see if he could. Watch the video here.

Millanta managed this by setting up a skill that allows the owner of a Tesla (Model S, X or 3) to pass commands to their vehicle via the Amazon Echo. So you can see him unlocking and locking the car, honking the horn, opening the charging port and flashing the lights.

“This can also be used to check the charging status of the Tesla (what percentage the battery is at), to start or stop a charging process, to start the air-conditioning system so as to cool or heat the car before entry, and to track the location / current speed of the vehicle,” Millanta told Gizmodo.

“This works the same as any other custom Alexa skill. There is an AWS Lambda function (r_s3x.py), written in Python, that is used to execute the commands. The Echo is used as a way to trigger the function.”

To interact with the Tesla, he is using the non-official Tesla API.

Millanta is the founder of Acadeemit, an education technology company that developed a digital assessment and online course delivery service, and says that outside of his ‘day job’, he likes to tinker.

“In September 2015, I created OnionView, an interactive map of the world depicting the location of Tor relay server nodes. In April 2014, I released SysLookup, a Windows desktop application that provided an alternate method for querying data from both Active Directory and System Center Configuration Manager.,” Millanta told Gizmodo.

Millanta was named the winner of the 2016 DigiCreate Steam Workshop Design Contest with the ‘Imperial Dragon Collection’ – a set of Team Fortress 2 game items design for the game’s Pyro class. He was also part of the two-man team responsible for incorporating changing weather patterns into CSGO.

But just quietly, we think this latest project is a standout. Bravo, Luke. Bravo.