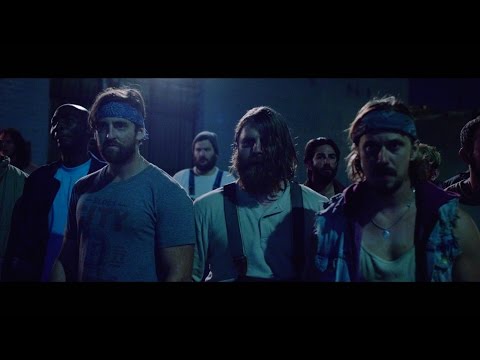 Video: Grimy street fights, sweet-arse rides, frickin’ heads being ripped off fools and a bunch of crap that looks like it won’t bother with making sense. This is the stuff, and it’s called Chuck Hank and The San Diego Twins. Here’s the first trailer. So buckle up.

Created by Evan Glodell, the writer-director of 2011 cult fave Bellflower, the film looks like the mutant bastard hybrid descendant of Big Trouble in Little China and Scott Pilgrim Vs. The World, and we mean that is most approving way possible. I mean, check out the official description:

The Syndicate, an evil gang bent on world domination, summons a secret weapon from the heavens and breaks the long-standing truce with the San Diego family by kidnapping their sister and cutting off the town’s supply of Tatsui Power-Up Drinks. Now Chuck Hank and the San Diego Twins must decide whether to fight — risking their lives, family, and the future of Flat Earth — or surrender their land to save their sister.