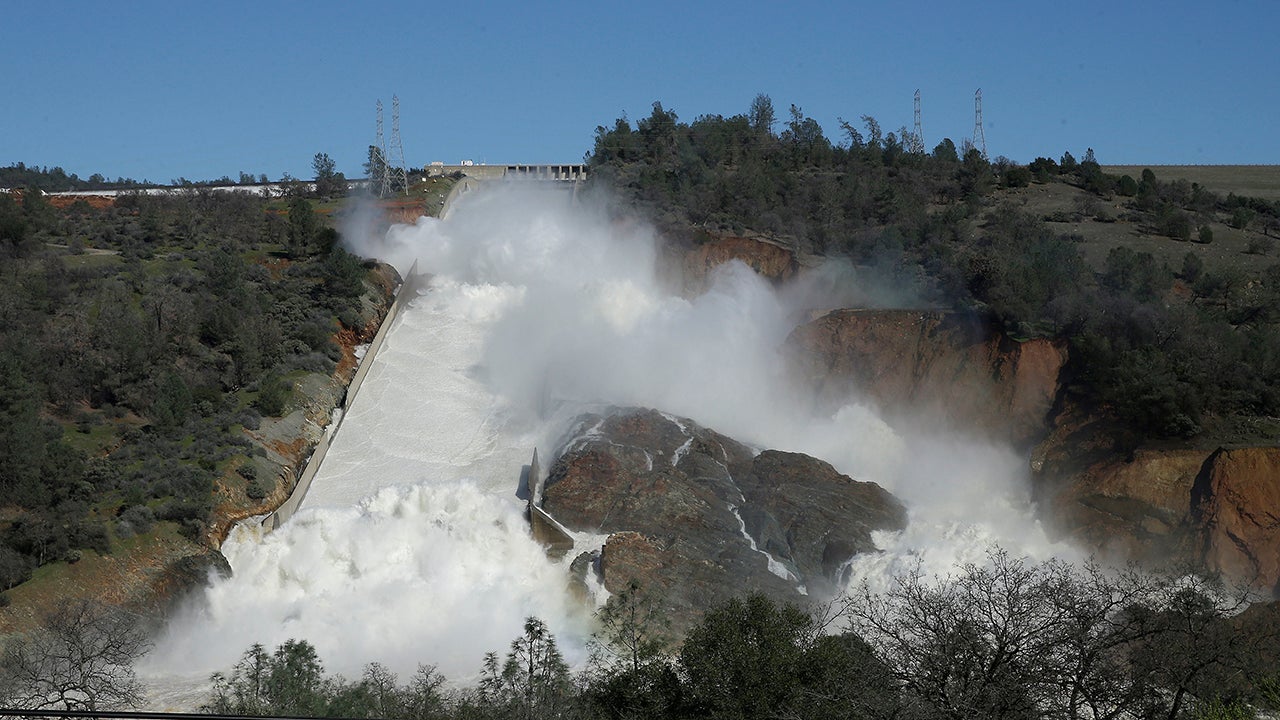 
The town of 16,000 is home to the Oroville Dam, the tallest in the country, which is experiencing water overflow thanks to heavy rains that have recently struck California. While Department of Water Resources (DWR) officials called conditions at the dam’s emergency spillway “stable” earlier in the day, authorities warned residents of Oroville, Marysville, Hallwood, Olivehurst, Plumas Lake, and Wheatland to evacuate immediately this evening:

This week, the emergency spillway was used for the first time since the dam’s construction in the 1960s when its main spillway began to erode, sending chunks of concrete flying down the damaged outlet.

via California Department of Water Resources

So what’s going on at the dam now? The Sacramento Bee explains that officials are now concerned about “a gush from Lake Oroville if the emergency spillway collapses,” which would release “as much as 100,000 cubic feet per second from the main.”

The DWR wrote on its Facebook page, “Officials are anticipating a failure of the Auxiliary Spillway at Oroville Dam… Residents of Oroville should evacuate in a northward direction, toward Chico. Other cities should follow the orders of their local law enforcement.”

“I’m scared to death. I’ve never been through anything like this before,” one resident of nearby Marysville told the Sacramento Bee. “I pray for the safety of everybody here.”

KCRA is streaming the evacuation and the potential collapse of the emergency spillway on Facebook live:

Update, 10:45PM EST: Butte County Sheriff Koney Honea told the Associated Press that the California Department of Water Resources does not believe the dam is eroding as fast as they originally thought. The evacuation order was issued after engineers noticed a hole in the spillway, in the event that “the worst-case scenario came into fruition,” said the sheriff. As of around 6PM PST, only two inches of water is overflowing from the dam, which is lower than earlier.

Honea said there is a plan to plug the hole by getting a helicopter to drop rocks into the crevasse.