Australia Still Doesn’t Have John Wick 2, But We Do Have Keanu Reeves Being John Wick IRL

Video: While Australia taps its foot impatiently waiting for any news about a local release date for John Wick: Chapter 2, here’s a look back at just how brilliant Keanu Reeves is in training for the iconic role.

John Wick 2 premieres internationally in one week. But the film hasn't been classified in Australia, and none of the major cinema chains have a set screening date for it. So what's happening?

While we wait, here’s a retelling featuring John Wick’s dog.”]

Australia Still Doesn't Have John Wick 2, But We Do Have A John Wick Virtual Reality Game

While we patiently wait for Australia to join the rest of the world and at least get a release date for John Wick. Chapter 2, we can play as John Wick in VR. Not even kidding. 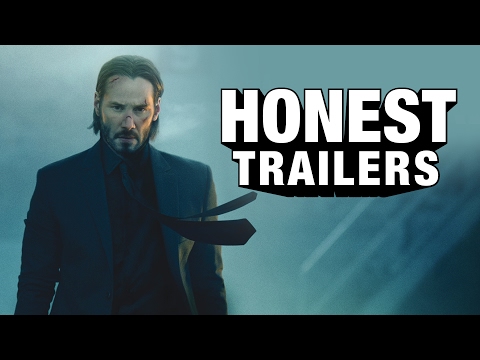 Australia Still Doesn't Have John Wick 2, But We Do Have An Honest Trailer For John Wick

While John Wick 2 continues to be MIA in Australia, at least we have, uh, Dog Wick. And a virtual reality game. Oh and now there's Honest Trailers' take on the first movie.

Australia Still Doesn't Have John Wick 2, But We Do Have 19 Keanu Reeves Sci-Fi And Fantasy Movies, Ranked

Keanu Reeves has certainly devoted a large chunk of his career to those genres we love best. So with the rest of the world getting John Wick. Chapter 2 while we still have no word on a release date, now seems a good a time as any to remember his oeuvre. His performances don't always vary much, but the films sure do -- and here they are, from bogus to excellent.