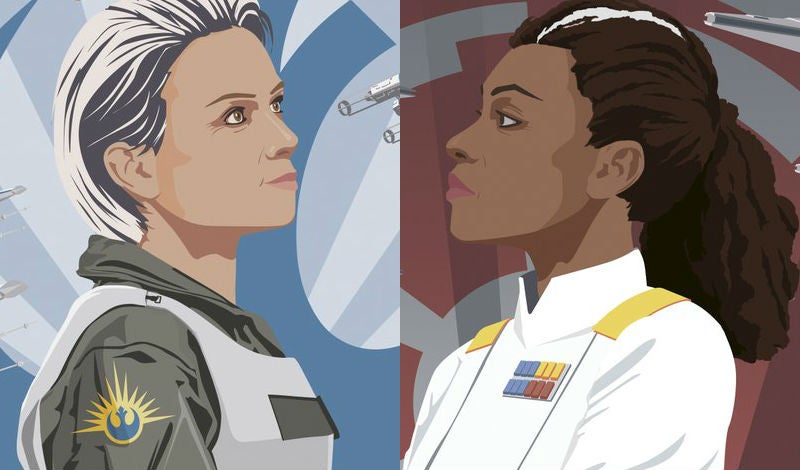 If you’ve only been watching Star Wars movies over the past two years, you’ve missed a bunch of great stuff. The comics, books and TV shows have featured huge revelations and new characters. In the case of the books, though, most of the new stuff has only been visible in our imaginations. Until now.

The third book in Chuck Wendig’s Aftermath trilogy, Empire’s End, is out February 21. (Exclusive first excerpt here!) It’s a story set after Return of the Jedi but before The Force Awakens that explains what happened to classic and fan favourite characters, as well as lots of new characters.

Two of the stars of the story are Rebel Norra Wexley and Imperial Rae Sloane, and on the occasion of the final book’s release, Barnes and Noble will release an exclusive poster with them on it. We’ve seen Sloane before, in the pages of the Marvel Comics, but never as a Grand Admiral. And no one has ever seen Norra Wexley before, which means this is her first actual appearance in Star Wars canon. Here are Grand Admiral Sloane and Wexley, thanks to Del Rey and artist Steve Thomas. 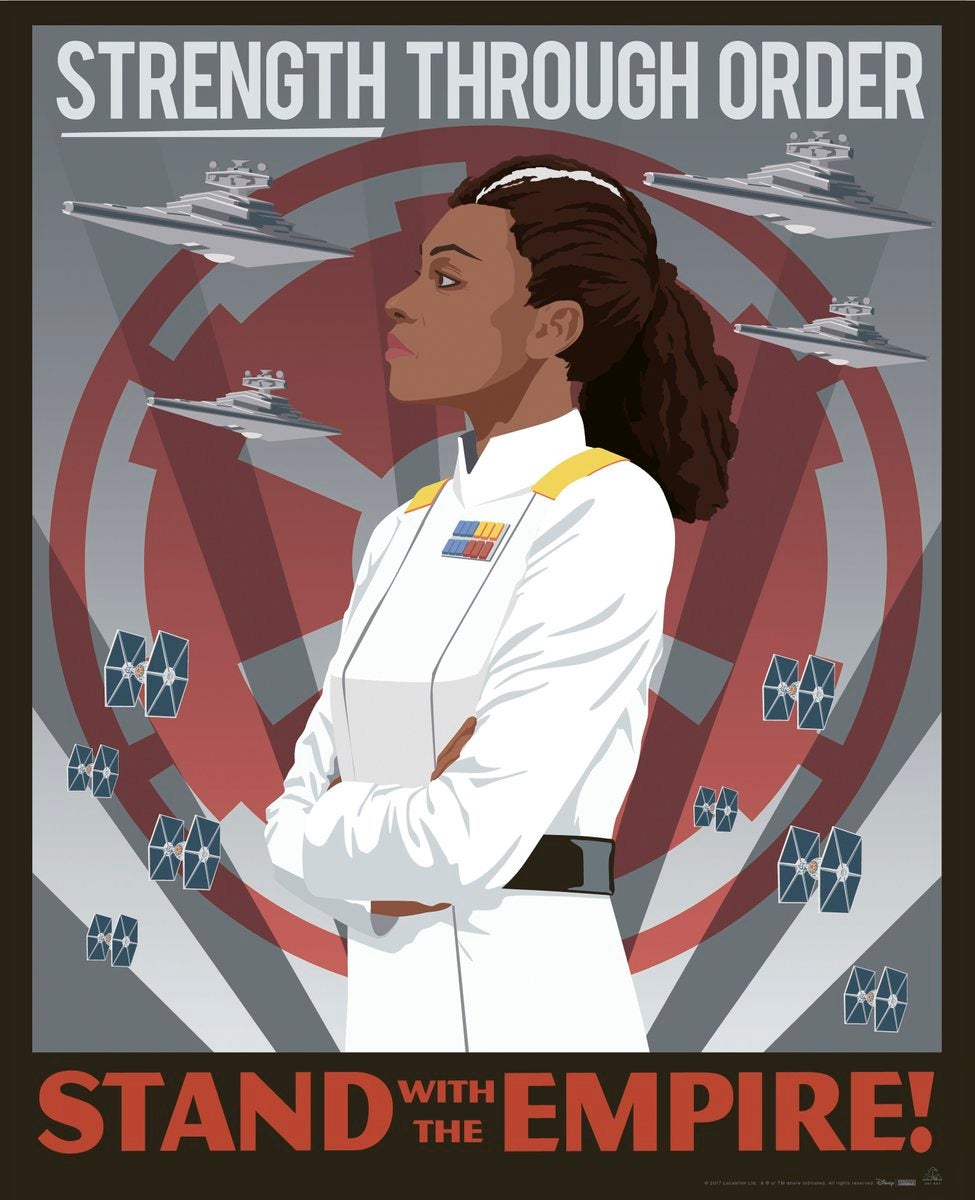 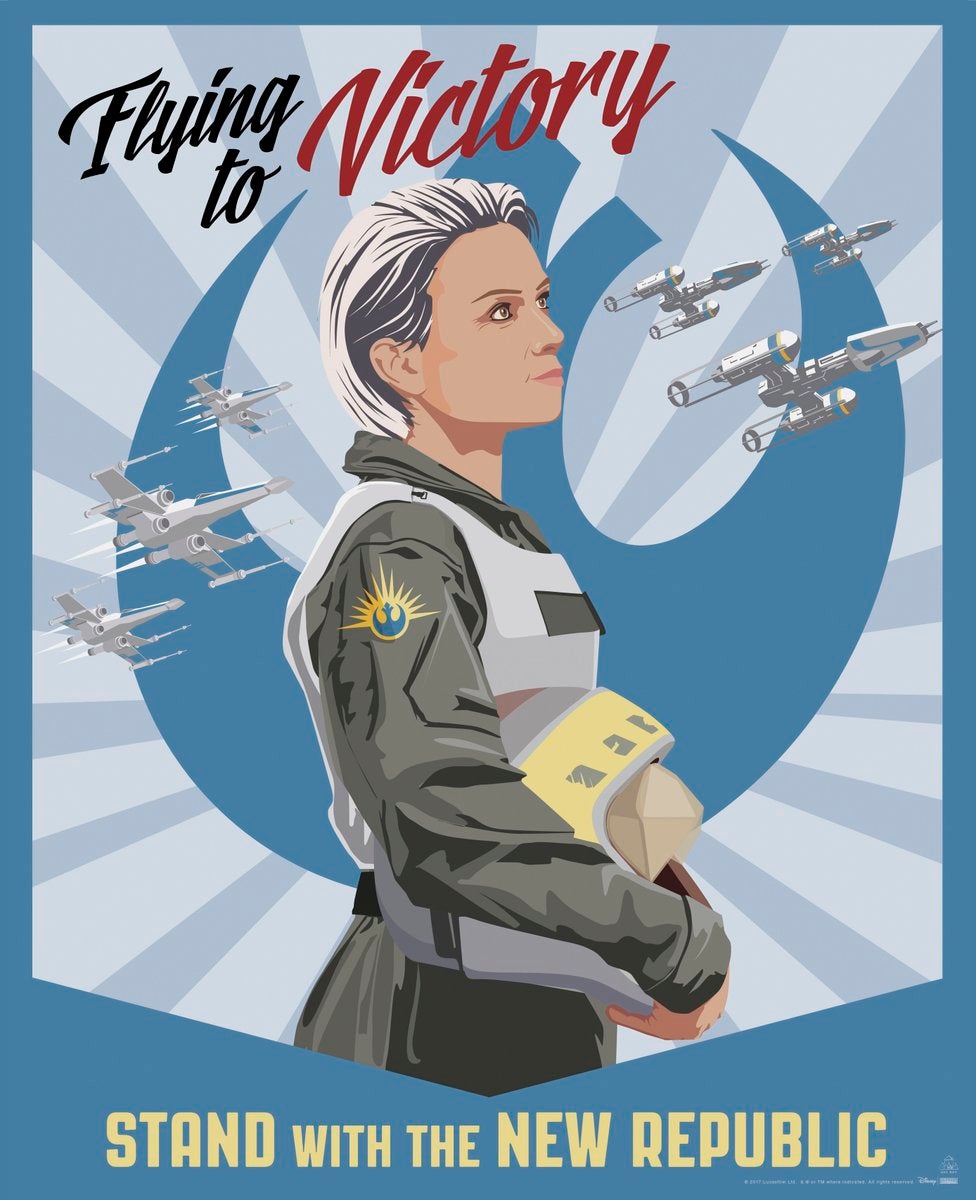 Now, if you haven’t read the books, here’s some background. Norra Wexley was a hotshot Rebel pilot who fought in the Battle of Endor. She thought she was going to be done after that, but since the Empire didn’t go away after the death of the Emperor, she was sucked back into the fight. She now leads a small team of Rebels (much like the team on the show Rebels, but with different characters) on various missions. By the end of book two, Life Debt, Wexley and her crew set off to find Grand Admiral Rae Sloane, a high-ranking Imperial leader the team believes was responsible for a violent attack on the New Republic.

And if the name “Wexley” is ringing a bell, yes. Norra’s son is Snap Wexley, the character played by Greg Grunberg in The Force Awakens.

If you’re dying for a Star Wars fix as we wait for The Last Jedi, the Aftermath books will do the trick. The first book is a bit of a letdown, with much of the action focused in one place. Its sequel is glorious, though. With Life Debt, Wendig really spreads the story out and gives the new characters depth. Plus, there are some amazing asides featuring Han Solo and others. It’s worth catching up before Empire’s End hits shelves.