In 2017 The TV Is Just A Fancy Arse Computer Display

We’ve seen some incredible TVs at CES this year: Stunning screens that practically melt your eyeballs. But the real stars of the show haven’t been the displays. Instead, the TVs are remarkable for their designs. The coolest TVs of CES 2017 pulled all the guts of the TV out of the display hardware, and in the process effectively completed the modern television’s transition to a giant arse computer monitor.


The television has been trending towards being an enormous desktop PC-type gadget for a while, ever since TV makers embraced “smart” TVs and had to learn how to be software makers — providing their customers with apps and operating systems just like a computer maker like Dell or Lenovo or Microsoft might.

But taking the guts out of the TV display and putting them in a box has completed the evolution. The line between TV and traditional computer is now virtually non-existent. The only difference between a new TV and my desktop PC and monitor is price and quality. More: Great, Now HDR Is Getting Confusing Too.

Samsung’s new flagship Q9 (and the cheaper Q8 and Q7) might be the most telling example of the PC transformation. The TV is a big, bright display attached to a box by the new Connect cable, which is about the width of fishing line. The box is completely unassuming, easy to miss whether you’re walking around the Samsung booth looking for it, or have it set up in your home theatre. It’s just a big black box with an OS, a lot of computing guts, and a whole mess of ports. 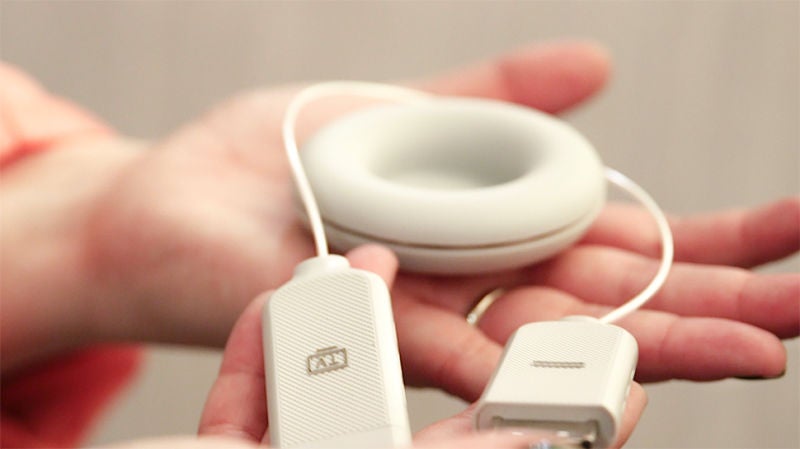 These cables lead from Samsung’s new Q9 to the box which contains its guts.

If the Samsung Connect cable ever stopped being proprietary and was made available to third parties, anyone could build their own smart TV box to use with the display.

More: Sony Has An OLED TV Too Now

LG, which also knocked all the guts off the display with its new OLED W7, at least had the good graces to make its computing box do double duty. Besides holding the smart TV guts and the power supply for the display, the TV’s smart box is also a Dolby Atmos soundbar. More: LG’s Newest OLED TV Is Another Small But Definite Improvement. 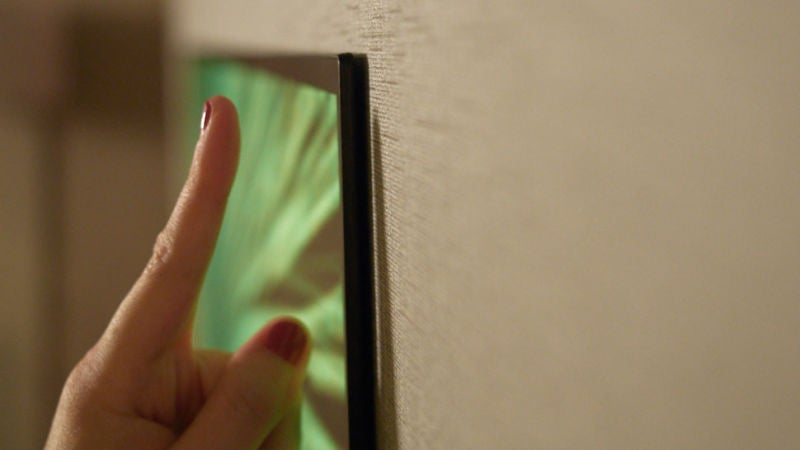 LG’s new flagship is so skinny that its guts won’t fit in the display.

And because the box handles powering LG’s insanely thin OLED display, and thus forces the cable binding the two together to do a lot more work, it makes the ecosystem feel more tied together and a little less like the wackily shaped PC tower that the smart box is. Unlike with the Samsung Q9, a single cable isn’t the only thing standing between the LG OLED W7 and the reality of TVs just being really big computers with kind of crappy operating systems. More: Just Look How Freaking Thin LG’s New OLED TVs Are.

Sony just barely skirts that reality with its new Bravia XBR-A1E OLED, too. Like LG, Sony’s made an almost impossibly thin OLED panel with all the guts moved off of the display — but perhaps mindful of the fact that TVs are rapidly becoming giant overpriced computers, Sony has tried to bind its smart box to the TV. Besides housing the guts, the smart box serves as a stand for the TV and as a subwoofer.

And Sony also doesn’t seem as keen as Samsung or LG about having a TV that mounts perfectly flush to the wall. The company slapped some speaker actuators on the back of the Bravia XBR-A1E OLED, which turns the TV itself into speakers. I’d be more excited about this concept, and Sony’s TV in general, but the company’s decision to provide zero audio demos of this major new sound tech makes me a little wary. Will it actually work? 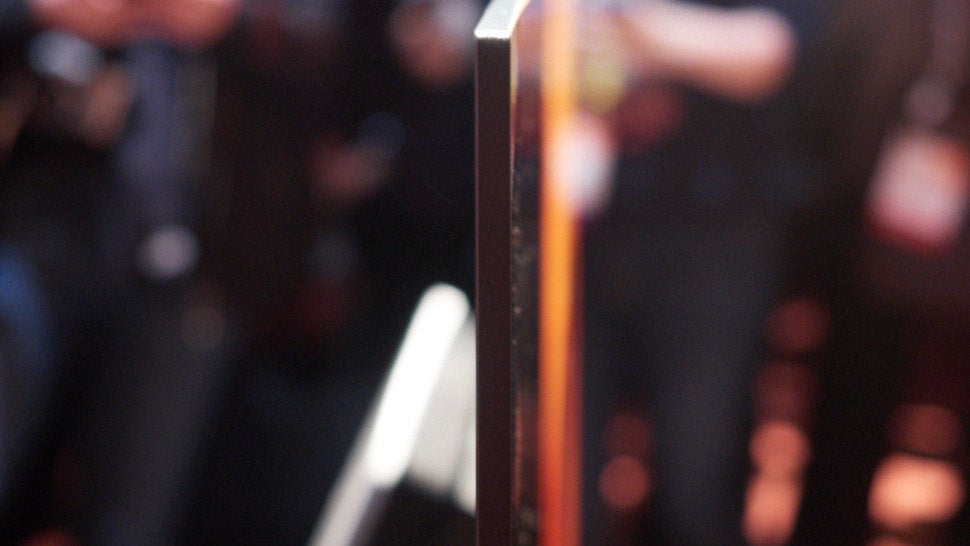 Other TV makers weren’t quite as passionate about blurring the line between computer and TV as the big three. Panasonic made a new flat OLED, but it left all the guts inside the television (and also has zero plans to bring the set to the US). Lesser manufacturers, like Hisense, Sharp, and TCL, are still making much more traditional TVs — choosing to focus on display quality and better software, instead of on design.

More: TCL’s New Roku TVs Are Some Of The Cheapest Sets With HDR

Yet I have zero doubt that in the coming years a major TV maker is going to stand on stage at CES and announce a television that is just a display. “We realised you want to be able to upgrade the smarts of your television,” a CEO will say, and then they will show off what will be, in essence, a giant computer monitor with a super tiny computer that’s controlled by a remote. Samsung, LG, and Sony are the trendsetters when it comes to TVs, and this year they have shown they want thin and pretty, and that they want all the guts somewhere else — far from the glowing screens.

Also: The Curved TV Gimmick Might Finally Be Dead