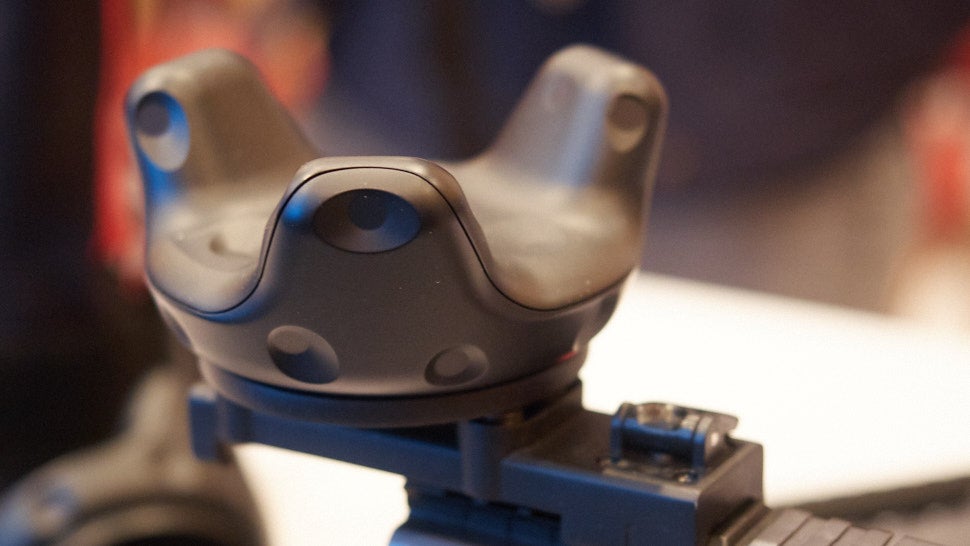 Last year, HTC made the best virtual reality experience possible. One as close to the promise of Star Trek’s Holodeck as we’ve ever come. This year at CES, HTC hopes to improve on that experience by introducing two new accessories: A welcomed new headset strap and the Vive Tracker, a small peripheral that lets you put any real world object you want into the virtual world.

The Vive Tracker isn’t magic. You can’t strap it to a device and expect the software on your computer to recognise it. Instead, it’s a small peripheral about the size of the head of a Vive controller, and possessing all the same tracking points as a controller. Developers can integrate it with their own peripherals to instantly put anything from a baseball bat to a fire hose into VR.

HTC had a number of peripherals available at CES, including a wide array of toy guns, bats, gloves, fire hoses and cameras. Some peripherals were little more than props, while others felt like full integrated controllers, with additional buttons and joysticks built in to give players more control in their virtual world. 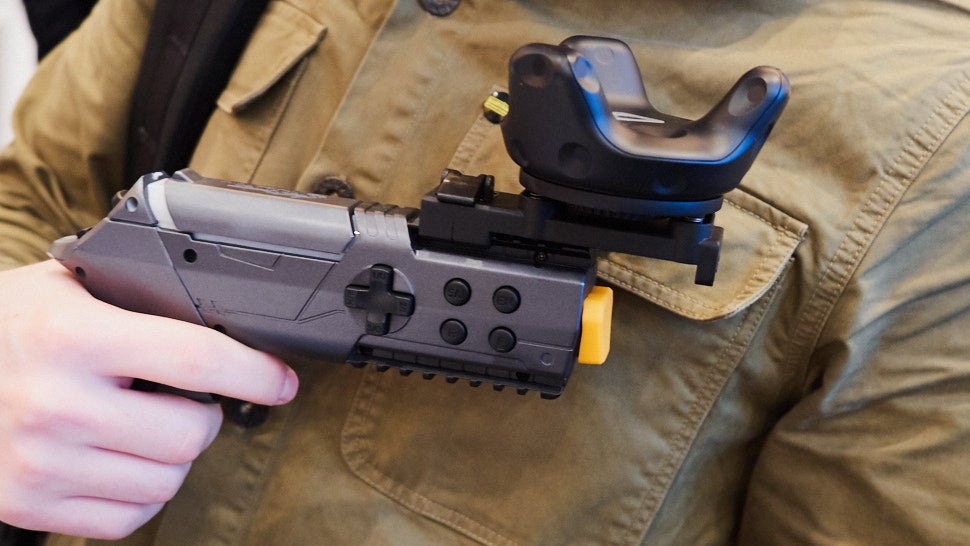 But there was one minor problem, at least for me. It still felt like there was some distinct lag in the experience. While swinging a bat was satisfying, missing every single ball because the tracker was a few milliseconds slower than my swing, was not.

And there was also the danger factor. Asking someone to blind themselves and then giving them a bat so they can play VR baseball sounds very cool, but it also means you now have a blind person wildly swinging a baseball bat. One bad swing and that precious family heirloom is smashed or that precious child is beaned. In fact, the developers showing off the bat VR game seemed incredibly nervous every time someone slipped on the headset, urging everyone to step back and panicking if they felt you got too close to the bat wielder. 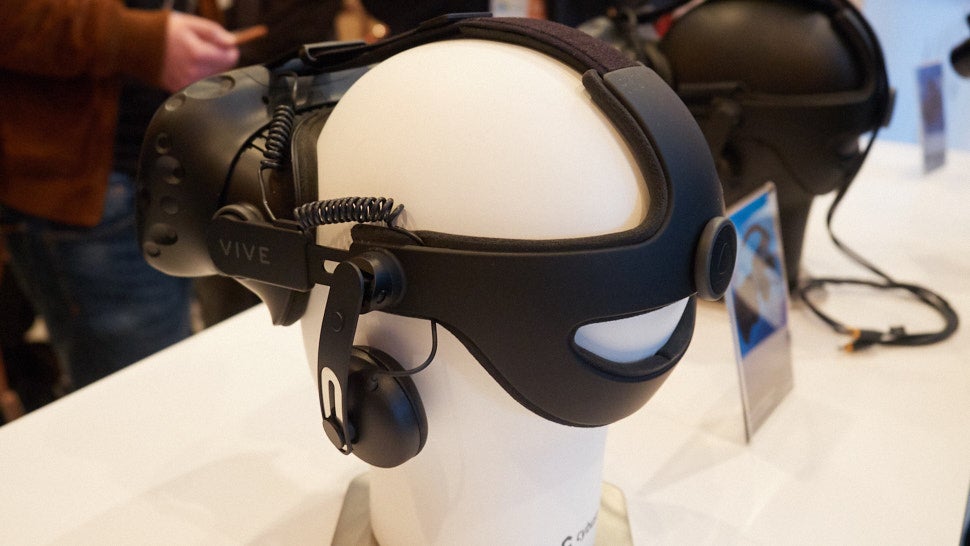 HTC’s other big peripheral has less potential for bodily harm. The Vive Deluxe Audio Strap sounds like a mouthful of garbage, but it’s a new strap to replace the absolutely awful one currently included with the Vive. The new strap is such a step up from its predecessor that it’s a wonder HTC is even planning to charge for it. It’s what should have been included with the Vive to begin with.

Taking a lesson from the exceptional design of the PlayStation VR headset, the Vive Deluxe Audio Strap is more rigid than what’s currently included with the Vive, and it has a small hinge so you can quickly pull the actual headset away for fast visibility without removing the entire apparatus. It also has headphones built in.

Neither the Vive Deluxe Audio Strap or the Vive Tracker have a price yet, but both are expected to ship in autumn of this year.