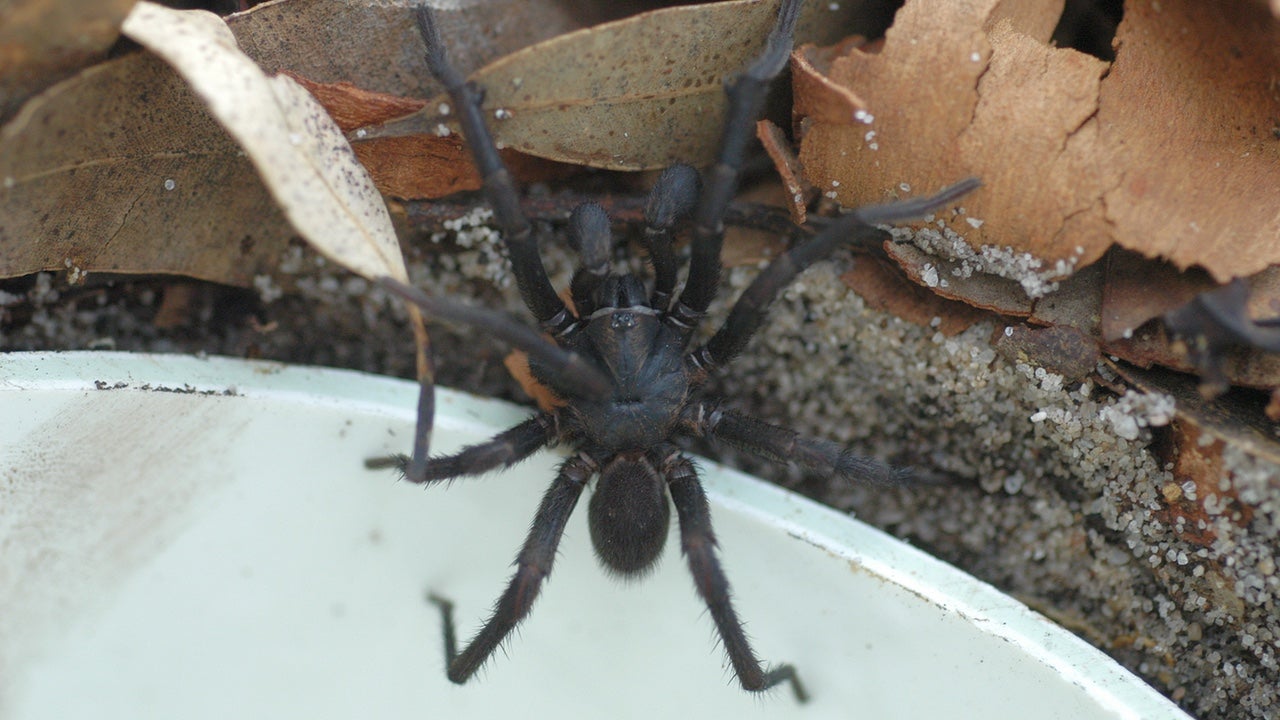 Today has been a stressful day in American science news. So, it seems like the perfect time to site back and relax with a nice, comforting story about an Australian zoo asking people to catching deadly venomous spiders for it.

You probably already knew that Australia has some really terrifying spiders (though apparently they aren't as dangerous as the bees). One of those eight-legged monsters is the Sydney funnel web spider, a potentially deadly arachnid inhabiting a small semicircle on the eastern Australian coast that includes the Australian Reptile Park in New South Wales. Manufacturers rely on spider venom supplied from the park to produce a spider bite antidote.

The park depends on its own catchers and the local community to collect Sydney funnel web spiders, which employees then milk for venom. When anti-venom stockpiles start to run low, the zoo will periodically issue a call for spiders. This happened once in 2012, and it's happening again this week.

The anti-venom program was now at risk after too few spiders were donated last year and a recent heatwave encouraged more spider activity and bites, the park's general manager, Tim Faulkner, said on Tuesday.

"We rely on community support to keep this program alive," Faulkner said in a telephone interview. "We have tried to catch enough spiders ourselves and we just can't."

Once captured, zookeepers take the spiders into their "big, beautiful milking room", plop them on a tray and gently suck the venomous spit off of their fangs with a thin pipette, according to a video released by the park in 2011:

The park runs spider drop-off points on location and at hospitals, and is now reminding folks that they can catch and drop off spiders themselves. No poor souls have succumbed to the spindly jerks since anti-venom production began in 1981, according to Reuters‚ so we better help the park keep supplies up! Faulkner suggests thwacking the spiders into a jar with a wooden spoon as a nice, easy way to capture the beasts.

If you get bitten, the video above suggests you remain calm and motionless, apply pressure to the site and head to the hospital immediately.

Good luck out there, spider hunters.