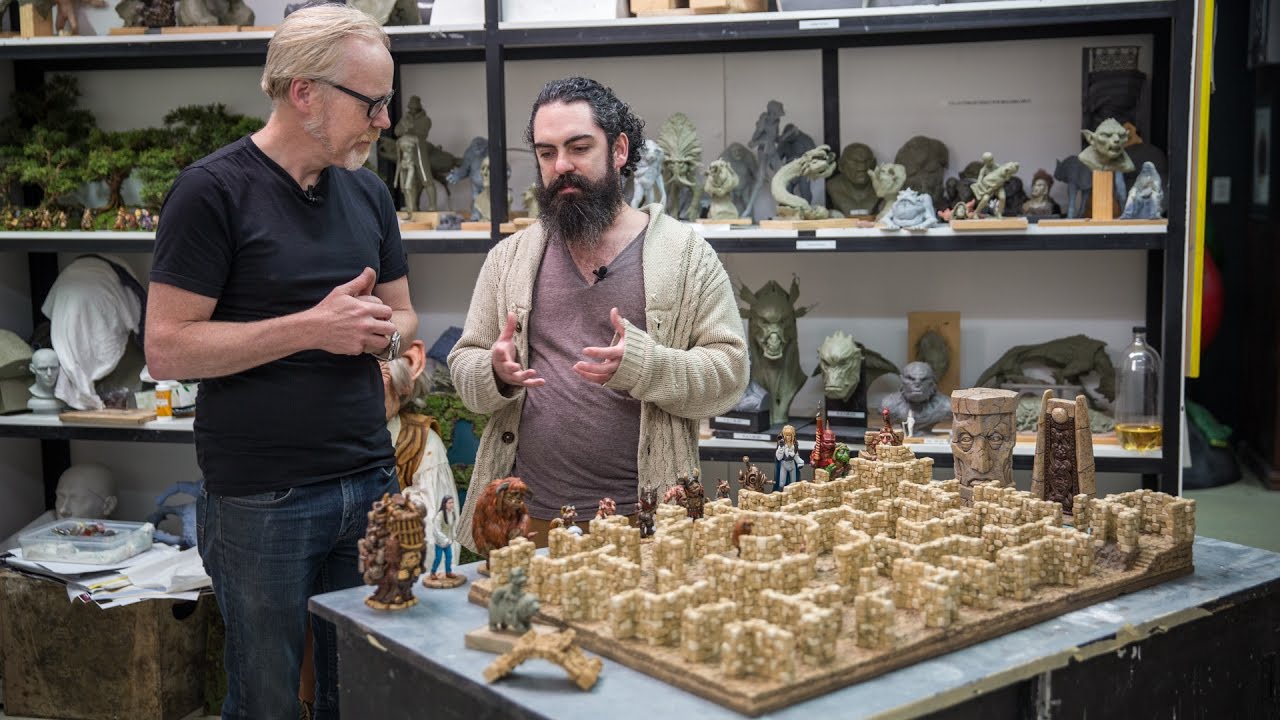 No one at Peter Jackson’s Weta Workshop does anything in halves. Ever. Even former Mythbuster Adam Savage was near-speechless after a recent visit to the studio to meet sculptor Johnny Fraser-Allen and the enormous project he’s undertaken: building a room-sized, fully sculpted replica of the Labyrinth board game we saw last year.

Fraser-Allen was actually commissioned by River Horse Games to create the sculpts for the official Labyrinth board game. But he didn’t stop there — what was originally a side project has transformed into an “obsession”.

Even Savage admits during the video that he’s an “amateur” up against Fraser-Allen’s attention to detail.

Savage, of course, is no stranger to crafting copies of artefacts from famous movies, with his own recreation of the hedge maze from The Shining doing the rounds with the Stanley Kubrick exhibition.

The ultimate plan is to create a playable version of the game, complete with 3D-printed maze, castle, characters and other bits and pieces. The only problem is it’ll likely take up an entire room.

And that’s just the start… Fraser-Allen is considering more upsized, sculpted versions of popular board games:

… this is also going to work for Monolith’s Conan or Zombicide: Black Plague or Hero Quest; I really want to make a 3D Hero Quest because it’s the best board game ever.