What Westworld Needs To Do In Season Two 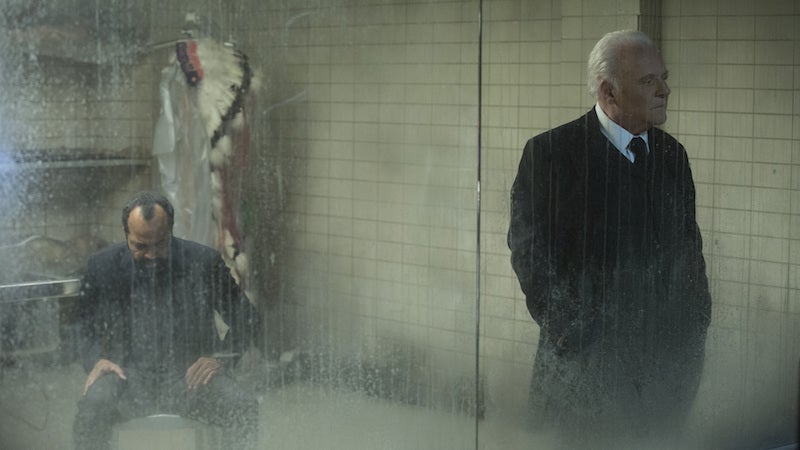 We're in for a fairly long wait between now and season two of Westworld, since it's been confirmed that we won't be returning to the park and its hosts until 2018. That means that viewers can spend more than a year trying to figure out what we'd like answers to, what we need to see and what problems from season one we're hoping to see worked out. Here's our list.

More development of the human characters

Westworld is all about the hosts and their evolution from slaves to their programming (and to the people who run the park) to beings aware of how they have been trapped for 35 years. It makes sense that the characters that were given the most development and the most pathos were hosts. Maeve, Bernard and Dolores are all hosts and they were also definitely the centre of the first season.

The only human characters to get significant arcs were Ford and Billy, but Ford's arc was more of a reveal of what he had been doing and thinking for a while than it was actual development. Plus, he was shot in the head at the end of the finale. I know people are already saying that he built another version of himself as a failsafe for this and Jonathan Nolan is not helping by saying things like, "We've well established we're playing in a more advanced ruleset in terms of death and resurrection than other [projects] I've worked on. So I would say: Assume nothing. But if Ford did come back at all, we'd still be down a human character." (For my part, I don't really want him to come back. Ford's story seemed ended. I'm kind of into exploring the child version of him still in the park, though.)

We actually have a fair spread of humans we can name across the park. There's story writer Lee Sizemore (whose one-dimensionality, I admit, was part of his charm) and Felix the tech running around park HQ. Charlotte Hale and Billy/the Man in Black are with the Delos board, surrounded by the army of the resurrected hosts from cold storage. Missing behaviour tech Elsie had a little bit more development but vanished without a trace episodes ago; security chief Stubbs served almost no purpose, to the point where investing any thought into that character was a running joke among friends of mine.

If season two is a war between the guests and the hosts, then the human side needs more development. It's no fun to watch Dolores and her army conquer a group we barely know, and it's only fun for a short time to watch Hector and Armistice plow through security in HQ. We need the humans to be developed so that the victory of the hosts feels earned. Or this show can focus on more innocent humans like Felix, so that we start questioning why we're rooting for the hosts — and how total we want the hosts' victory to be. Either way, we need the humans to be at least slightly more interesting. 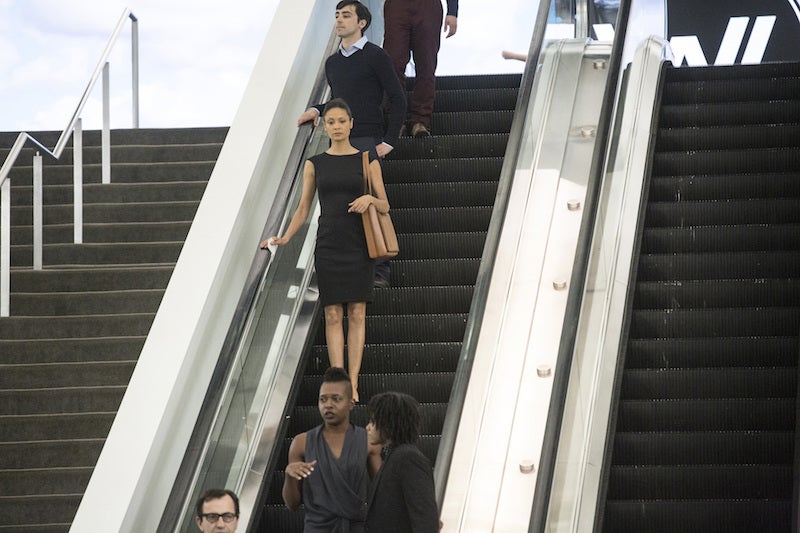 Expand the scope of the show without overextending things

Season one of Westworld had a very constricted world: The park itself and the park HQ. We only got the barest glimpses at everything else. We know that New York's around, thanks to the photo of Billy's fiancee that floated around.

With things going so monumentally wrong in the park, it seems likely that some outside forces would pop up. The problem is that then the show has to develop a vision of the future — what it looks like, what the governments are, things like that. If the date online is correct, then this show takes place in 2052. That's just far enough in the future that, hopefully, things on Earth wouldn't look too different, but it's also close enough that it would really date the show to make bad guesses about, say, fashion and major historical events. Remember when Star Trek set World War III in the '90s? That's a joke now, but it's a real problem for Westworld.

We also don't know where the park is located at all. Jonathan Nolan said he doesn't "think" the park is in the western US. Westworld alone is supposedly 805km in size, and we saw a sea in the finale. If there are other parks and they're nearby, then that means a huge swath of land is being taken up by Delos. There's a theory that the whole thing is on a separate planet, which thematically works with Dolores' constant assertions that "this world was not built for you". But it doesn't match up with her speech in the finale that the world used to be home to dinosaurs and that humans would, like them, eventually be swallowed up. Of course, we can easily chalk that up to Dolores' ignorance of where she is.

We need to know a lot more about the boundaries of the park so we can make guesses about the goals of the hosts here. 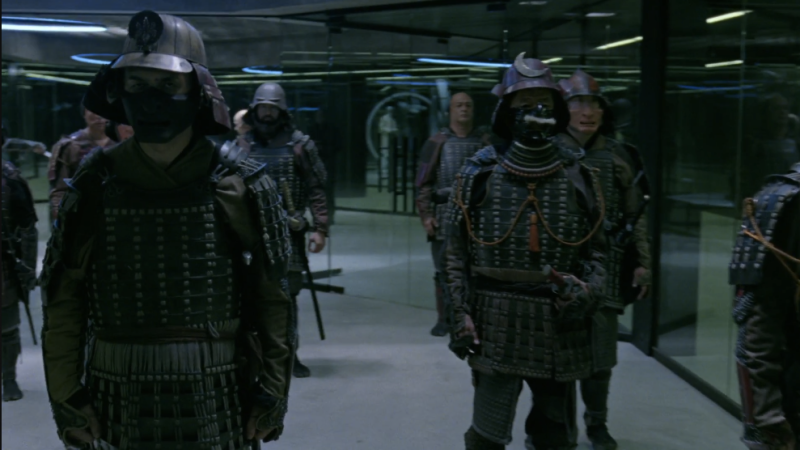 Show us the deal with the other parks

The finale seemed to confirm something we all knew: Westworld is just one of many parks. The location Maeve gets for her daughter says "Park 1", and we saw a bunch of samurai hosts during Maeve's escape. On the wall, we also saw a circular logo that had "SW" on it. It looked just enough like the Westworld logo we've seen all season to trigger something.

It's not hugely surprising that there are other parks — they were a vital part of the original movie, after all, as well as the basis for the sequel and attempted spinoff. In fact, Westworld was the last park to have things go wrong in that movie. In the TV series, it seems most likely that it's the first.

We need a lot of answers about those parks. Where are they? What are they? How close are they to Westworld, both in conceit and physically? What, if anything, is happening to their hosts? At least we can assume that since Delos was reliant on Ford for the hosts' programming, it seems likely that he was deeply involved there. Nolan's semi-confirmed this, saying, "We would imagine, yes, Ford has had a great deal of sway over everything we're seeing."

Westworld was the original park, and the hosts who are most likely to figure out what's going are the very first hosts. Dolores being the oldest host doesn't seem to be a coincidence. So are the hosts in the other parks more docile? And how will the Westworld hosts react to the other parks? We'd really like season two to explore all of this, please.

SW could mean Samurai World or Shogun World or something similar. On the one hand, it's an obvious park to build. Westworld isn't meant to be a recreation of the actual West, after all. It's an extension of the fictional Western genre, of playing cowboys and Indians.

Samurai films are tonally and thematically similar to Westerns, and it's easy to see why guests would want to play samurai. But this is also a genre where, traditionally, white people have loved to insert themselves as heroes even when that makes no actual historical sense. In season one, that kind of race commentary was lacking. It was hinted at, in the sense that the show addresses slavery and privilege writ large, but there was still the problem of the show never actually subverting any presentation of its Native Americans (they didn't even speak). It's disappointing, especially when addressing this particular problem would be a natural extension of the meta-commentary about storytelling that ran through most of season one.

The commentary just wasn't sharp enough in season one. We want better in season two, and we expect to see it, since Joy has said that part of the reason for creating this park was to allow them "a lot of access to Asian actors and the Asian community, which is very important to me as part Asian myself". 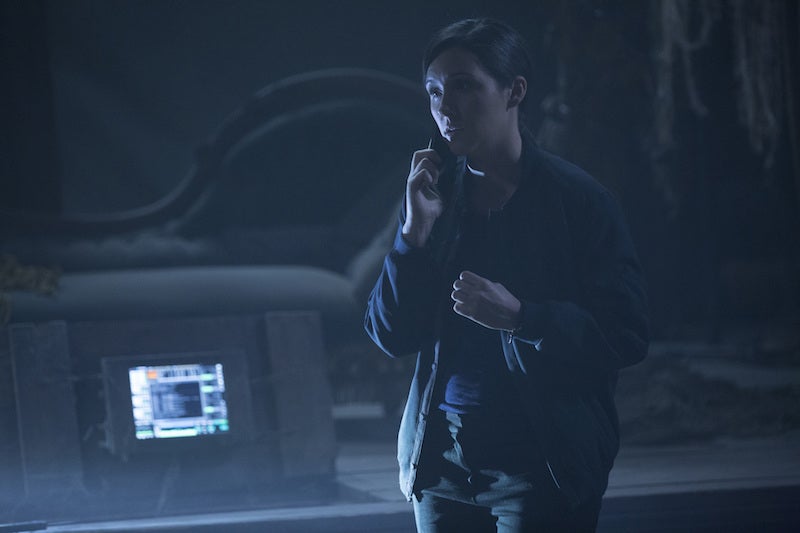 Tell us what the hell happened to Elsie and Stubbs

This was the most frustrating dropped plot in the last few Westworld episodes. Elsie went alone into to investigate a signal and disappeared, only for Bernard to have a flashback of grabbing her. We assumed Ford had sent him to kill her, but then her tablet went online and lured Stubbs into the park and he got grabbed by the hosts.

NOTHING came of any of that in the finale. We spent an hour of the finale being frustrated by Dolores taking forever to figure out things we all knew, but there wasn't a mention of Elsie and Stubbs, let alone their fates. It took a hidden code on a tie-in website for there to be any hint that Elsie was alive.

Joy and Nolan told EW that they were originally in the finale, with Nolan saying they "unspooled them in an uncertain future" and Joy clarifying, "we elucidated their fate more explicitly. But their fates — we know where they're going and we'll get there."

Get there early in the season. I'm kind of hoping that, like, Elsie's been in the hands of some hosts for so long she's basically the Westworld version of Patty Hearst. It would be a really interesting direction for her. Stubbs... well, again, he's barely a character. So I guess anything they do with him would be an improvement.

Oh, and speaking of loose plot threads, the show can also tell us what the hell happened to the host Charlotte and Lee filled with information to smuggle out of the park. She even asked Lee to make him enough of a character to be re-released into Westworld — that's a gun just waiting to go off. Additionally, we last saw Logan, Billy's brother-in-law, being sent off naked on a horse. That seems like something that needs resolving. Or has he just been riding around the park in the nude for the past 30 years? 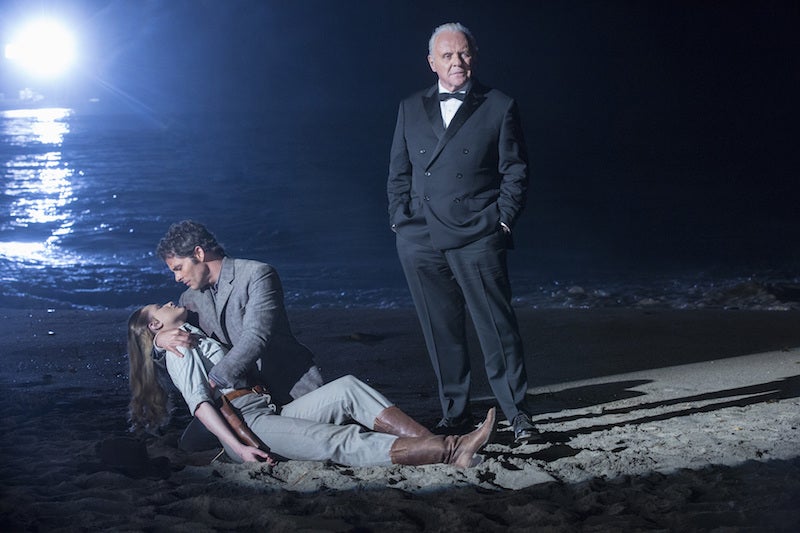 Clarify exactly where the various hosts are in their development

Nolan and Joy have made clear that while Ford may have guessed that awakening Dolores would lead to her killing him, it was still her choice to do it. Maeve, on the other hand, is convinced she is making choices while there is ample evidence that she's still being compelled to do certain things. Meanwhile, I have no idea where Bernard is on the scale of self-actualisation. Or how much of him is Arnold.

These questions are the ones that have always been central to Westworld, and the show needs to explore them more in season two. Especially since the finale heavily implied that a lot of Maeve's actions were programmed by Ford, and since Bernard has explained that most hosts who get as far as she has go mad — which leaves it up to the show to explore how mad Dolores has gone now that she's actually able to make her own decisions.