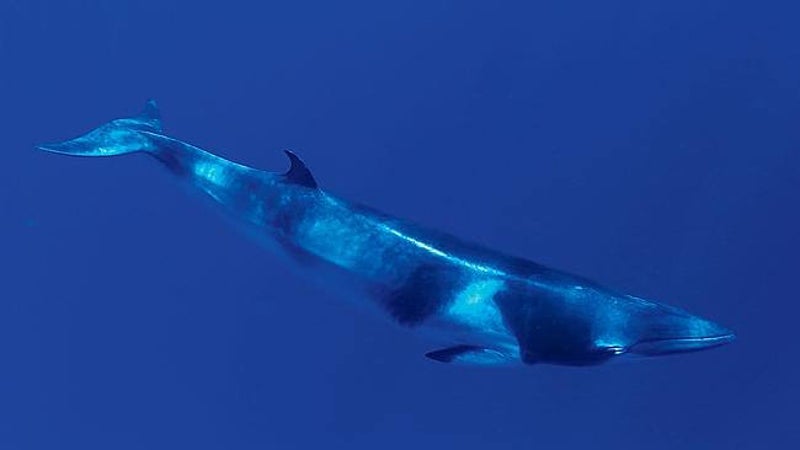 During exploratory missions to the Mariana Trench in 2014 and 2015, scientists recorded mysterious sounds they dubbed the "Western Pacific Biotwang". New research has exposed the cause of these eerie noises from the deep.

Dwarf minke whales have been identified as a possible source of the strange sounds. (Image: Oregon State University)

The recurring noises are a weird mixture of the biological and the mechanical, leading to confusion over the likely cause. The five-part sounds, which last no longer than 3.5 seconds, include deep moans at frequencies as low as 30 hertz and a strangely metallic finale that reaches frequencies as high as 8000 hertz.

New research published in the Journal of the Acoustical Society of America suggests these sounds are being produced by a species of baleen whale, likely dwarf minke whales — and it's a completely new whale call for them. "It's very distinct, with all these crazy parts," noted Sharon Nieukirk, an expert in marine bioacoustics at Oregon State University, in a statement. "The low-frequency moaning part is typical of baleen whales, and it's that kind of twangy sound that makes it really unique. We don't find many new baleen whale calls."

According to the new research, the Western Pacific Biotwang most closely resembles the so-called "Star Wars" sound produced by dwarf minke whales (a type of baleen whale) on the Great Barrier Reef off the northeast coast of Australia:

"If it's a mating call, why are we getting it year round? That's a mystery," said Nieukirk. "We need to determine how often the call occurs in summer versus winter, and how widely this call is really distributed." 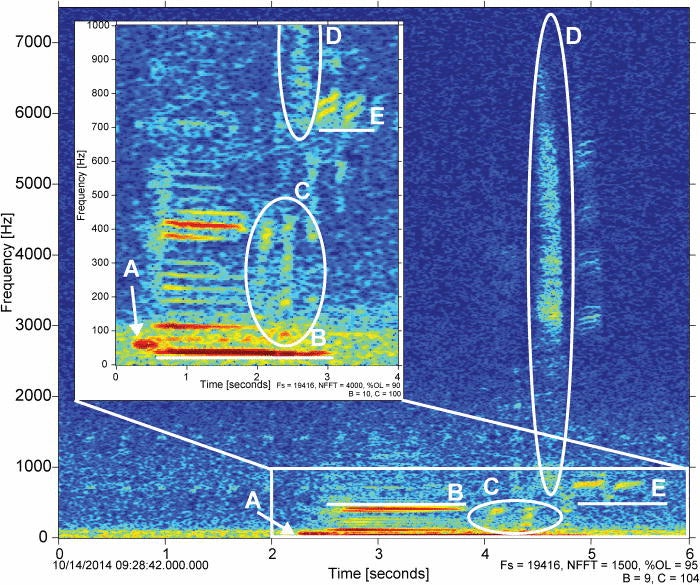 Not an easy task given the elusive nature of these deep sea whales. Minkes are the smallest of the baleen whales, and they don't spend much time at the surface. They have a very inconspicuous blow, and they often swim in areas where high seas make sightings difficult. And more data is needed to confirm that minkes are actually making these noises.

"Our hope is to mount an expedition to go out and do acoustic localisation, find the animals, get biopsy samples and find out exactly what's making the sound," said Nieukirk. "It really is an amazing, weird sound, and good science will explain it."

[The Journal of the Acoustical Society of America]