US Surgeon General Says Vaping Is 'Unsafe' For Youth 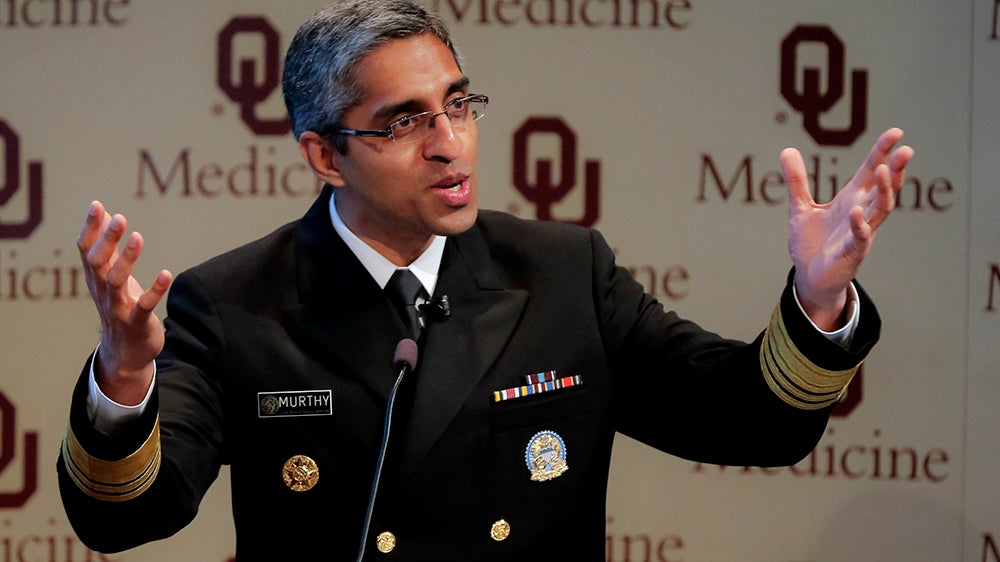 Today Vivek H. Murthy, 19th Surgeon General of the United States, delivered some sobering news to rebellious kids who think they look badarse while completely obscured by a cloud of flavoured water vapour: E-cigarette use by youth and young adults isn't safe.

That finding comes from a two-year study conducted by 150 experts, and marks the first "federally comprehensive" report on vape use by youth. According to Murthy, e-cigs are now the most common tobacco product used by kids in America, lapping the heavily-taxed and increasingly unavailable traditional cigarette.

Murthy's findings show that nicotine use of any kind is detrimental in developing brains, and can lead to mood disorders and learning and attention deficits. Nicotine use can also "prime the rewards center of the brain" to lead to other addictions. If that sounds like the familiar "gateway drug" argument, it is. Murthy admitted during a press conference this morning that e-cig smokers are more likely to use traditional tobacco products, but that more research was needed to find a causal relationship. He did not mention other potential addictions that members of the Vape Nation might slippery slope their way into.

Another function of the report was to highlight the considerable lack of regulation on how vape products are marketed. While traditional tobacco products have long been barred from appearing on TV or billboards, e-cigs in the US are free to advertise as they please. Nearly seven out of 10 primary and high schoolers reported seeing ads for vaping products, Murthy said, likely citing identical data from the CDC. Just like Joe Camel and the Marlboro Man of yellowy bygone days, these ads — which sometimes take the form of sports of music festival sponsorship — hint at sex appeal and rebellion. Murthy is of the opinion that this is bad. (In Australia, it is illegal to advertise e-cigarettes.)

Also remarked on during the press conference: The "widespread confusion" among teens who are totally unaware vape products contain nicotine. While decades of anti-smoking campaigns have certainly helped inform the public on the dangers of cigarettes, somehow a futuristic metal tube full of slime that tastes like fruit and sweets manages to seem harmless and appeal to kids. Part of Murthy's efforts to keep kids safe from vapes includes a purpose-built informative website (which appears to be down at the time of this writing).

You could be forgiven for not knowing whether the Surgeon General is full of crap or not. Studies over the years have drawn wildly different conclusions on the safety of e-cigarettes. Some show that nicotine vapour has similar effects to tobacco smoke on cells, may contain formaldehyde, is terrible for your heart and might cause the dreaded "popcorn lung". Other studies, like this one conducted by Public England Health last year, concluded that vaping was dramatically less harmful than cigarettes. In any case, most would parents would rather their kids not be inhaling addictive substances.

Earlier this year the US FDA finally cracked down on e-cigarette makers, barring them from selling their products to people under age 18 and requiring them to meet public health standards. Murthy's findings are likely to lead to further restrictions in the booming industry.

E-cigarettes are not prohibited in Australia, although they are not allowed to advertise or suggest any therapeutic benefit. It’s important to note that liquid nicotine, as used in e-cigarette atomisers, is classified as a Schedule 7 poison, like arsenic and chlorine. Want to quit smoking? Contact Quitline on 13 78 48 or visit their website for help.