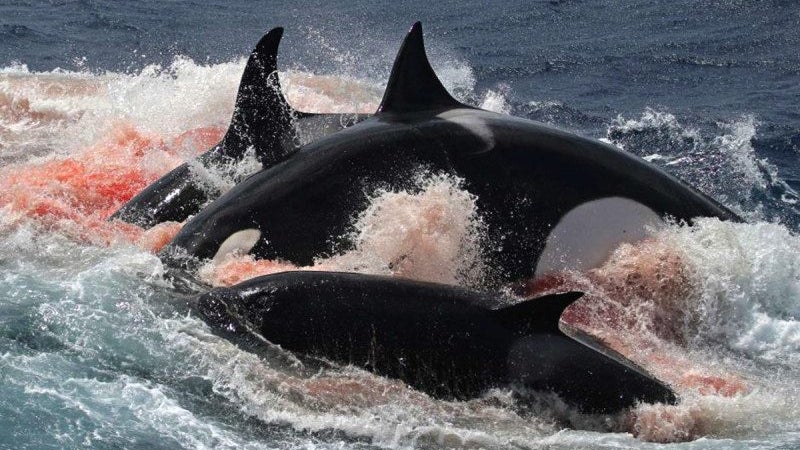 Marine biologists working off the coast of Australia have observed orca whales hunting and killing rare beaked whales — a behaviour never before seen in the predatory species.

Scientists have seen orcas hunt an assortment of prey, including fish, seals, dolphins and even the calves of large whales. But beaked whales? That's a completely new hunting behaviour, one that appears to be unique to orcas living near Bremer Bay in southwest Australia.

For the past two years, a research team led by Rebecca Wellard of Curtin University in Perth has accompanied commercial whale-watching boats to catch a glimpse of orca whales in action. On four of these outings, the researchers watched in horror and amazement as groups of up to 20 orca whales attacked and killed lone beaked whales. Their findings are now in the open access journal PLOS One.

As a warning, there are some disturbing images to follow.

During observations, this lone beaked whale was spotted near a group of orcas, and a chase ensued. (Image: Rebecca Wellard et al., 2016/PLOS One)

Orcas, of course, are also known as killer whales — and for good reason — though technically speaking they're actually dolphins. They're one of the world's most powerful apex predators, and they're found in most of the Earth's oceans. They can pretty much feast on whatever they want, even endangered species.

The beaked whale being flanked by killer whales closely on each side. (Image: Rebecca Wellard et al., 2016/PLOS One)

While making their observations near Bremer Bay, the researchers watched as the orcas stalked their prey for hours. As is typical of orcas, they chased their prey to exhaustion, eventually killing the beaked whales through successive bites and forcing them underwater to drown. On two of these occasions, the orcas were seen stripping the carcasses of skin, indicating they were hunting for a meal and not just doing it for sport. 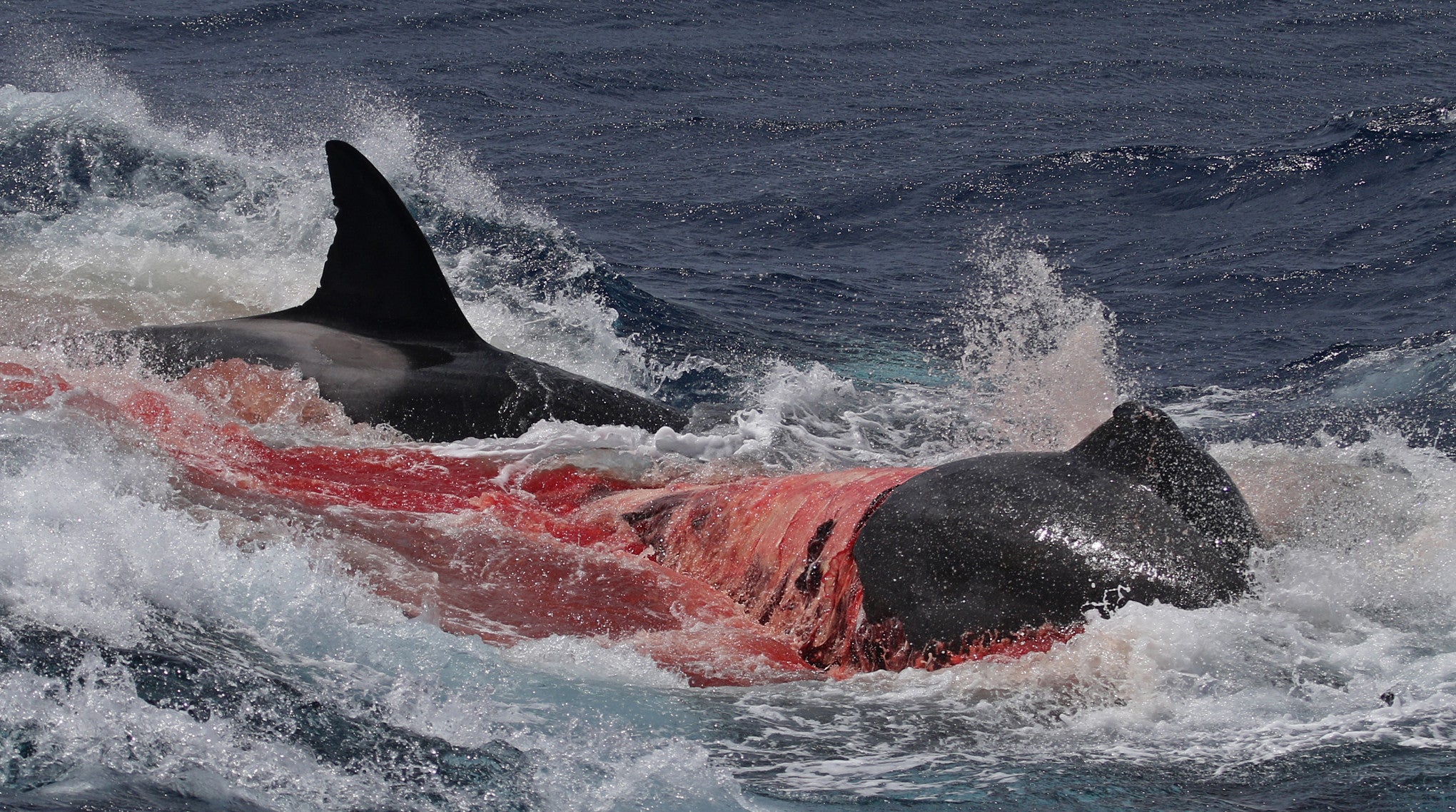 Beaked whales are toothless with elongated beaks, and they range in size from 4m to 13m in length. Not much is known about these whales owing to their deep-sea habitat, mysterious habits and low abundance. Of the 22 species known to scientists, only four have been reasonably studied. In the new study, the orcas appear to be feasting on young or female strap-tooth whales.

[PLOS One via New Scientist]