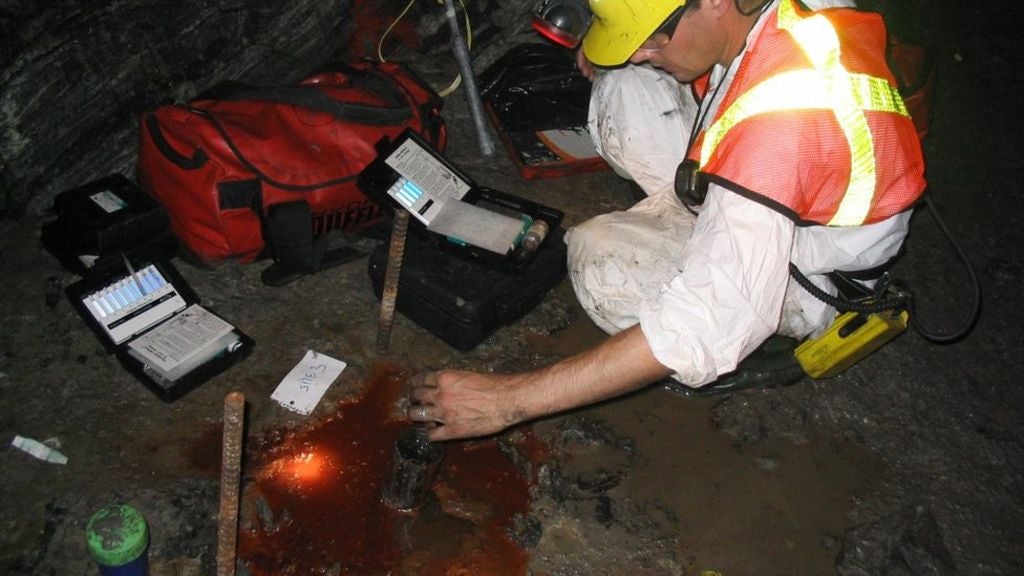 Canadian geoscientists have uncovered water that dates back a whopping two billion years. It's the oldest water ever discovered on Earth, and it could broaden our understanding of how life emerged on our planet — and possibly elsewhere.

Scientists have uncovered two billion-year-old water in an Ontario mine. (Image: University of Toronto)

The University of Toronto researchers found the primordial water at a depth of 2.4km in Kidd Creek Mine, which is located in Timmins, Ontario. The team, co-led by geoscientist Oliver Warr, explained their findings at an American Geophysical Union meeting held earlier this week in San Francisco. These findings are set to appear in a future edition of the journal Nature.

Three years ago, these same researchers discovered 1.5 billion-year-old water in the same active copper, zinc and silver mine, but at a shallower depth. They decided to look deeper, finding pools of water that date back to a time when the Earth was just 2.5 billion years old. Incredibly, this ancient water was freely flowing, and not embedded within rock formations as some geoscientists had assumed. 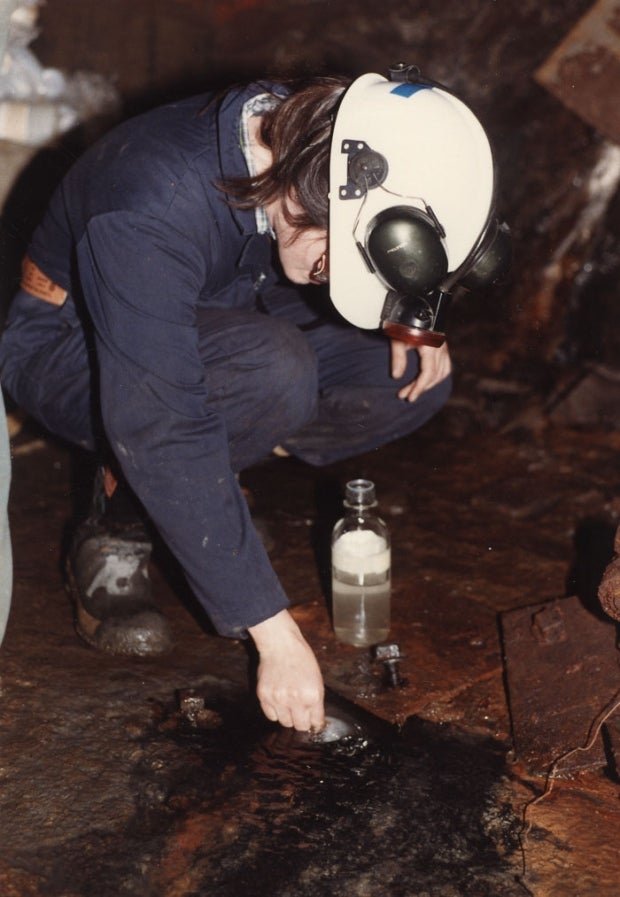 The ancient water was literally gushing out from the rocks. (Image: G. Wunsch/University of Toronto)

"When people think about this water they assume it must be some tiny amount of water trapped within the rock," said U of T geochemist Barbara Sherwood Lollar in a conversation with the BBC. "But in fact it's very much bubbling right up out at you. These things are flowing at rates of litres per minute — the volume of the water is much larger than anyone anticipated."

A chemical analysis of the water revealed traces of helium, argon, neon, krypton and xenon. These gases accumulate in the water over time, allowing the researchers to calculate its age. The water also contains trace metals and salt (about eight times the amount found in seawater). "It won't kill you if you drank it, but it would taste absolutely disgusting," noted Warr in a CBC article.

The researchers describe the water as an "interconnected fluid system" deep in the Canadian Shield that's billions of years old and capable of supporting life. "We are just slowly beginning to understand that in fact we are looking at a whole new hydrosphere on the planet," explained Lollar to the National Post. And indeed, several regions on Earth contain ancient isolated water in geological formations below the surface. 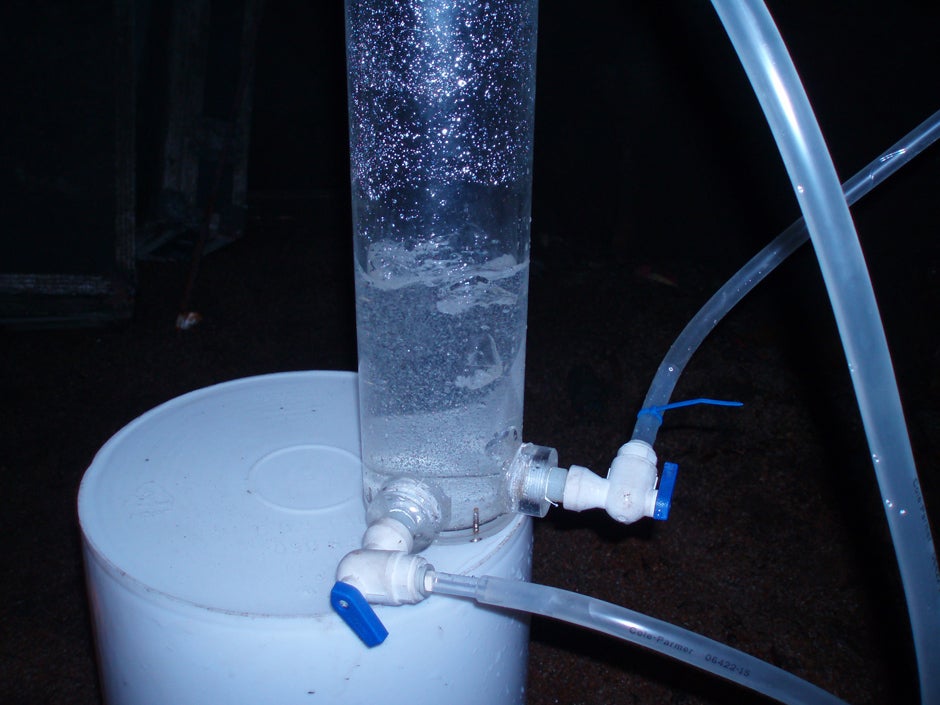 This is what two billion-year-old water looks like. (Image: J. Moran)

Further analysis of this old timey H2O could reveal new insights into the state of the Earth's atmosphere two billion years ago. Importantly, this water could also tell us something about how life might have once existed at these extreme depths, and the kind of life we might expect to find on alien planets.