Turns Out I Needed The Last Guardian Very Much 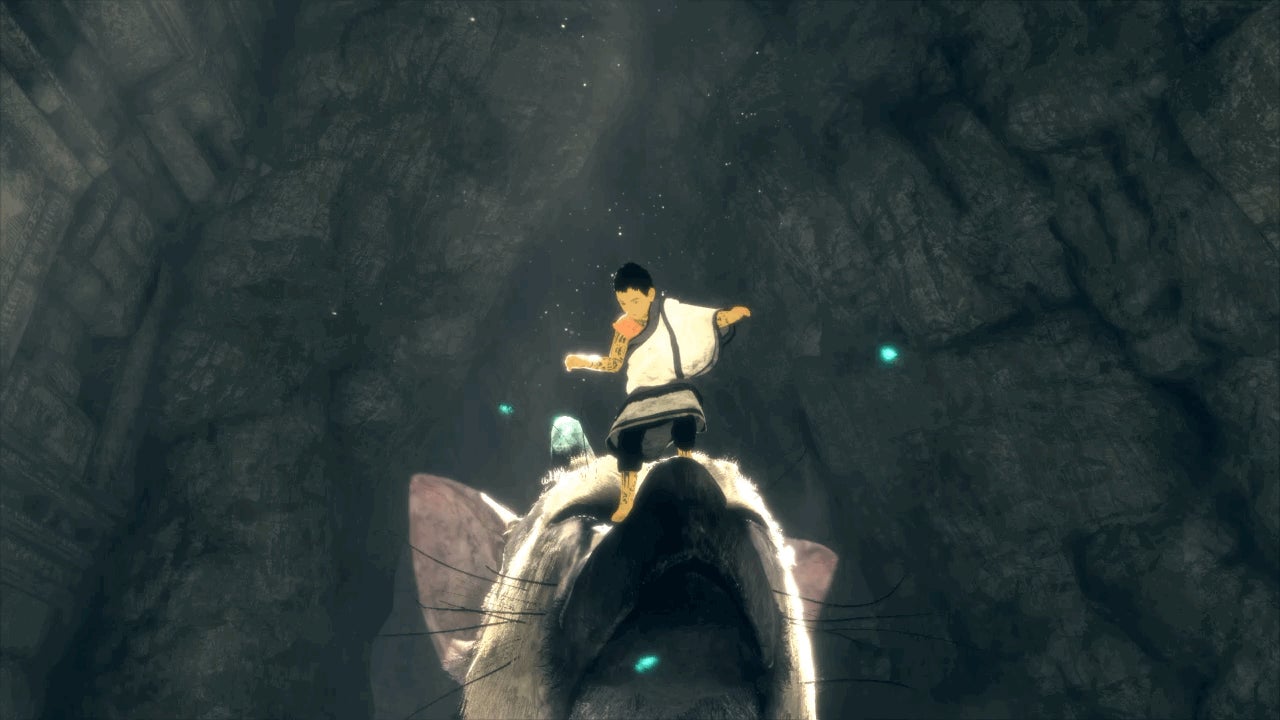 Two-and-a-half years ago, after years of frustrating silence about development, I wondered if I still needed The Last Guardian in my life. Now that I've finished the long-awaited PlayStation game, I have the answer: It was worth the wait.

Released last week, The Last Guardian puts players in charge of a young boy who slowly befriends a magical hybrid creature named Trico after they wake up in captivity together. The loading montage of woodcut drawings of real and fantastical beasts signals that The Last Guardian wants to be a digital fable, like the other games created by designer Fumito Ueda, whose previous titles — Ico and Shadow of the Colossus — focused on relationships, interactively simulating what it's like to depend on another being throughout life's journeys.

The trappings go a long way to making the game feel fantastical. The boy and Trico gambol and panic through a sprawling, crumbling fortress compound embedded in a beautifully lit pastoral worldscape. Trico's feathers look both avian and furry and he seems like a mash-up of goat, cat, dog, moose, bird, platypus and dragon. His whimpers and coos never failed to elicit pangs of emotion from me. I kept saying, "Who's my good Big Little Boy?" to him as I played through the game. 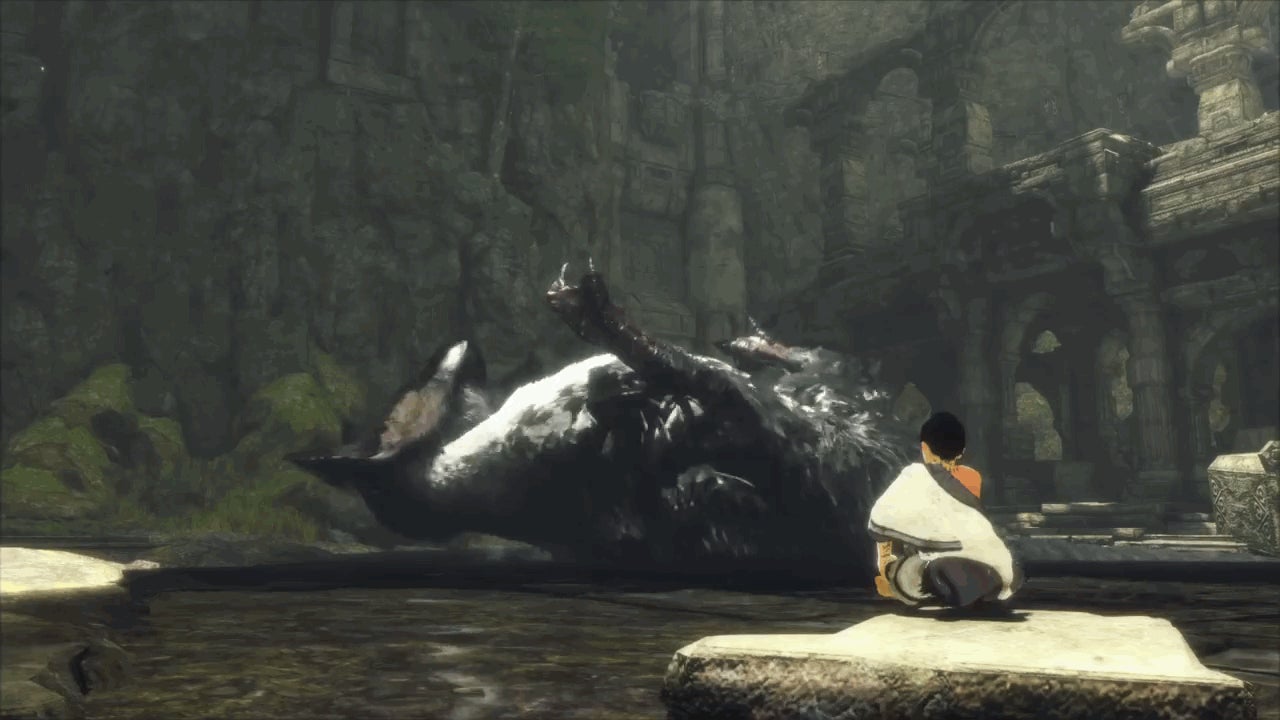 At first, The Last Guardian feels like the stuff fairy tales are made of — a boy lost in a strange land, far away from home, who bonds with a wondrous animal — but it feels more like a myth to me than a fable. Ancient myths were stories that people used to explain things they didn't have the means to understand. Lightning became spears thrown from mountaintops. The beauty of Spiderwebs was the work of a cursed weaver. Most of the playtime in The Last Guardian has you spending time with and contemplating a thing you can't understand but must rely on to survive.

It's one thing to know that Trico is an assemblage of artificial intelligence code, visual art and sound design. It's entirely another thing to ponder how all those disciplines come together to make the griffin feel like a gigantic pet. Trico genuinely seems like an actual animal, in that it seems to operate on its own hierarchy of needs and wants. Insights into how Trico might feel only get but so far: It doesn't move when it needs food and won't go too close to objects that scare it. The game asks players to direct Trico along the environment of the lost valley they're trying to escape, with commands for it to run, jump and squeeze himself onto ledges, precipices and tight niches. The commands are indistinct and Trico doesn't always listen. It can seem distracted.

Mechanically speaking, The Last Guardian can feel clunky. The framerate stutters and some of the collision detection is occasionally incapable of keeping weird glitches at bay. Those flaws create a sense of murkiness as to whether Trico's occasional dunderheadedness is a goal of the game's design.

The environmental puzzle design can feel repetitive, too, but I'm choosing to interpret that and some other frustration-centric aspects of the game as intentional, because Ueda seems to want players to journey into the fantastic so that they can learn to make sense of a thing that defies belief. Other parts of the game's narrative bring up the question of nature vs nurture and how the behaviours trained into a living thing differ from those that arise from following more primal needs of survival. Overall, the main challenge in The Last Guardian is learning to read the wordless language of cues and behaviour tics. Trico is unfocused and seemingly petulant at times, but it will subtly position itself in a way that hints at where to go next.

Sometimes I'd only figure out where to go next by looking at an area that held Trico's attention, thinking, "Is that why he was bellowing?" The PS4 release comes across as a game about decoding how the symbols of an opaque phenomenon interoperate. I had to figure out when Trico wants to be fed, coaxed or petted. When Trico listened and went where I wanted, I felt triumphant. When it smashed the stone soldiers trying to abduct the boy, I felt relieved and protected.

Video games that orbit around fantasy concepts are a dime a dozen but so many of those games rarely feel fantastical. The enchanted armour, eldritch swords and spell-casting characters so common to D&D/Tolkien-descended video games feel rote. They're just things to get, upgrade or conquer. The near-ubiquity leaves an entire genre practically bereft of the wonder that fantasy genre work is supposed to incite. The Last Guardian goes a long way to capturing that feeling by stripping things bare. It's a game about listening, communicating and observing.

The problem The Last Guardian faces is one of timeliness and timelessness. Can a game that's been in development for so long manage to feel of the moment? Can it simultaneously feel untethered to any particular era or technological considerations, a creation with a universal message that can get passed down to future generations? I think The Last Guardian answers both of those questions affirmatively. It comes out in a world that feels increasingly divided in many ways and reminds the player of the simple joy of making a new friend.