This Was The Futuristic Police Line-Up Of 1931 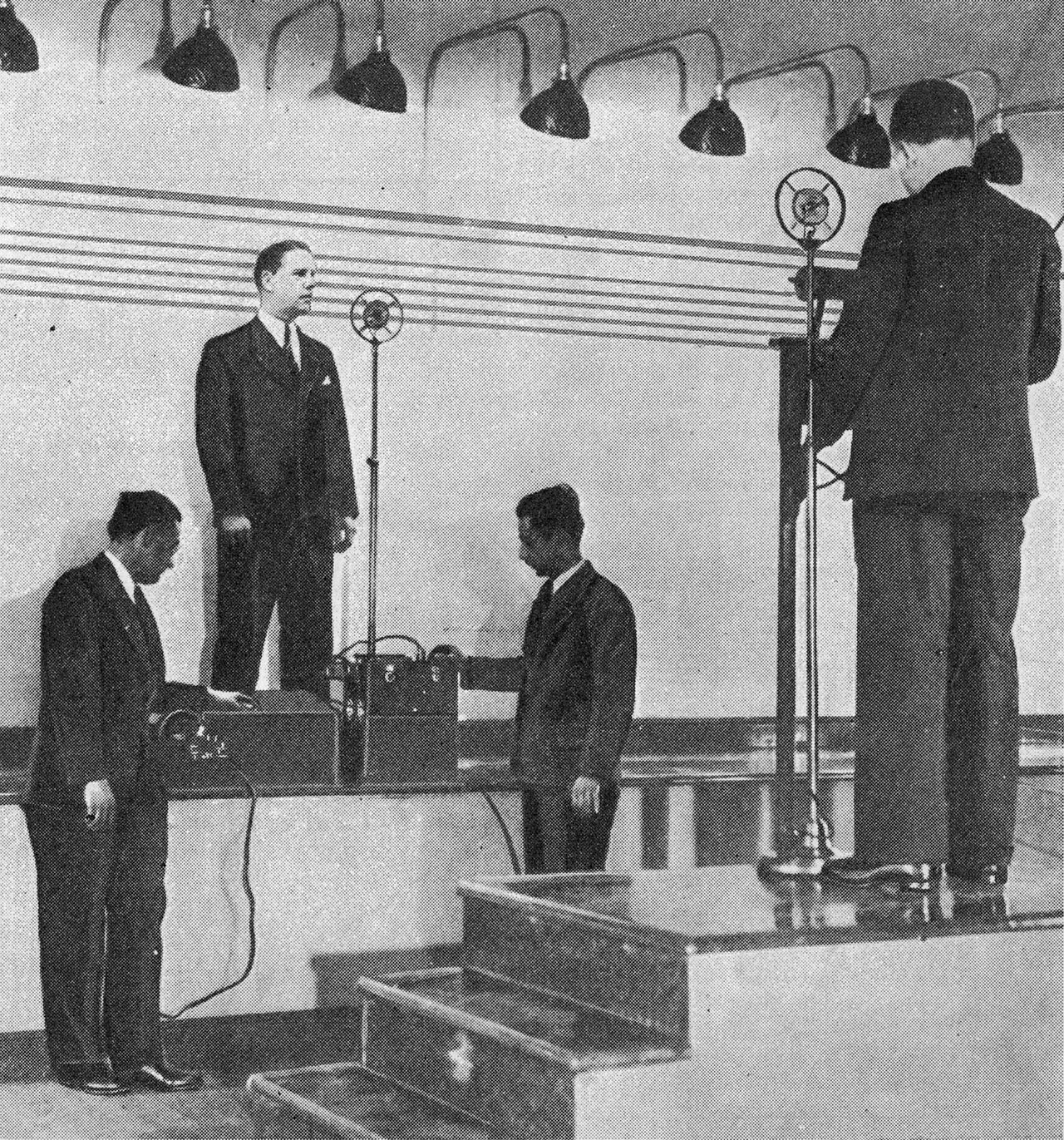 In the 1930s, audio tech nerds were tinkering with everything. The most futuristic model homes of the day were wired for sound in every room, home audio recording was being introduced and the LP was invented to use as audiobooks for the blind. Even things we'd consider mundane today got the radio treatment in order to make them high-tech. One of those things was the police line-up, seen above wired for sound in 1931.

From the July 1931 issue of Radio-Craft magazine:

A sound installation demonstrated at police headquarters, New York City, for the famous "line-up." Conversations between the inspector (right) and the "suspect" posed before the lights, would be recorded. Mr. Saliba (left) and E. M. Shiepe (center) are operating a portable recording apparatus.

Police lineups are notoriously inaccurate for finding perpetrators, largely because eyewitness testimony itself is so unreliable. But the police lineup is wedged deep into the Western psyche as a crimefighting tool, thanks largely to their use as a cinematic device. It doesn't get much more iconic than a bunch of baddies lined up against a wall. And the ability of police departments to wire those rooms for sound — whether it was to protect the identity of a witness, or to simply record an encounter — made them high-tech in 1931.

If you flip through enough radio magazines in the 1930s, there wasn't a single thing that radio nerds didn't want to wire for sound. But some became bigger hits than others. Experiments like this radio-refrigerator combo from 1937 never really took off.