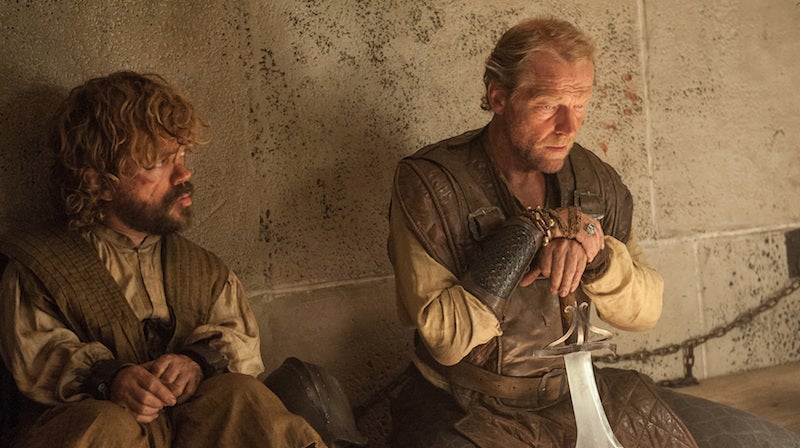 Shortening the final two seasons of Game of Thrones seems, on its face, to be a bad thing. All previous seasons included 10 episodes, but the next two will only have seven or eight each. Overall, we're getting less Game of Thrones than usual! But one of the show's stars has a very good explanation as to why having shorter seasons is actually a good thing.

Iain Glen, who plays Ser Jorah Mormont, explained although the seasons are making less episodes, the overall budgets of the seasons haven't been decreased. Speaking with Radio Times, Glen said:

They are taking the length of time it takes to shoot ten episodes to shoot just seven this year and six next year. There are fifteen more hours left in Thrones as we understand it, but that may change, but that's as far as we know.

I think the scale and size of the set pieces, the world that is being created it's just getting more and more extraordinary and they feel they need that time to shoot seven hours as opposed to ten.

Basically, the amount of time and money allocated to the show isn't per episode but per season. Less episodes to make means the remaining episodes are each getting a significant budget bump — which is exactly what the final seasons of Game of Thrones need. After all, the show has usually rationed out its big set pieces to one per season; now Game of Thrones will have more time and more money to make sure the show ends as epically and impressively as possible.

Besides, there are a couple of other reasons we're getting fewer and later episodes of Game of Thrones. One from the showrunners is that they need actual winter weather to film in as winter in the show is no longer "coming" as much as "here". Another reason is that we're definitely heading to the end of the story now, and there's only so much of it left to tell. More episodes could have meant unnecessarily padding the story out, and lord knows GoT has already done enough of that.

So be glad the next two seasons of Game of Thrones are going to be shorter than usual. Or be at least a little less disappointed.