The Biggest Scientific Discoveries Of 2016 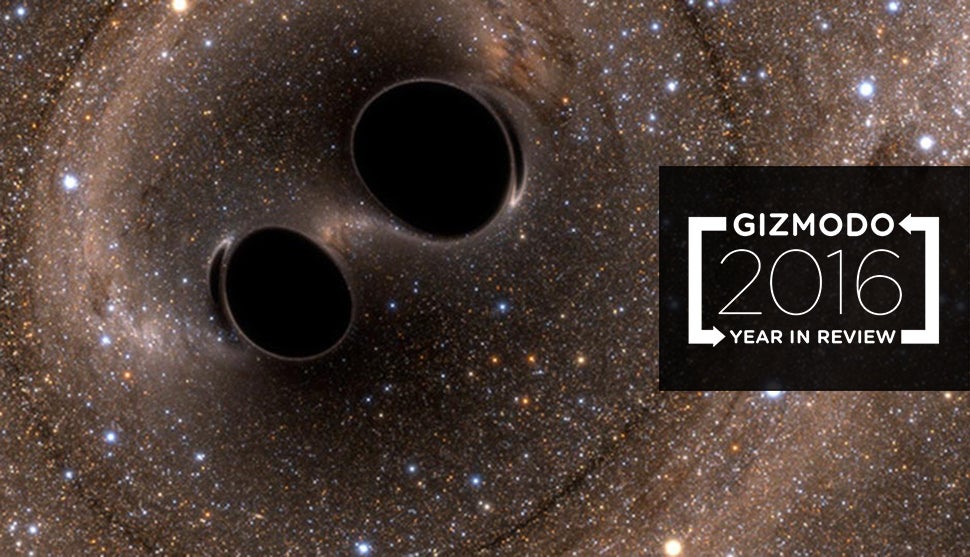 Image: The SXS (Simulating eXtreme Spacetimes) Project 2016 was an insane year across the board, and the world of scientific discovery is no exception. Science saw some serious setbacks this year, but also some major breakthroughs, from the groundbreaking detection of gravitational waves to the discovery of an Earth-sized exoplanet less than five light years away. These, dear readers, are the science stories everybody was talking about in 2016.

It doesn't get much bigger than a fundamental discovery about the nature of reality, and that's exactly what physicists at the Laser Interferometer Gravitational Wave Observatory (LIGO) served up this year, when they confirmed the existence of gravitational waves, not once, but twice. 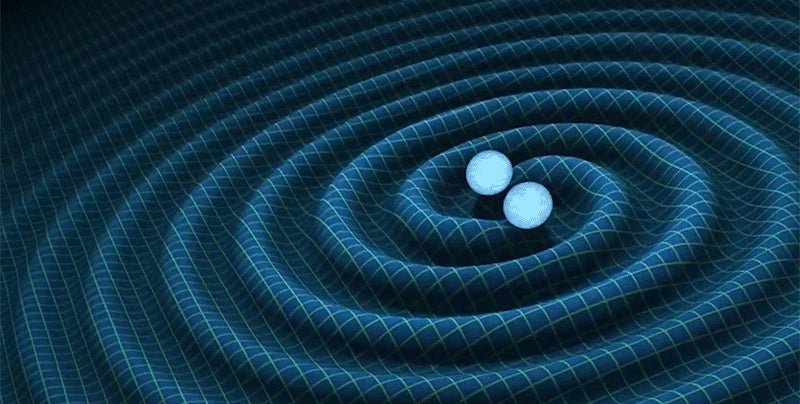 Image: R. Hurt, Caltech / JPL We're all intuitively familiar with the concept of spacetime, you know, that four-dimensional container you eat, breath, shit, and grow old in. But as it turns out, spacetime is not a rigid box. Rather, it's a rippling ocean, alive with subatomic waves generated when black holes, neutron stars, and other incredibly massive objects collide. Called gravitational waves, these spacetime ripples were first 'heard' by LIGO's detectors last September, although the discovery was not announced until February. Then in June, LIGO physicists detected gravitational waves again, and now, they're on the hunt for even more. A new window into the darkest corners of the universe has officially opened.

Of course, we have to give Albert Einstein a lot of credit here — after all, he's the one who dreamt up gravitational waves, when he penned his theory of general relativity in 1916. I'm not sure what's more incredible: that every single piece of Einstein's theory has since been proven right, or that it took scores of physicists a century to verify what a 20-something-year-old could see in his mind's eye.

Proxima B: One Exoplanet to Rule Them All

Over the past few years, astronomers have spotted thousands of exoplanets, including a handful of rocky, Earth-sized worlds. But all of the potentially-habitable real estate on the interstellar market became way less interesting this year with the discovery of Proxima b — an Earth-sized world orbiting our nearest neighbouring star, just 4.3 light years away. 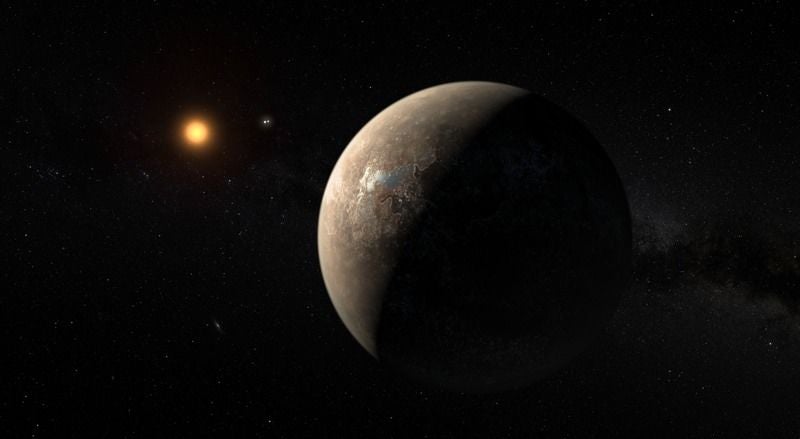 Artist's rendering of the planet Proxima orbiting the red dwarf star Proxima Centauri. Image: ESO/M. Kornmesser Proxima b, which was detected indirectly via the radial velocity method, is a rocky world orbiting Proxima Centauri at a distance of just 4.7 million miles (7.5 million kilometers), which is ten times closer than Mercury orbits the Sun. Because Proxima Centauri is a cool red dwarf star, this turns out to be the sweet spot where liquid water oceans can form. Proxima b might just be habitable.

Alternately, Proxima b could also be an airless hell-scape, which would admittedly be less exciting. But we may not have to wait long to find out: when the James Webb Space telescope launches in 2018, we're expecting to get our first glimpse of Proxima b's atmosphere (if there is one). If that doesn't settle the matter, well, maybe we'll just have to send off a fleet of interstellar nano-probes to check Proxima b out.

A little-known virus first identified in Uganda in 1947 — Zika — exploded onto the international stage late last year, when the mosquito-borne illness began spreading rapidly throughout Latin America. While most adults who contract Zika experience few or no symptoms, the virus' spread was accompanied by an unsettling uptick in microcephaly, a rare condition in which babies are born with abnormally small heads. This discovery prompted a flurry of research into possible connections between Zika and developmental defects. And the evidence for a link mounted quickly. 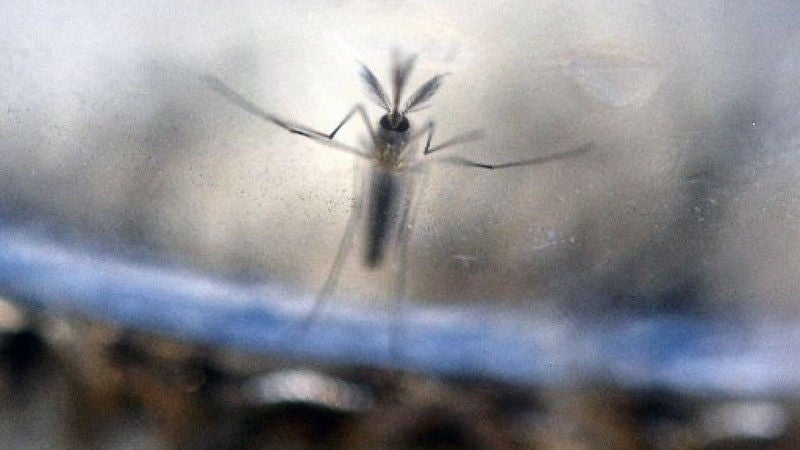 Aedes Aegypti mosquito larvae. Image: Getty In January, Zika was reported to be found in the placentas of two pregnant women whose babies were born with microcephaly. That same month, Zika was found in the brains of newborns who died shortly after birth. In petri dish experiments published in early March, scientists showed how Zika virus directly targets the cells required for brain development, stunting their growth. Finally, in April, the CDC confirmed what many researchers already strongly suspected: Zika does indeed cause microcephaly, as well as a variety of other severe fetal brain defects.

There's nothing like a terrifying epidemic to accelerate the pace of scientific research. Let's just hope the momentum to understand Zika virus doesn't wane now that its status as an international threat has been lifted.

Humans Are Now Getting CRISPR'd

CRISPR, the revolutionary gene-editing tool that promises to cure illnesses and solve environmental calamities, took a major step forward this year when a team of Chinese scientists used it to treat a human patient for the very first time. 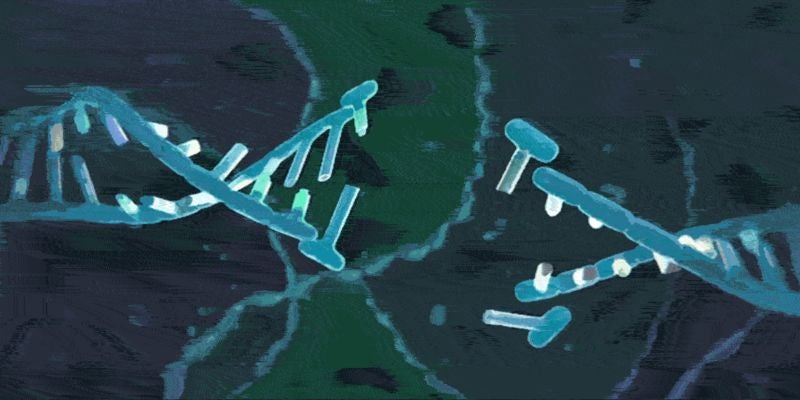 Image: Omar Bustamante//FUSION The patient was suffering from an aggressive form of lung cancer. To treat him, scientists removed immune cells from his blood, used CRISPR to "knock out" a gene that cancer can exploit to spread even faster, and reintroduced the modified cells back into the patient. It's hoped that the edited cells will help the patient defeat cancer, although the results of the trial have not been fully disclosed.

Regardless of the outcome in this specific case, the use of CRISPR to target disease in individuals humans heralds a new chapter in personalised medicine, and it could spark a race to get gene-edited cells into clinics for all sorts of applications. There's still a lot of uncertainty surrounding all of this — after all, CRISPR is a new technology, and it's currently in the midst of a fierce patent battle. But if one thing's clear, it's that using technology to alter one's own genetic code is not going to be science fiction for much longer.

For more than a decade, astronomers have wondered whether there's a hidden ninth planet lurking in the icy outer reaches of our solar system. This year, Caltech astronomers Konstantin Batygin and Mike Brown presented compelling evidence that so-called Planet 9 is the real deal. Larger than Neptune and colder than hell frozen over, Planet 9 appears to be orbiting the Sun on a highly elliptical path, at a distance of 100 to more than 1,000 astronomical units.

At least, that's our best guess based on the orbits of a handful of off-kilter Kuiper Belt Objects (KBOs), which are apparently being influenced by this mysterious planet's gravity. 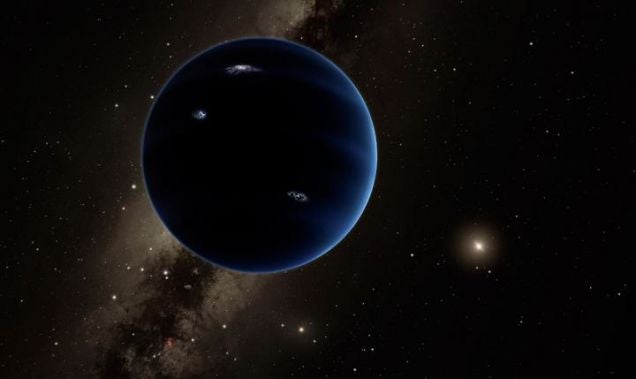 Artist's rendering of Planet 9. Image: Caltech/R. Hurt (IPAC) Of course, the real way to confirm a camera-shy planet's existence is not with funky KBOs, but with photographic evidence. We need to spot Planet 9 in the sky; no easy feat seeing as cold and faraway objects emit very little light or heat. Undeterred, several astronomers, including Brown, are now making a concerted effort to find Planet 9, and they seem optimistic that it can be done within a few years. Oh, and don't worry, scientists assure us that if Planet 9 does exist, it doesn't have secret plans to destroy the Earth.

With carbon emissions soaring and the specter of catastrophic climate change looming, scientists are starting to think seriously about how we can pull carbon out of the air. This concept, known as "carbon capture and storage" (CCS) has been around for years, but 2016 saw an exciting new development, when researchers at the University of Southhampton dissolved atmospheric carbon in water and sealed it in an underground well in Iceland. Over the course of two years, the carbon reacted with basaltic minerals, eventually crystallizing into a solid form, which will remain sequestered for centuries to millennia. 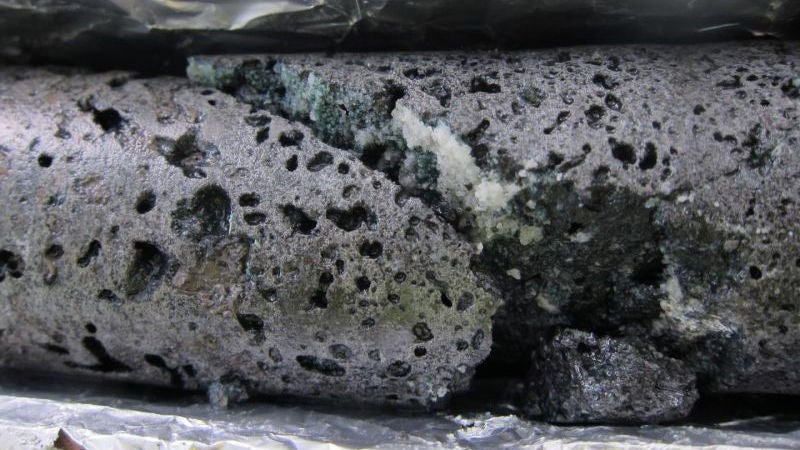 Carbon capture rock Image: Annette K. Mortensen / University of Southampton While exciting and headline-grabby, the news that scientists had "turned CO2 into stone" comes with some important caveats. The method is site specific, meaning it will likely only work in regions with similar geology and geochemistry to the Icelandic underground storage well. What's more, scaling up from a laboratory experiments to a method that can make a dent in the billions of tons of carbon we emit every year, is going to be an enormous challenge. It'd be wiser to try and keep some of that carbon in the ground in the first place.

The Oldest Vertebrate On Earth

The secret to radical life extension may not come from a lab in Silicon Valley, but from the Greenland shark, a deep-sea swimmer that can live up to 400 years, according to an astonishing new study published this year in Science. As a radiocarbon dating analysis of 28 female Greenland sharks showed, these elusive animals are by far the longest-lived vertebrates on the planet, with the oldest individual falling somewhere between 272 and 512 years of age. 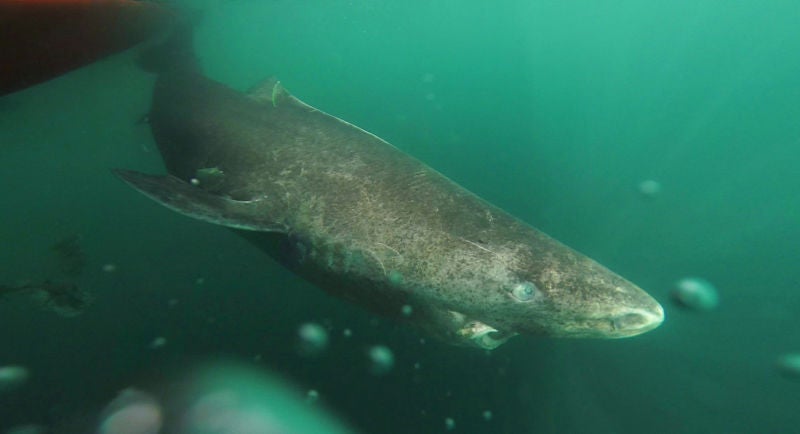 The Greenland shark has just been named the longest-lived vertebrate, with a lifespan of up to 400 years. Image: Julius Nielsen So, what's the Greenland shark's secret to extremely protracted youth? In all likelihood, the animal's got an extremely low-key metabolism, resulting in slow growth and reproductive maturation. Unfortunately, being chilled to a virtually cryogenic state is probably a key component of this animal's life strategy. Anybody want to spend a few years at the bottom of the Arctic ocean and report back?