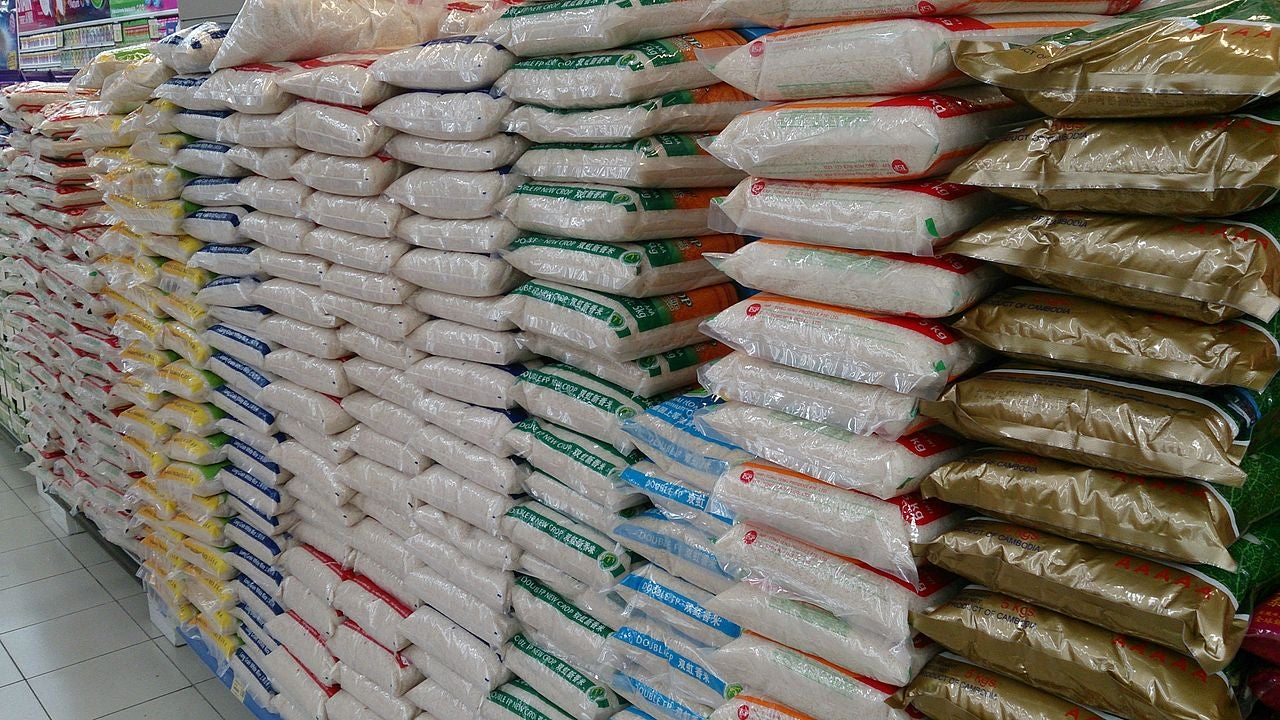 Last week, Nigerian officials seized over 100 bags of what was claimed to be plastic rice. Lab tests have since shown the product isn't fake, as Gizmodo and other outlets reported. But it is badly contaminated rice that's unsafe for human consumption. The incident is casting light on the sorry state of the economy and food production in Nigeria — along with a government that's anxious to deflect the blame elsewhere.

To recap, Nigerian customs officials recently seized over 100 bags of rice in the Ikeja district of Lagos, each weighing about 25kg. A preliminary analysis suggested the rice was made from plastic, and a suspect was arrested in connection with the apparent scheme.

Following more thorough lab tests, Nigeria's National Agency for Food and Drug Administration and Control (NAFDAC) says the suspected fake rice is not plastic, but rice contaminated with microorganisms. Speaking at a press conference yesterday, a senior official with the NAFDAC said levels of bacteria, including Coliform, found within the rice were "above permissible limits", and that the product was unsuitable for human consumption. On its own, this bacteria isn't usually harmful, but its presence is an indicator of other contaminants, such as microorganisms that dwell in faecal matter, disease-causing bacteria, viruses and parasites.

Speaking at the same press conference, a Nigerian Customs Service (NCS) official said he had acted on "credible intelligence" that "large consignments of plasticised rice were... to be shipped from the Far East to Africa". He added that the NCS would intensify patrols to prevent further batches of tainted rice from entering the country's borders.

Troublingly, intelligence reports suggest that several tonnes of this dangerous rice are still lying in wait in warehouses in neighbouring countries. Nigeria recently banned rice importation in an effort to promote local production, and is now dealing with shortages and skyrocketing inflation. The most populous country in Africa has subsequently become a target for unscrupulous rice traffickers.

This news is bound to create serious upset in Nigeria, where a bag of rice now costs the equivalent of $87 — double of what it was a year ago. Nigeria wants to be more self-sufficient when it comes to rice production, but the government is either unwilling or unable to provide farmers with the resources required to make it happen. Until something is done to remedy the situation, traffickers will do their best to bring rice of questionable quality to Nigerian markets.

"The farmers have not been getting farm inputs as before and I want to tell you that [fertiliser] supply is almost non-existent," said economist Aminu Usman in an interview with the News Agency of Nigeria. "So, it is likely that we might experience food shortage in 2017 if the trend continues."

With skyrocketing inflation, Usman says it's time to reopen the borders to allow for the importing of rice and other food items. At the same time, the government needs to crack down on the illegal smuggling of food out of Nigeria through neighbouring countries. Measures should also be taken to help local farmers, and to combat destructive pests like locusts and quelea birds.

In the meantime, Nigerian government agencies (we're looking at you NCS) should avoid the inclination to cast the blame where it doesn't belong. Bogus claims of fake plastic rice, which in other cases haven proven to be almost always false, makes it look like the government is unwilling to deal with the situation.