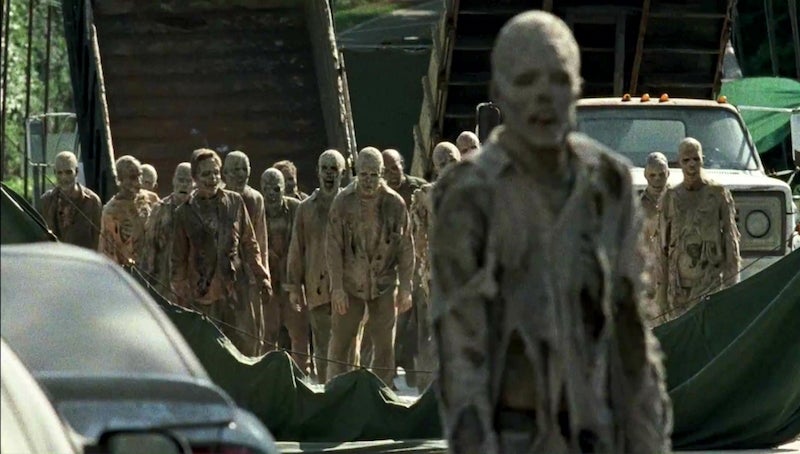 In the most recent issue of the comic, Kirkman explained (via ComicBook.com), "It took us six seasons to get to 100. It won't take us six years to get to 200 and that will take us to season… TWELVE. And we'll still be ahead of the show at that point."

Yes, if the show continues on its current adaptation pace (and the comic doesn't end) there's still years and years of story left for The Walking Dead. AMC isn't going to keep the show around indefinitely. What's more likely to happen is that the show will a) condense things from the comics and get through more b) just go off on its own direction completely or c) get cancelled with no solid ending.

I'm hoping for something between the first two, since the show's highs and lows have been very distinct. It would be better for everyone if they mapped out a plan, stuck to it and worked toward a satisfactory ending for everyone.