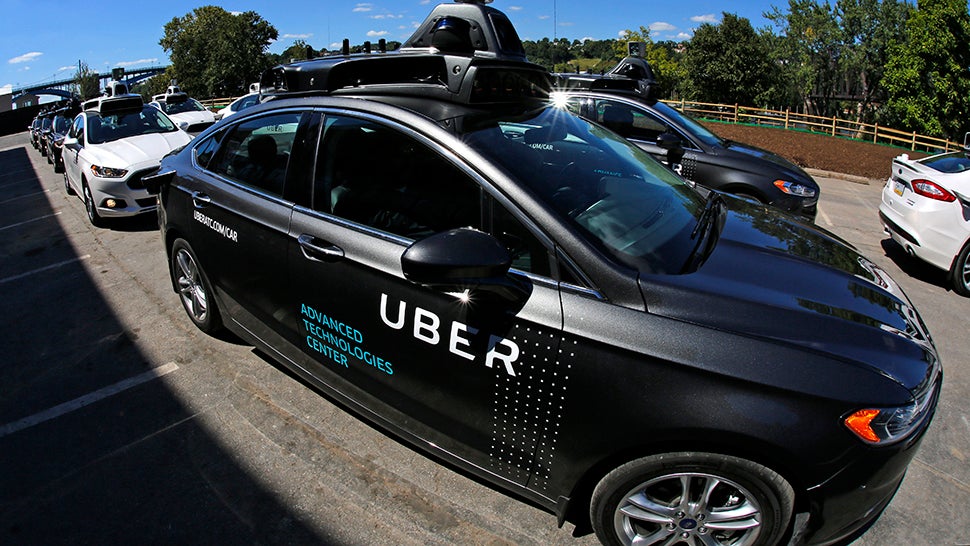 The day after the California DMV revoked Uber's registration for its 16-car self-driving pilot program, the ride-hailing giant announced it's packing up and moving to Arizona to start-up a near-identical program. In a statement to Venturebeat, a spokesperson said:

Our cars departed for Arizona this morning by truck. We'll be expanding our self-driving pilot there in the next few weeks, and we're excited to have the support of Governor Ducey.

Governor Ducey, pictured below when he announced Arizona's Self-Driving Oversight Committee, has been a huge supporter of both Uber and Lyft, pushing for greater collaboration, saying in his January State of the Union Address that he thinks "Arizona should be to the sharing economy, what Texas is to oil and what Silicon Valley used to be to the tech industry."

Image Credit: Office of the Governor Doug Ducey In a oddly prophetic moment during his address, Ducey also said "I want startups in the Sharing Economy to know: California may not want you, but Arizona does." You've come to the right place, Uber!

The rub with California's DMV began when Uber refused to apply for an autonomous driving permit for its pilot fleet because the company felt that its new line of cars didn't fit the state's official definition of a fully autonomous car. (All of Uber's cars had humans present and ready to take over at all times.) The Verge implied the company's resistance may have been because permit-holders must publicly disclose all traffic accidents, though Uber's representatives have assured the press that this wasn't the case.

The official guidelines for autonomous cars as issued by Governor Ducey's Executive Order and the Self-Driving Oversight Committee in 2015 require that human operator be able to take control of all autonomous vehicles at any point, but interestingly do not require a person being physically present. A remote operator fulfils this requirement. With the enthusiastic support of its governor, Uber's self-driving dreams may have found their perfect testing ground.

We reached out to Uber to learn more details about its Arizona adventure and will update this post when we hear back.