Just In Case You Missed Them, You Can Now See All The Star Wars: Rebels Easter Eggs In Rogue One 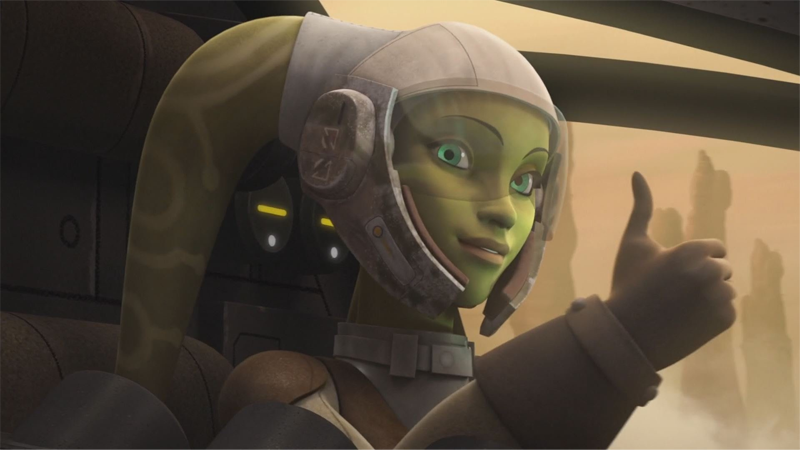 Rogue One is jam packed with connections big and small to the wider Star Wars universe, but some of the most delightful ones — and some of the hardest to spot — are the ones that tie the movie into Star Wars: Rebels. In case you missed them in the theatre, Disney has released high-res pictures of them for all to see.

As part of a piece in Entertainment Weekly about Rebels‘ connections to Rogue One, Disney has released three new stills from the film showing off the tangible connections it has to the adventures of the Ghost crew — the only other one, of course, is the Yavin PA calling for “General Syndulla” over the tannoy, which unsurprisingly, would make for a rather pointless screenshot. But without further ado, here’s the rest of them!

First up is one we all spotted in the trailers — the Ghost itself flying into action above Scarif with the Rebel fleet (you can see it just off center to the bottom left, between a Y-Wing and a Hammerhead cruiser, which, incidentally, also made its debut in Rebels):

But that’s not actually the only time you see the Ghost either — back on Yavin, before Jyn and Cassian head off to Jedha, an overhead view of the Rebel base shows us the Ghost nestled off amongst the X-Wings and other ships of the Alliance, in the top left corner of this picture:

Finally, the toughest Rebels egg to spot: rambunctious droid Chopper makes a blink-and-you’ll-miss-it cameo in the film, just as Mon Mothma is alerted to the fighting at Scarif. You can see him on the far left of this picture, trundling his way past some Rebel pilots:

It’s really cool to see so much love for Rebels actually make its way beyond the show and onto the big screen. But while we’ve seen the world of Rebels rendered into the live-action Star Wars saga, is there any chance we could see the events of Rogue One play out in the animated world of Rebels? Well, according to executive producer Dave Filoni, it could possibly happen one day:

I already have some theories about the story behind it. I can imagine doing that entire [Scarif] battle from their point of view, whoever is on the Ghost at that point.

Hell, it might even be the best way to end the show — a moment that ties together all these stories in the galaxy far, far away.