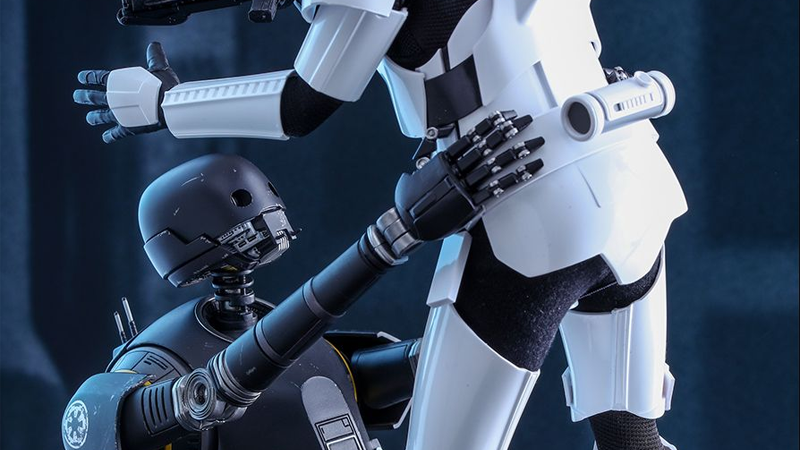 That's clearly what he's doing to this poor Stormtrooper, right?

Hot Toys is slowly working its way through unveiling its full collection of Rogue One figures — we've had the Deathtroopers, we've had Jyn and Chirrut, and now, we've got everyone's favourite, non-shit-giving droid, K-2SO. 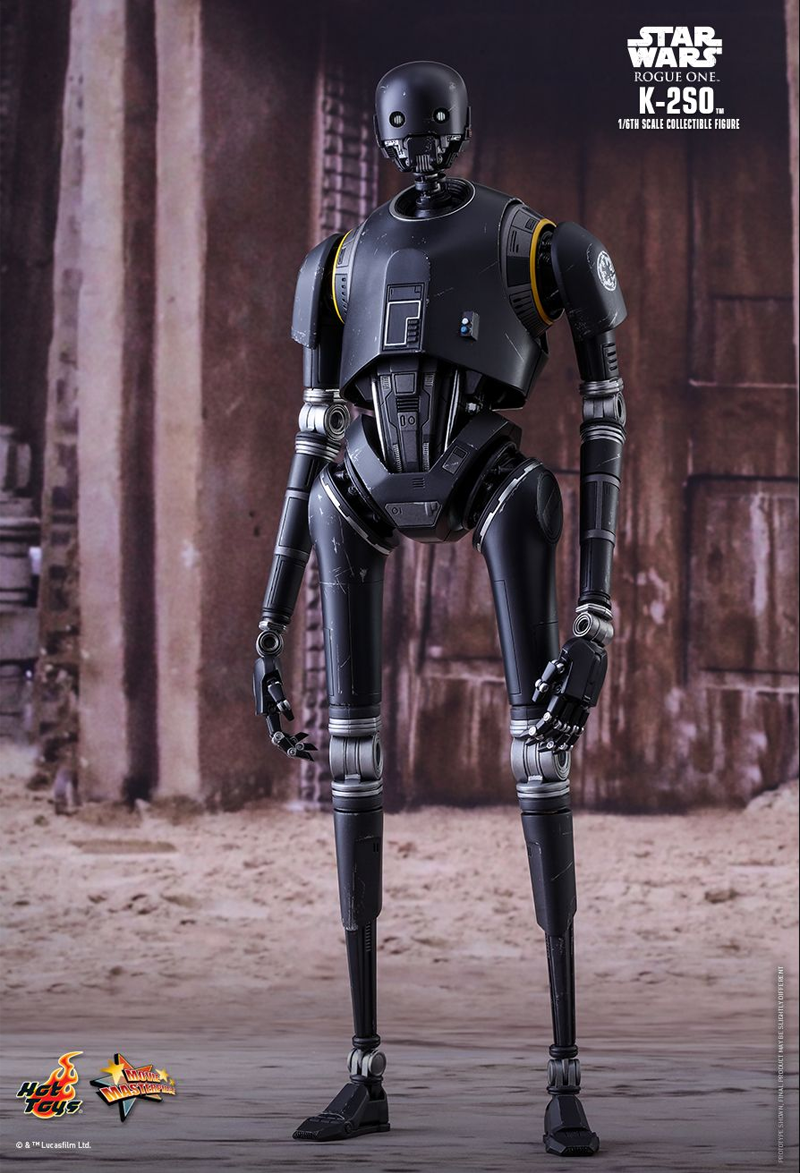 As befitting the lanky droid's stature in the movie, Hot Toy's K-2SO clocks in at a lofty 36cm tall (that's about 9cm taller that Jyn, so there's an impressive difference between the two). He's got some glowing eyes, a blaster pistol and grenade, and he unfortunately does not have the dry humour of an Alan-Tudyk-voiced sound chip. That's pretty much all you get with him. 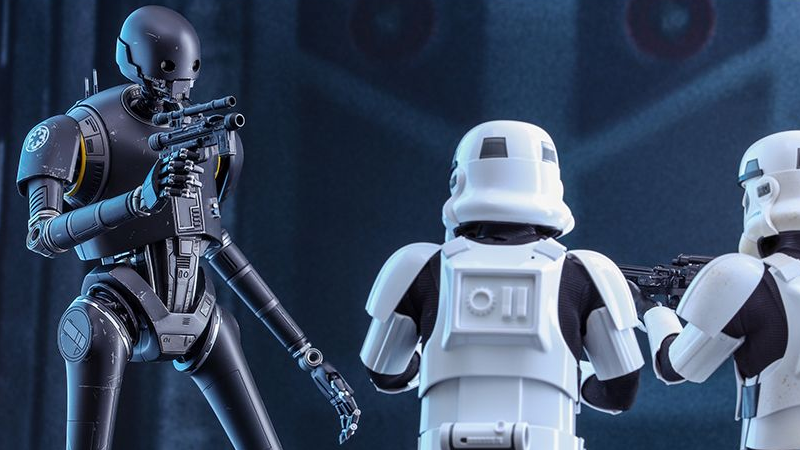 Which is a bit of a shame compared to other Hot Toys figures, but I guess the uniqueness of K-2SO's almost skeletal design is the appeal, rather than a bunch of cool gizmos. Plus, if he's actually sturdy enough with those tiny joints to be able to heft up a Hot Toys stormtrooper, then at least he's impressively put together. 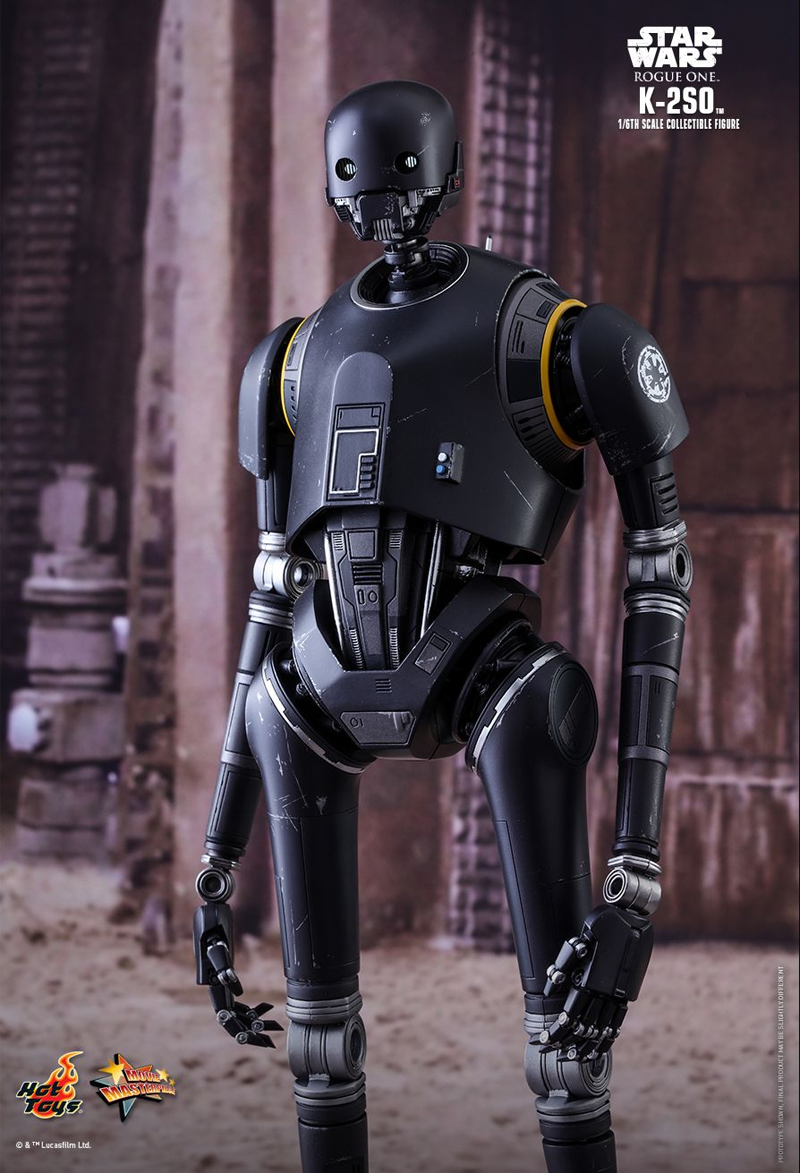