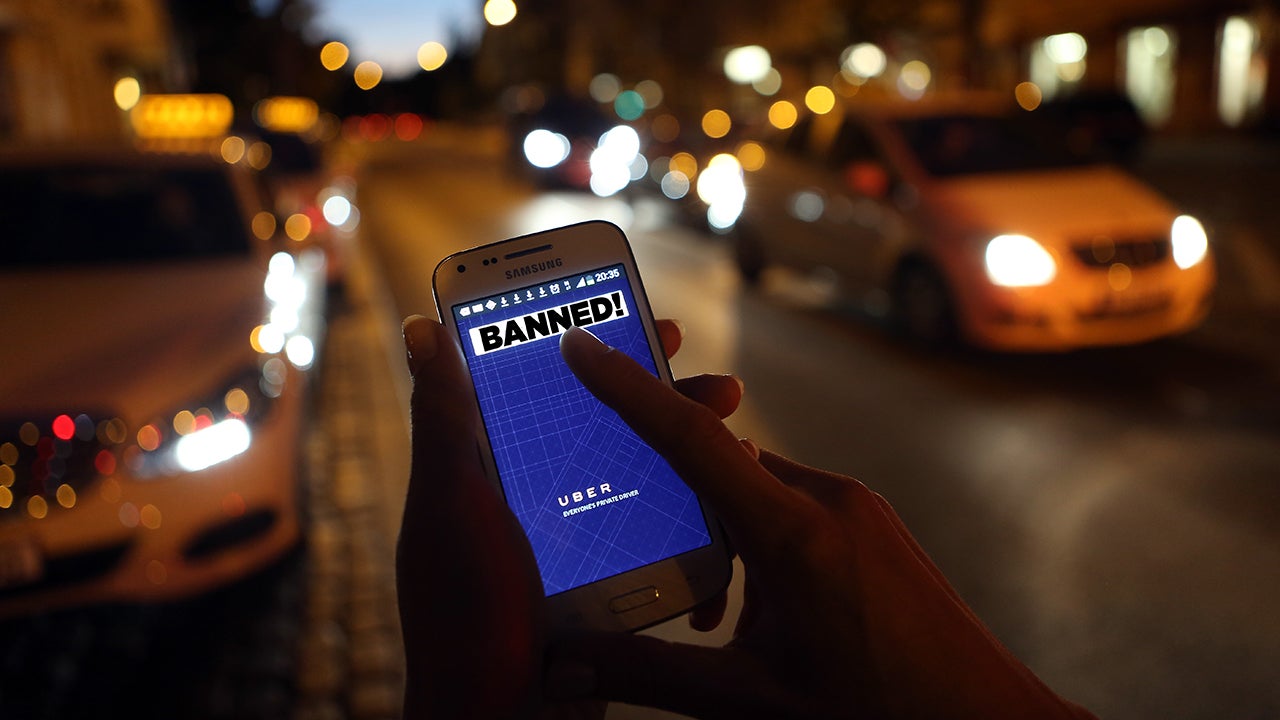 In an effort to be more transparent, Uber publicly revealed what a customer would have to do to get banned from the service, posting a list of bannable offences on its website.

"If we are made aware of these kinds of problematic behaviour, we will contact you so we can investigate them," Uber explained. During the investigation, the company could put a hold on your account, "depending on the nature of the concern".

Here are the five ways for a customer to get banned from Uber, ranked from least sexy to most sexy:

5. Damaging the property of your driver or another passenger.

Sure, smashing a car window has a certain raw, terrifying sexiness to it, but "intentionally spilling food or drink, smoking, or vomiting due to excessive alcohol consumption" doesn't quite get me where I need to be.

You're not allowed to "ask overly personal questions" or make verbal threats or "comments or gestures that are aggressive, sexual, discriminatory, or disrespectful". Harassment — both sexual and otherwise — is not sexy.

3. Making unwanted contact with the driver or a fellow passenger once the trip is over.

Uber prohibits "texting, calling, or visiting someone in person after a ride has been completed". Stalking isn't sexy — yet I couldn't help but feel a tingle of *something* while watching great psychosexual thrillers like Single White Female and Basic Instinct.

2. Breaking the law while using Uber

There's an inherent sexiness to breaking the law — why does doing something wrong feel so right? Who doesn't lust after a bad boy or girl every once in a while? Uber warns specifically against having open containers of alcohol, "travelling in large groups that exceed the number of seat belts in the car", using the car for human and/or drug trafficking and "asking drivers to break local traffic laws such as speed limits". Driving 160km/h is sexy, albeit dangerous. Human trafficking is not sexy. Drug trafficking could be sexy, depending on the circumstances. Being smushed in the back of an Uber with six friends is either incredibly erotic or an absolute nightmare.

1. Screwing in an Uber

"As a reminder, Uber has a no sex rule," the company declares. There's nothing sexier than sex, especially when it's not allowed. In fact, "you shouldn't touch or flirt with other people in the car". (Also don't hit people, Uber adds.)

"If the issues raised are serious or a repeat offence, or you refuse to cooperate, you may lose access to Uber," the company concludes.

Interestingly, these guidelines only apply to the US, so maybe Australians could get away with some of this. Might be best — and politer — not to try it though.

What's the craziest and/or sexiest thing you've ever done in an Uber? Did you get banned? Tell us in the comments.