Giant Manta Rays Are More Badarse Than We Realised 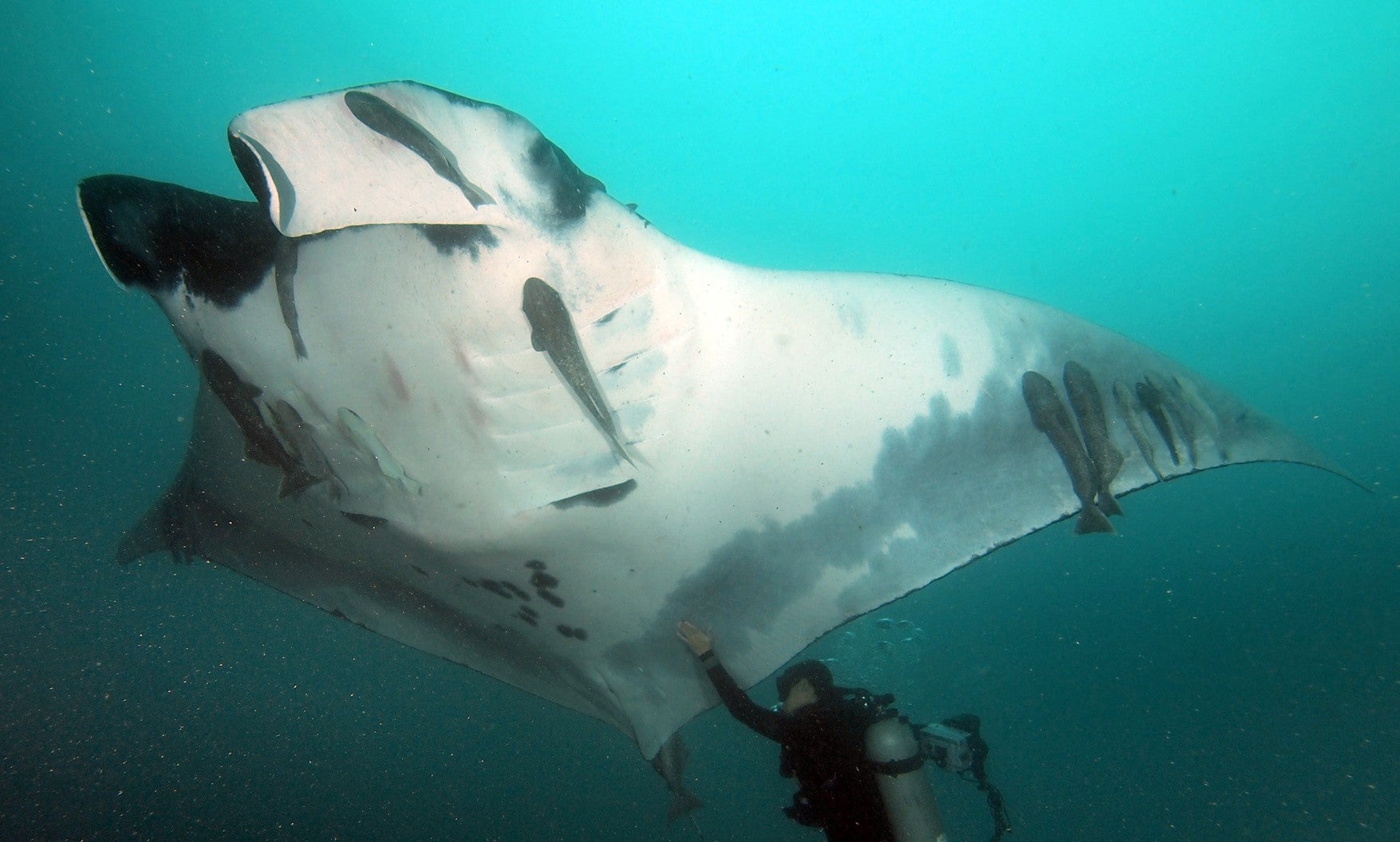 New research shows that giant manta rays, known only to consume plankton near the ocean surface, are far more predatory than we thought, swimming to extreme depths to catch their prey.

Marine biologists have struggled to determine the diet of the majestic giant manta ray, an elusive creature that can grow up to 7m across and weigh up to 1350kg. The ray is an endangered species and specimens are hard to come by owing to their broad dispersal across the ocean's tropical regions. 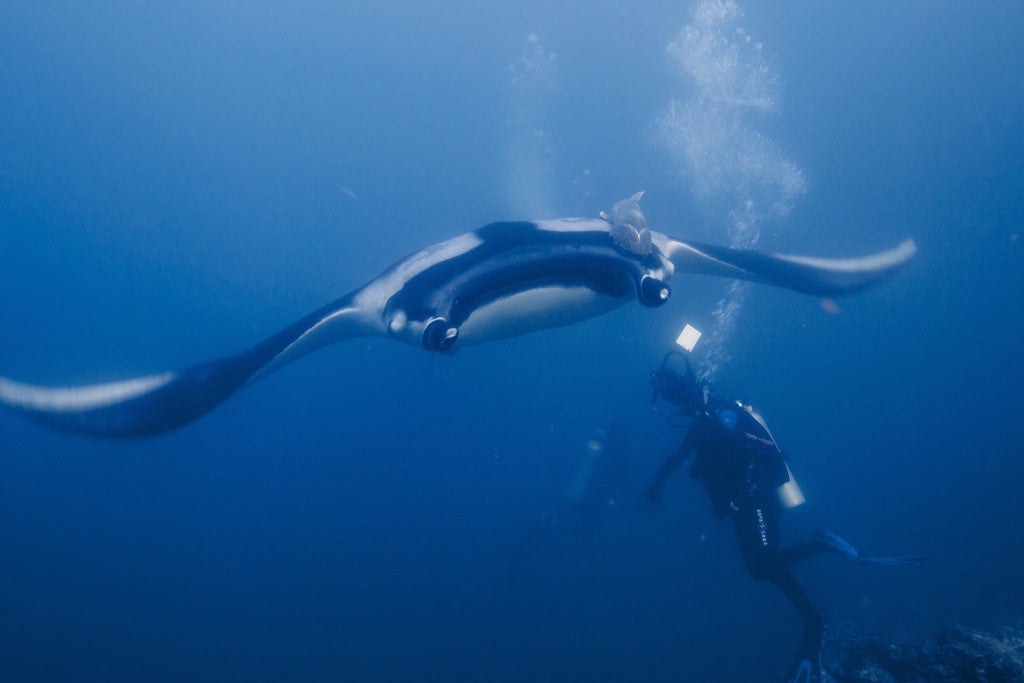 To learn more about the giant manta ray's diet, Burgess' team travelled to Isla de la Plata off the coast of Ecuador, a known aggregation area for the rays. Because giant manta rays are a protected species, the researchers weren't able to snatch a specimen and peer into its stomach — a procedure that's potentially distressing and lethal. Instead, the researchers applied the "you are what you eat" principle to the problem.

"We studied the giant manta rays' diet using biochemical tests, such as stable isotope analysis," said Burgess. "These tests can determine what animals have been eating by examining a piece of tissue from a muscle biopsy from a free-swimming animal."

These skins tests showed that an average of 27 per cent of the giant manta ray's diet came from surface plankton, and 73 per cent came from what scientists call "mesopelagic" sources — a fancy term for fish and other organisms that inhabit areas of the sea between 200 to 1000m below the surface.

So it turns out that rays aren't the gentle filter feeding giants we thought they were. In reality, they're deep sea predators, gobbling up small to medium size fish — and at depths reaching a full kilometre beneath the ocean surface. The new findings are interesting, but what's needed now is actual observational evidence of rays feeding at these depths to settle the issue once and for all.

This revelation is a concern to the scientists, who worry that the deep ocean is the "next frontier for open fisheries", and a potential threat to a creature that relies on this aquatic zone for most of its food.