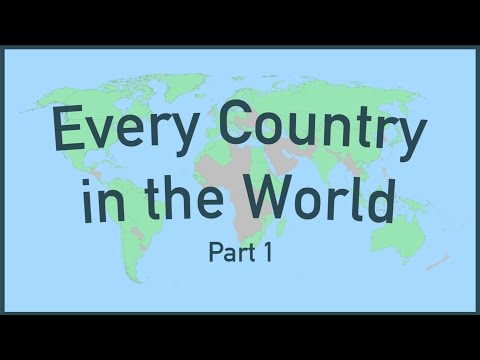 Video: If you’re a map nerd or a history buff or someone who likes to travel or just a person who enjoys learning new things, the latest video from Wendover Productions is an absolute delight to watch. It’s a quick tour of all the countries in the world (this is the first part, so exactly half the countries show up) filled with totally random but fun facts about each country.

The video jumps around the entire map and loosely links countries together that you’d never thought could be linked together. Here’s a smattering of fun tidbits from the video:

There’s so much more good stuff in this Wendover Productions video, I can feel my brain scrunching up more wrinkles as I watch it: