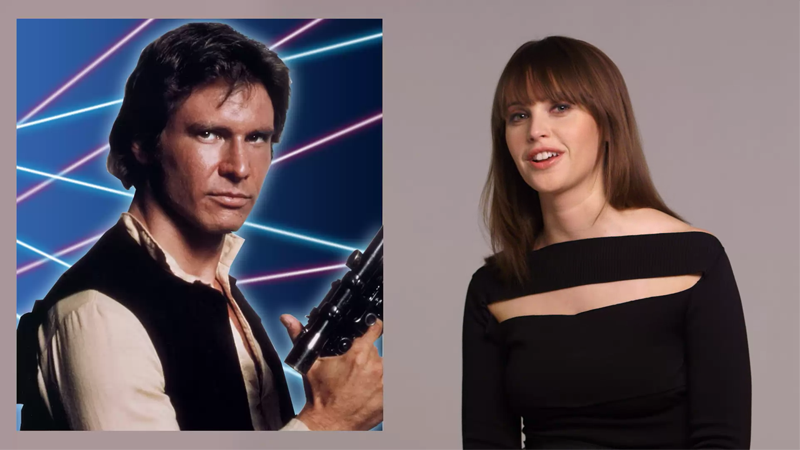 Video: It's a grim world out there, people. Let's revel in a moment of lightness — such as Rogue One star Felicity Jones granting everyone from Kylo Ren to Yoda a high school yearbook superlative.

Shot for Glamour, the cute video reveals a side to the characters of Star Wars you've never seen (or probably imagined) before. Who's most likely to regift your Christmas present this year? Most likely to dance to a Beyoncé hit when they're alone? Listen to Jones' nuggets of high school knowledge in the video below.